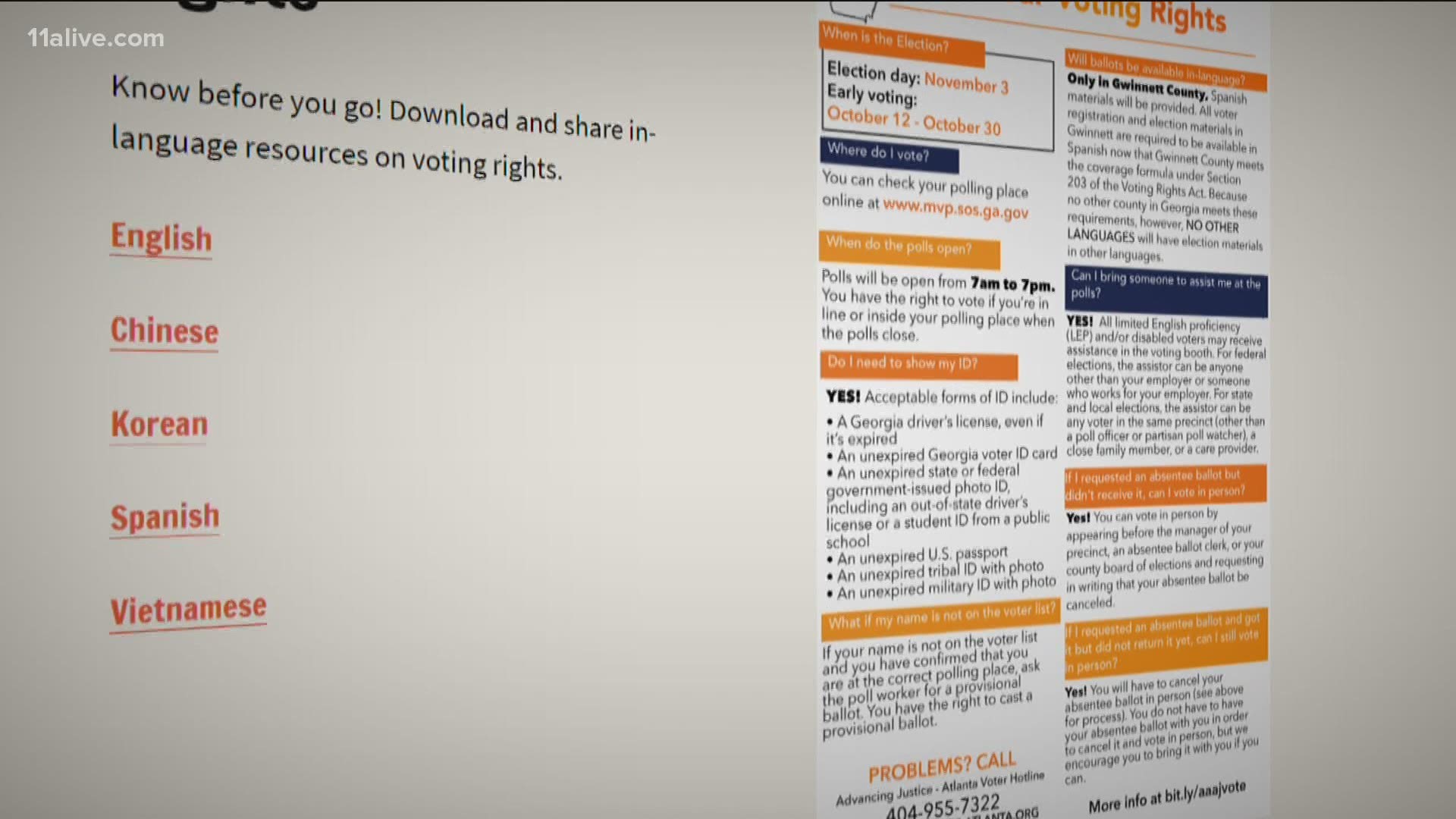 ATLANTA — The Asian Americans Advancing Justice Atlanta organization has been working all year to get Asian-American voters engaged and big part of their work was translating voter material in multiple different Asian languages.

That’s helpful for someone like Chimeng Yang, who has had to be a translator for his parents most of his life. They speak Hmong.

“A big part right now, is politics and voting,” he said.

Yang said although they couldn’t speak English or read, they knew as American citizens, they had a civic duty.

“They don’t just ask us to translate for something they don’t care about so they know it’s something important and they know they want to do the right thing and have their input,” Yang told 11Alive’s Chenue Her.

That’s what non-profit Asian Americans Advancing Justice Atlanta wants all Asian-American voters to do: be engaged and be informed even if you don’t speak English.

“With the election now, there’s been a lot of misinformation in the community so for us, it’s just making sure that we’re constantly putting that information out in our languages because the counties and the states, for elections, do not provide any Asian languages and voting materials here in Georgia,” said Stephanie Cho, Executive Director of the organization.

She said their organization has translated voting guides and materials into several Asian languages.

In Georgia, Asian-American voters make up about 2.5 percent of all voters statewide, according to the Secretary of State’s office.

Nationwide, a Pew Research Center study shows this base makes up 11 million voters, which is nearly 5 percent of all voters.

For Yang, he sees more than just a statistic, but a dream come true for his refugee parents.

“That’s the most important thing to them because they never had that opportunity back then so now they get to have a voice,” he said.

Cho said their organization also has a phone bank set up with translators on hand who can get people information before they go to the polls.