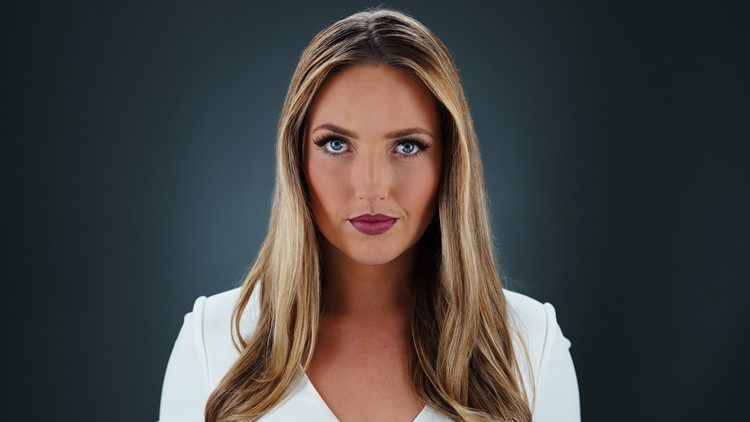 Christie Ethridge Diez is a reporter for the Emmy-award winning morning show Morning Rush, anchor for 11Alive Weekend Mornings and creator of the weekly series Behind the Headline.

She was an integral part of the newscast awarded 2018’s EMMY for Best Morning Newscast for a 2-hour coverage of the impending hurricane, Hurricane Michael, in the Gulf of Mexico. Christie was the only live reporter on location in Panama City Beach during those two hours (5-7 a.m.) giving minute-by-minute updates on live evacuation orders, sirens, and rising waters for the only Category 5 hurricane to hit the Gulf. When the weather was too dangerous to broadcast, she was live-streaming from her phone and posting updates on social media, even as the roof of the hotel where she was sheltering started to rip off. The year before, she was at the center of another storm as the only live reporter to broadcast from Tybee Island as Hurricane Irma hit the Georgia coast.

Christie was selected for the 11Alive Team in July 2017. During the past several years she has distinguished herself as a multi-skilled journalist, who finds, writes, shoots, and edits all her own stories. As a contributing member of the Morning Rush team, she reports live Monday-Wednesday either in-studio or out in the field. Each Thursday she leaves a story for the weekly series she created called Behind the Headline, which takes a deeper look at a top headline the station has covered.

On the weekends, Christie remains focused on providing relevant up-to-date information as anchor for 11Alive Weekend Mornings. When another member of the Morning Rush team is out, you’ll see Christie filling in on the anchor desk.  No time for rest for Christie and that’s how she likes it.

She honed her skills as an anchor and reporter during her five years in Augusta at the CBS/NBC station WRDW/WAGT. She started as a multi-skilled journalist, and within a short time, was promoted to First at Five Anchor. While in Richmond County, she field-anchored from Augusta National during the Masters, covered Arnold Palmer’s last ride to First Tee, and filmed the interview for Gary Player. In Augusta she also learned how critical weather reporting can be. She spent three nights on the floor of the Emergency Operations Center when an ice storm crippled the city, reporting on updates 24/7. She interviewed former National Guard General, now U.S. Attorney, Bobby Christine and Gov. Nathan Deal as they surveyed the damage. Her award-winning investigation into a fatal fire at a retirement community helped change standards for building codes in the area.

Since returning to her native Atlanta, she has garnered one-on-one interviews with civil rights icon Ambassador Andrew Young on his return to the pulpit, Attorney General Chris Carr on Atlanta’s sex trafficking epidemic, and interviewed students from Marjory Stoneman Douglas High School during the March for Our Lives in Washington, D.C. She also rode (and slept!) on a charter bus from Atlanta to Pasadena, California as she documented one group’s historic ride to cheer on the University of Georgia Bulldogs in the Rose Bowl. Using a headlamp, she shot and edited all her stories while on the bus for 37 straight hours. Only a true Dawg fan would volunteer for such a ride!

As a true Atlantan, Christie continues the traditions at the heart of the city. She joined the Runner Cam Team for the Peachtree Road Race. She had been running it with her Dad since she was 11 years old. She also covered Atlanta United’s parade as it took over the streets of downtown after their first MLS championship win. She is a big fan of local professional, college and high school sports and enjoys working out when she is not working.

No matter where she is, you’ll likely see a cup of coffee in her hand. Be on the lookout for her newest project, Coffee with Christie, coming soon!

She pours her heart into whatever she’s covering to bring you the story from a comprehensive perspective. Send her story ideas to cethridge@11alive.com.