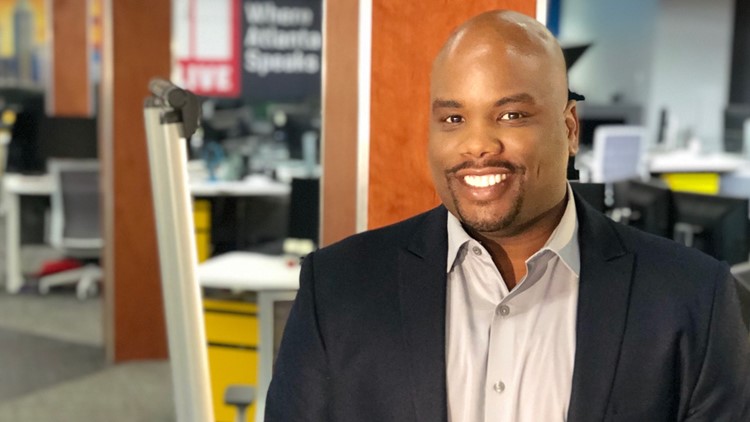 Photo by: Nick Sturdivant
Ryan J. Dennis is a producer and reporter for 11Alive's entertainment franchise "The A-Scene".

He's thrilled to be a part of the station's team of innovative storytellers!

Ryan comes from the City of Brotherly Love where he was the Senior Web Producer of FOX29.com and reported on digital trends on Good Day Philadelphia’s “The Trend”.

A multimedia journalist trained during the break of Journalism 2.0, Ryan has created a mark in the media industry through traditional and digital storytelling. His multimedia strengths have led him to a successful career working with major media outlets including CBS, WeTV, The CW and the Pittsburgh Tribune.

While studying broadcast journalism and digital media at Point Park University, Ryan earned an apprenticeship and produced content for WBGN-TV.

Ryan joined FOX 29 during his senior year of college as a production assistant and eventually became an assignment editor. In this role, he helped manage breaking news coverage, dispatched a chopper during live shows, and assigned stories from police, fire, and local government contacts. His passion for the evolution of social media and television earned him a leadership position at the station.

Ryan’s career has also led him to helping brands and small businesses enhance their visibility as a digital media consultant.

A self-described “pop culture pundit,” Ryan has been featured on TMZ Live and The Insider for his commentary on what goes on behind the scenes in the entertainment industry.

In his spare time, you can catch Ryan exploring the cultural arts scene of Atlanta.

"Continue to be who and how you are, to astonish a mean world with your acts of kindness. Continue to allow humor to lighten the burden of your tender heart." - Maya Angelou

What story needs to be told? Reach out to Ryan now: