Biochemistry student Andrea Gathercole won the $100,000 during halftime at the SEC conference championship game on Dec. 7. 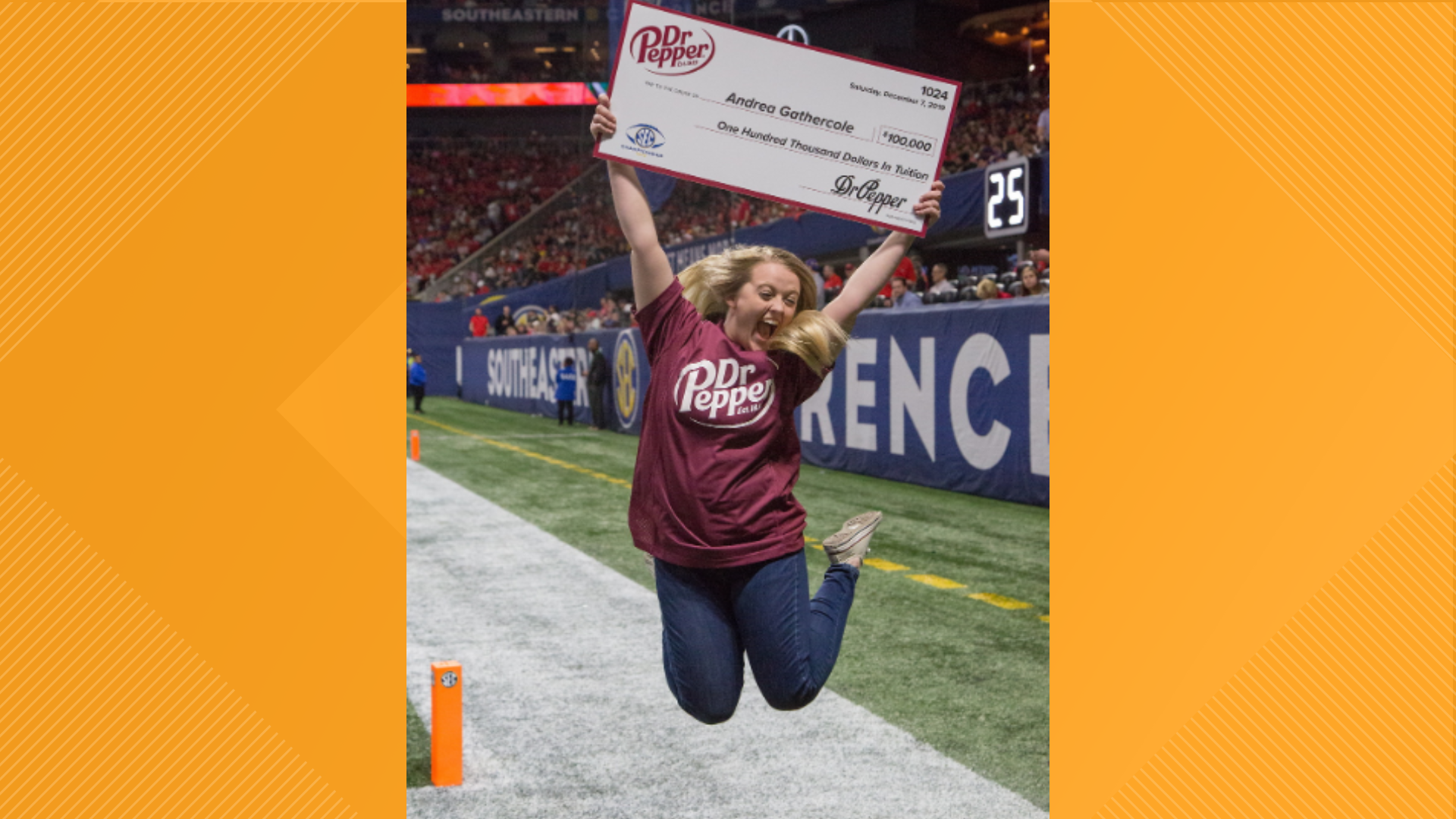 WACO, Texas — According to the U.S. Department of Education, Baylor is the fourth most expensive school in the state of Texas. Tuition is about $60,233 a year, so imagine the excitement a Baylor student felt when Dr. Pepper awarded her $100,000 in tuition.

Biochemistry student Andrea Gathercole won the $100,000 during halftime at the SEC conference championship game on Dec. 7. Gathercole won by throwing the most footballs into an oversized Dr. Pepper can in just 30 seconds.

"I've never played football. I was in band in high school," Gathercole said.

Because her dad filled in as coach, the Baylor Athletic Department gave Gathercole footballs to practice with.

"I would just go out in the back yard and throw those footballs every single day until it kind of became muscle memory," Gathercole said.

After submitting a video, and eventually becoming a finalist, Gathercole become one of four students to win.

“What an amazing weekend! On behalf of everyone at Dr Pepper, I would like to extend our gratitude and congratulations to everyone that participated in this year’s Tuition Giveaway program,” Derek Dabrowski, Vice President of Brand Marketing for Dr Pepper said. “Dr Pepper has a long-standing commitment to college football and its fans, and this program demonstrates that dedication by enabling students to pursue their academic goals. We are incredibly proud of this year’s winners and we can’t wait to see how they will impact the world around them.”

"The financial burden it would lift off me so I could continue to chase my dreams without having to worry about how ’I’m going to pay for my next semester," Gathercole said.

Winning will allow Gathercole to completely focus on her studies and her dreams of helping the community, specifically in her hometown of Baton rouge.

"Just knowing the amount of impact you can make whenever something significant like a natural disaster occurs in these areas, I knew that is what I wanted to go into."

After graduating from Baylor she plans to attend medical school.