The annual event brings out thousands each year. 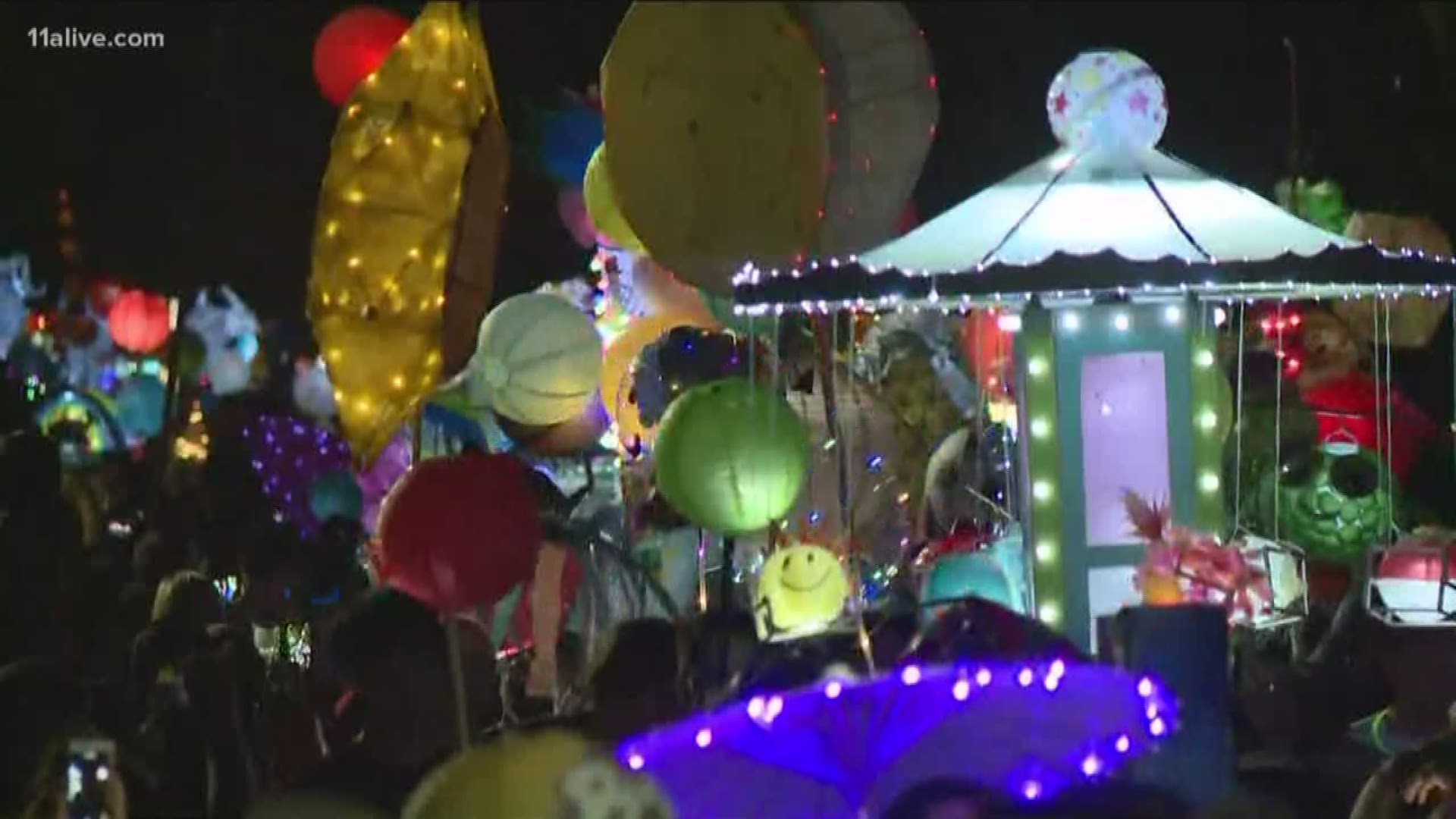 ATLANTA — One of Intown's most colorful events celebrated its 10th year on the Atlanta BeltLine, Saturday.

Having debuted in 2010, the Atlanta BeltLine Lantern Parade has been growing by huge numbers since then providing a massive light show on one of the city's most popular trails.

The Parade began on Saturday night on the Eastside Trail at the Irwin Street - Lake Avenue intersection and wound its way into Piedmont Park.  As always, the event was free and open to participants with the only requirement being a lantern.

The parade saw some familiar favorites pass along the BeltLine while also welcoming new additions - and a huge crowd of onlookers who came out to enjoy the event.