Mick Jagger was 'out and about' in Charlotte. Here's where he wound up

Jagger shared a photo on social media with the caption "out and about last night in Charlotte" showing him posted in front of the beloved Thirsty Beaver Saloon. 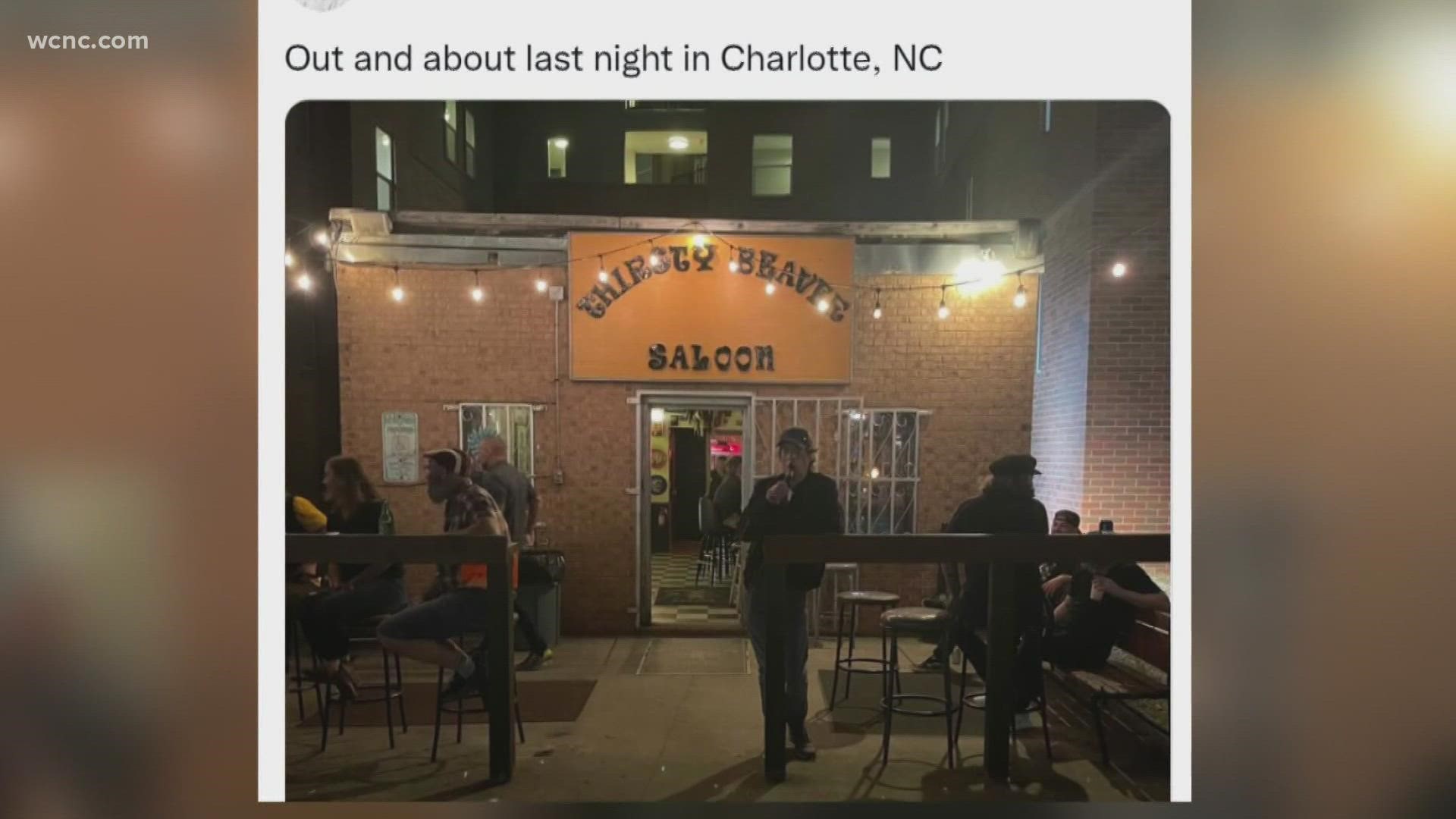 CHARLOTTE, N.C. — The Rolling Stones are playing Charlotte Thursday night but at least one member of the iconic rock band has found one of the Queen City's hidden gems.

Frontman Mick Jagger tweeted a photo Thursday morning of him enjoying a drink at the Thirsty Beaver Saloon on Central Avenue in Plaza Midwood. For anyone familiar, the Beaver is a tiny dive bar in the heart of Plaza Midwood that has survived redevelopment and looks hilariously out of place with giant apartments around it on three sides.

Out and about last night in Charlotte, NC pic.twitter.com/BWssvivAII

Jagger and the Stones kicked off their "No Filter" tour in St. Louis Sunday. They'll entertain a huge crowd at Bank of America Stadium in Uptown Thursday before heading north to Pittsburgh, Pennsylvania, Oct. 4.

Charlie Watts, the longtime drummer for the band, died last month at 80. Watts' publicist announced he passed away peacefully, surrounded by family. Watts had already announced he wouldn't tour with the Stones because of an undefined health issue.

The tour was postponed multiple times due to COVID-19. Superstars Billy Joel and Elton John also rescheduled upcoming Charlotte shows until 2022. Country superstar Garth Brooks was forced to cancel his Charlotte date due to the pandemic. It's unclear when Brooks will return to the Queen City.