For the 64-member North Atlanta HS Orchestra and Band it was an experience that will last a lifetime--performing on the stage of New York's Carnegie Hall, one of the world foremost concert stages. 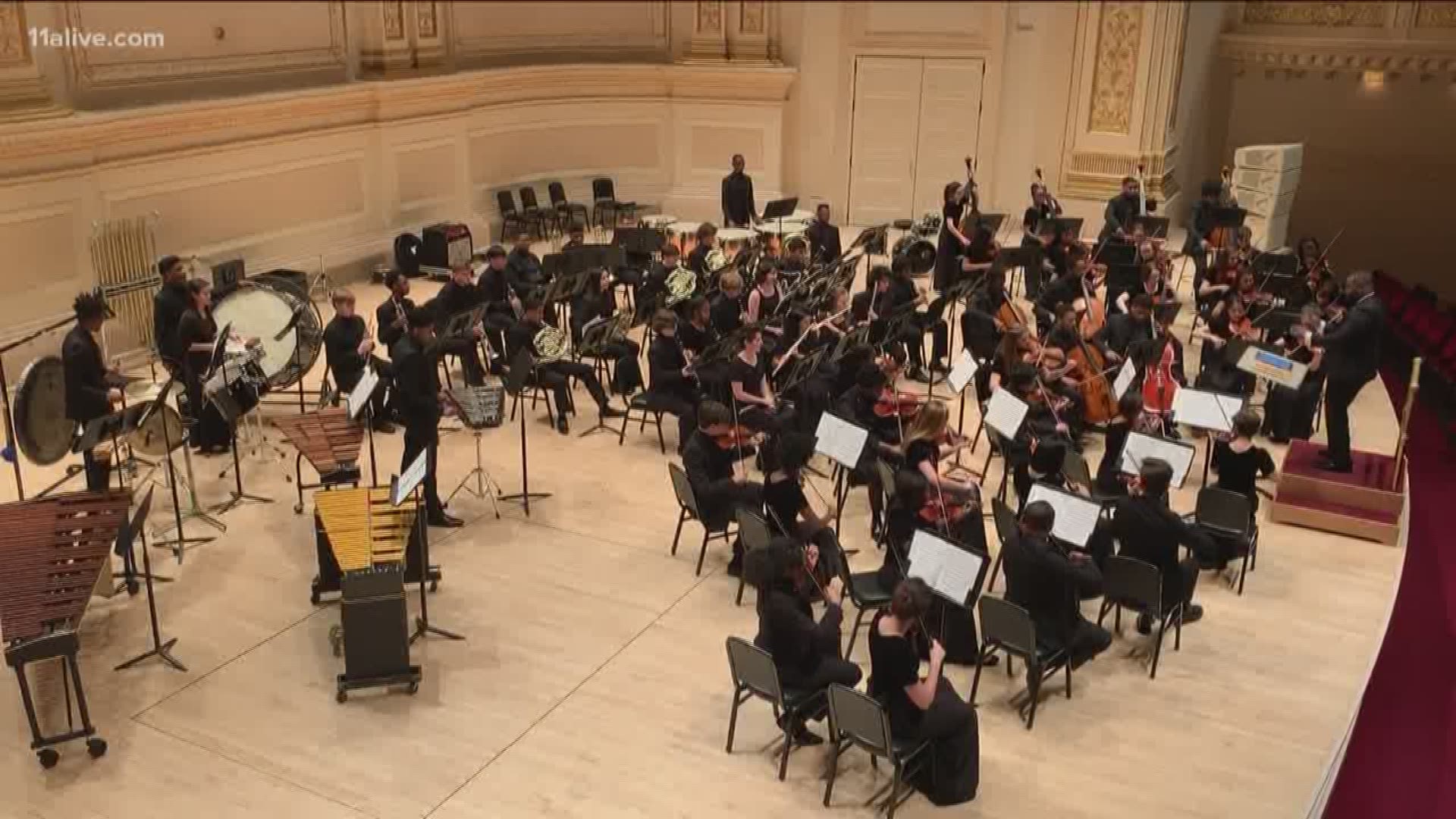 ATLANTA, Georgia — It is one of the grandest musical achievements - performing at New York's famous and historic Carnegie Hall.

On its premiere stage over the years has been some of the most famous names and groups in music - Frank Sinatra, Leonard Bernstein, Judy Garland, The Rolling Stones, The Beach Boys, and now the North Atlanta High School's Orchestra and Band.

For the musicians of North Atlanta High, it’s a moment and goal they have been working toward since last March -  and now it is here.

They got the chance to be on stage at Carnegie Hall to perform three pieces in front of an excited audience as part of the Instrumental Music Festival.

For the students it was an experience they would long remember.

“At the beginning I was a little nervous, but the more and more that we played, I felt a sense of accomplishment, knowing from the moment we started in March of last year how it would pay off,” said Patrick Daniel, who plays violin.

“It was really an experience of a lifetime and it was so magical to see everyone come together," she said.

The Orchestra said the time passed quickly as they made final preparations and headed up the elevators to the concert stage.

In front the largest audience the orchestra had ever seen, it was time to hit a historic note. And that, said the orchestra conductor Stephen Lawrence, they did.

They ended the program with Gershwin’s “An American in Paris.”

“Our performance was phenomenal. The kids did great. The audience was so receiving, and it’s something that I think will definitely be a memory that they will have for the rest of their lives,” Lawrence said.

What does the future hold for the North Atlanta High School Orchestra?

They are now working on plans for a concert in Los Angeles later this year. and will perform a Spring concert at the high school in April.