In an exclusive interview with 11Alive, the rap artist denied claims of drugs being sold out of his apartment and said that he's learned a bit about the power of social media since his arrest. 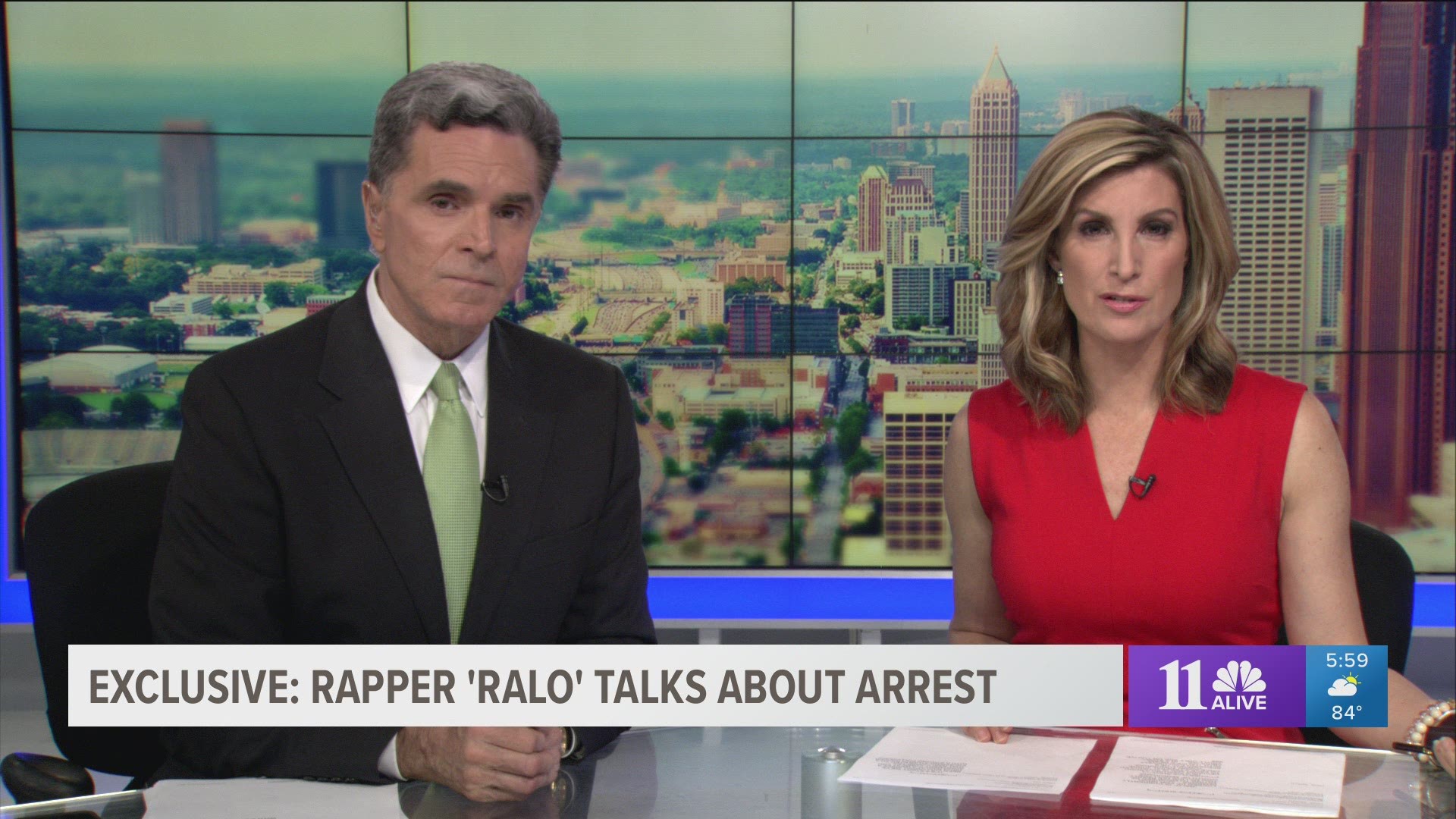 Georgia-based rapper Ralo tells 11Alive his recent arrest has shown him the power of social media - and how much influence he has on it.

"I feel like they kind of wrongfully targeted me," Ralo said of the arrest.

The 23-year-old Atlanta native whose legal name is Terrell Davis, is facing federal conspiracy and marijuana possession charges connected to the gang "Famerica" of which the feds said he was the leader.

A federal affidavit stated that “at [Ralo’s] direction, gang members sell drugs and firearms and engage in other traditional gang activities.”

Ralo couldn't go into details about the case itself, but the aftermath and details surrounding the arrest did come up when he spoke with 11Alive's Neima Abdulahi.

“No drugs were ever sold out of my apartment complex," he said. "All the cars were stuff that I bought. None of it was for me. That was for my family. They took my family’s cars.”

The rapper also said that the inclusion of his social media account in the criminal complaint and indictment brought him to a pretty powerful realization.

"It let me know that social media is probably one of the strongest things in our lives right now," he said.

It also showed just how many eyes are on him.

"Not realize how big I was and how powerful I was," Ralo said. "I have to know whatever I say, it's going to follow me and people gone take it in very hard."

Out of all the news coming out of the arrest, Ralo said he appreciated the support of those around the country.

"I'm very appreciative of everything everybody's doing for me," he said.

For now, it's a waiting game for the young rapper whose next big day will be Thursday. That's when he hopes the judge will reconsider his bond.