“At the end of the day, I feel like a walking business...I don’t have time to be off track right now.” 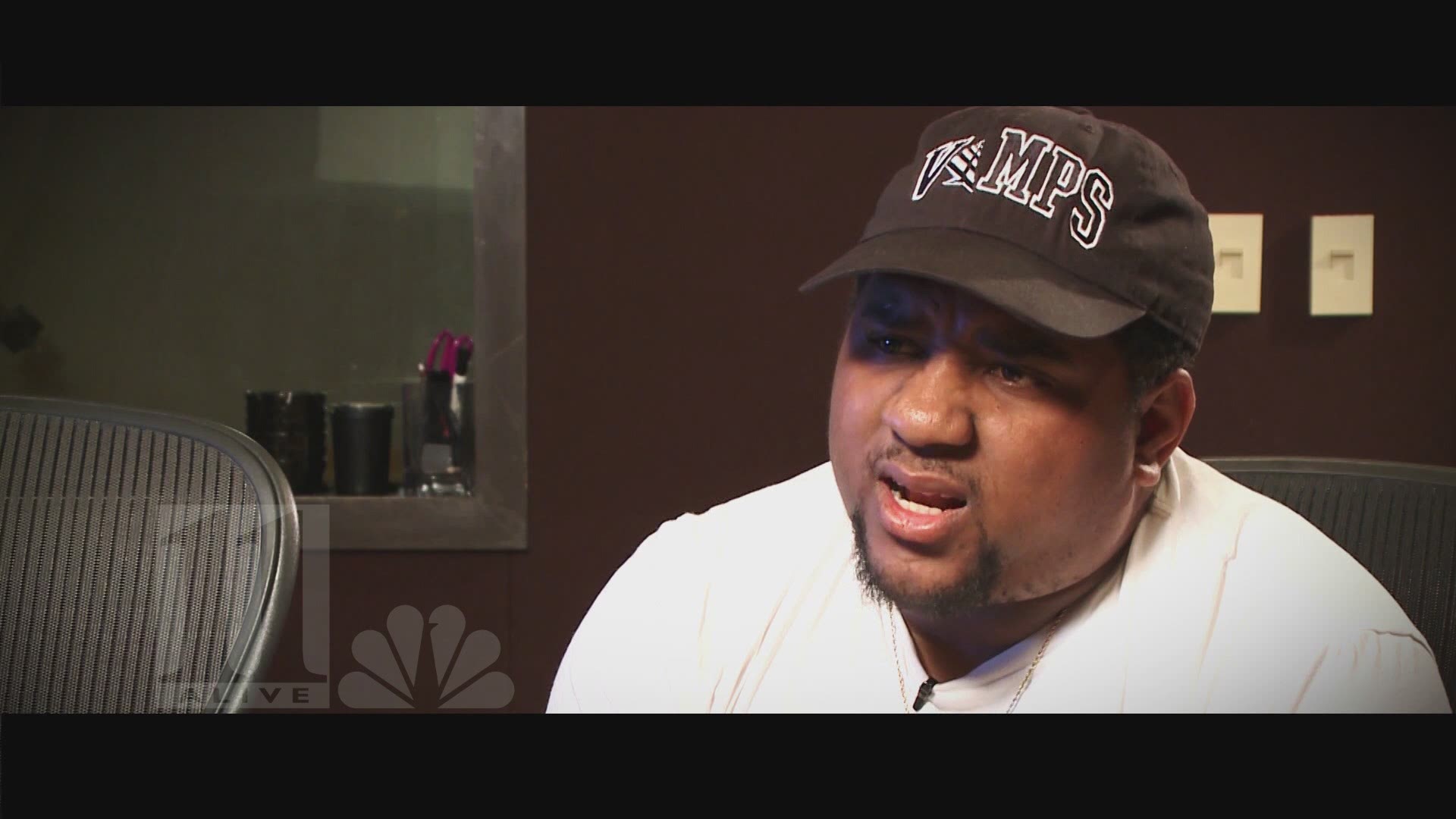 You can’t mention Atlanta hip-hop music and not include Mr. Zone 6 himself, Gucci Mane.

There’s no doubt about it -- Gucci Mane has had an influential career from the early-2000s to now, managing to make a name for himself in the hip-hop hierarchy.

But while he was making quality trap music that made him a multi-millionaire, he said he became just that -- trapped. Living a life where his real name, Radric Davis, would be known by police officers, judges and attorneys.

11Alive’s Neima Abdulahi sat down with the trap music pioneer to hear his testimony about the rap game…and the many obstacles he faced along the way.

Neima: “Your career has been all over the news, whether it’s your run-ins, your courtroom hearings, or your music. When you reflect on that, what are your thoughts on just how public your life has been?”

Gucci: “I was thinking about that when I came up in here. The last time I was on 11Alive it wasn’t the same kind of thing. You gotta take the good with the bad. I’m just as proud about the good things that I’ve done. I’m proud that I went through what I went through and I’m here now.”

He now wears a smile like it’s a lifestyle, but it took a lot for him to get to this point. 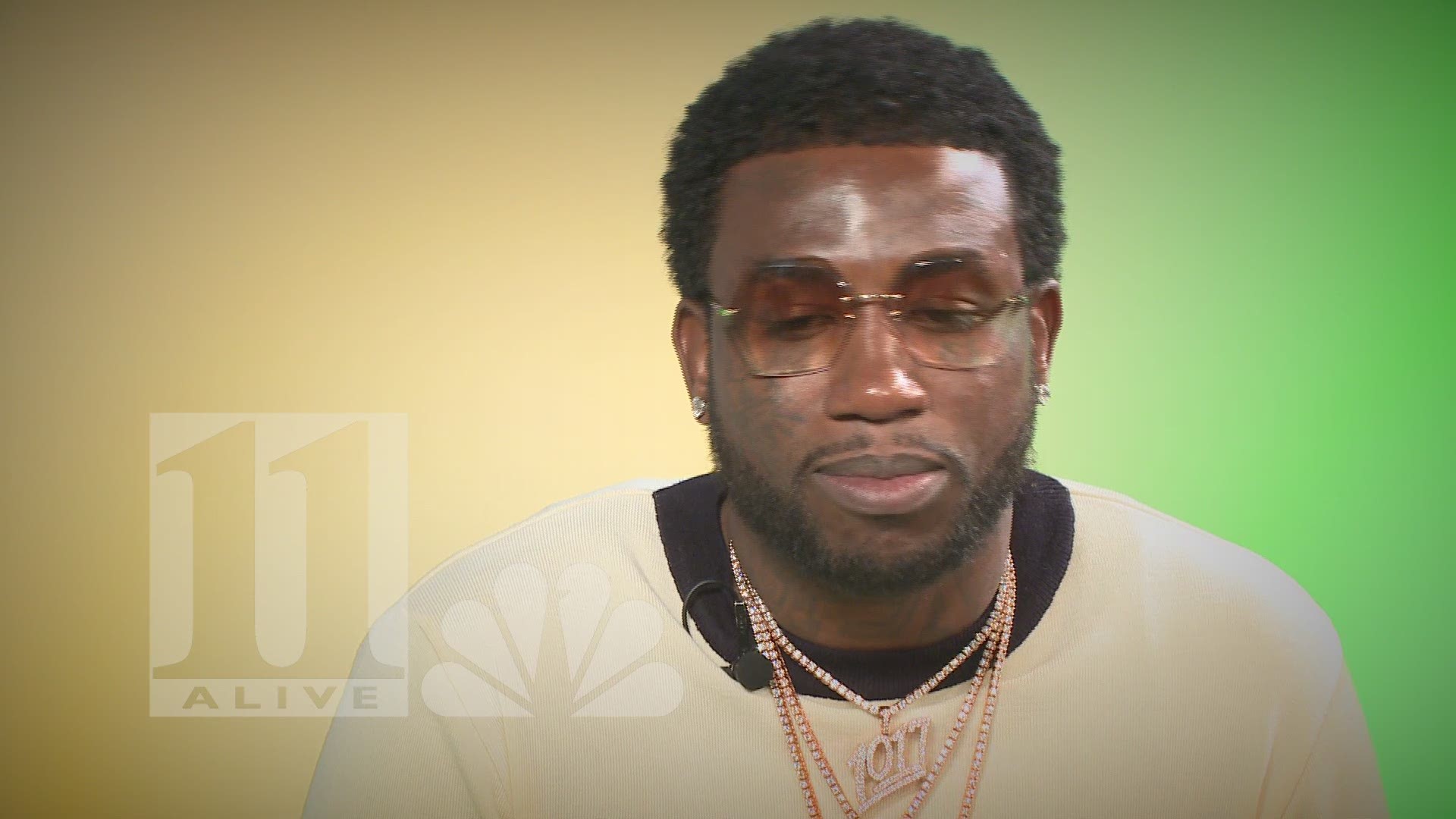 From humble beginnings -- going from rags to riches like many hip-hop artists -- Gucci Mane’s journey started when he moved to East Atlanta at the age of 9. To Bouldercrest to be exact. That’s where he made a name for himself.

“It’s like a tourist attraction, now, for somebody not from Atlanta. But it wasn’t glamorous,” he said. “I rap about it because I’m proud that I came from there, and this is what I’m doing now. But it was hard.”

Gucci Mane said he grew up poor. Eviction notices on the door. Relying on free lunch at school to eat. “Everyday, feeling like you don’t know if the lights will be on,” he recalled. “You feel so proud if you make it out of there. That you’re a multi-millionaire. That you can help somebody else. It’s like a testimony.”

Gucci Mane recently went on a national tour for the first time in his career, and he’ll be sharing his full story in an autobiography expected to be released in September. Both are milestones for the rapper-turned-businessman, because in the past, he wasn’t able to commit to a long-term tour in part from the in-and-out cycle of going to jail. Something he encourages others to avoid.

Neima: “A lot of young artists think that they have to live the lyrics that rappers are rapping about. When you meet young artists, do you warn them about the dangers of the hip-hop game, and trying to be about that life?”

Gucci: “I mentor artists. I tell them, ‘Listen. I’m not trying to be cool. This ain’t no slang. This ain’t about trying to be hip. I’m telling you this as an older brother. This what I went through. I bump my head. It was hard. It was hard. It was a challenge. You ain’t gotta do that.’ I try to cut all the playing out and talk to them serious. You can really just throw all this stuff away. It don’t take nothing but one mistake.”

A mistake that easily could have ended it all for him. But instead, he’s using his troubled past to help others influenced by the rap culture.

“I was on such a destructive path,” Gucci Mane reflected. “When everything was away from me, it made me grateful and appreciative. You got an opportunity that a lot of people wish they had. That a lot of people are working for everyday. And now that you got a chance to do it, you gotta appreciate it. I really took it for granted. I was going through so much because I didn’t appreciate it.”

He promised that his recent jail release would be his last, especially after turning his life around and proposing to his girlfriend Keyshia Ka'oir in a now-viral video. He’s also found a focus on his career.

“I haven’t done drugs in over four years. I just feel like it just gives me clarity. I feel like it just makes my music even better. It makes me handle business better. And I get so much done in a day,” he said. “At the end of the day, I feel like a walking business. I’m a walking corporation. So many people eat off of me, I take on such a huge responsibility. I don’t have time to be off track right now.”

Gucci Mane said being one of the trap music pioneers is something to be proud of. He’s been featured in hundreds of mixtapes and more than a thousand songs. And he’s dropping new music at a fast pace, a pace he’s kept up for more than a decade. But, as every rapper does, he hopes his legacy -- his music -- will be a lasting one.

“My legacy is the story of the underdog,” Gucci said. “Somebody who, you know, was thrown so many hurdles, and jumped them.”