Beth Cole gave up her daughter for adoption in 1993. Now, 27 years later, they have reunited. 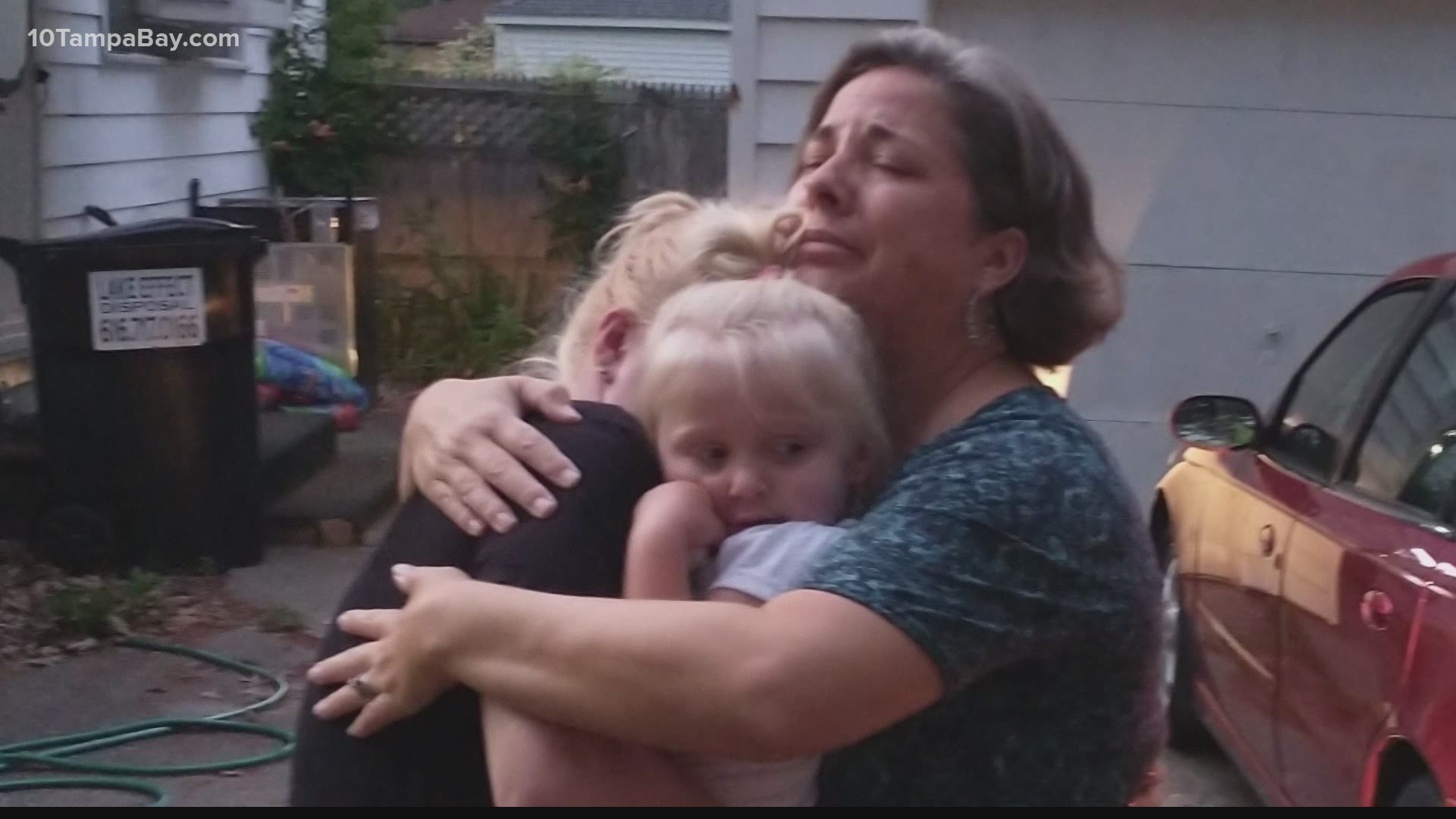 TAMPA, Fla. — Beth Cole has led a fulfilling life with blessings around every corner. She lives with her husband, David, and three children in Lutz. She’s happy but has never hidden the fact she had another child somewhere in the world.

“Like anything in life, choices have consequences,” said Cole.

At 19, while a sophomore at Taylor University in Indiana, Cole got pregnant. She was presented her with a critical decision – try to raise the child as a single, teenage parent or give the baby up for adoption.

“For me, choosing life was always going to be the option,” she said. “It just really seemed, for me, adoption was just a win-win scenario. It’s a joy that I would have been able to give to another family.”

Rebecca was born on October 3, 1993. Cole passed the baby to her adoptive family and said her goodbyes. The only real contact she had with her daughter, whom she loved dearly, came through a single school photo that arrived in a manilla envelope every year on Rebecca’s birthday.

She cherished those photos.

“I never regretted my decision to place. I always knew I did the right thing, but sometimes the right thing is a really hard thing to do,” said Cole, through tears.

In January 2020, Rebecca Hook, now grown up with a child of her own, felt a tugging on her heart to seek out Cole. She started digging around online and got some help from someone who could try and track her mother through birth records. Hook, who lives in Muskegon, Mich. waited for answers.

“I went online and was looking through a bunch of sites and once we had the birth certificate, they started looking for Beth,” she recalled. “I think it was the same day that I was able to give him her full legal name that he texted me pictures and said, ‘We found her. She lives in Florida’. It was just overwhelming at first.”

The two started chatting through text messages. They worked their way up to face-to-face video chats on cell phones. Cole was overjoyed to “meet” her daughter and granddaughter, Addy. It was a moment she never expected would come.

“We connected over text and video chat,” said Cole. “I was like, ‘Just to let you know I’m gonna have to see you. Like, this is going to happen, COVID or not. We’re doing this’.”

Cole flew up to Michigan to meet her daughter in July. It was a weekend filled with hugs, giggles, and bonding.

“It was so fun,” said Cole. “It was easy like we’ve always known each other.”

“It was just crazy how natural it was and how it felt like we’ve just known each other our entire lives,” she said.

Time evaporated. Soon it was time for Cole and her family to head back to Florida. The family made plans for Hook, now 27, to come to Florida. On October 16, the two ends of the family will reunite in Lutz so Hook can meet Cole’s parents. Four generations will be in one room.

The entire connection has been another blessing for Cole. Those 27 years were worth the wait.

“Now what my family looks like today is the bonus of a beautiful 27-year-old daughter,” she said. “It’s a huge leap from then to now.”

The entire experience inspired Cole to start her own website to help others find long-lost family members.