Paige Marple said he walked toward the bears as if he was trying to pet them. 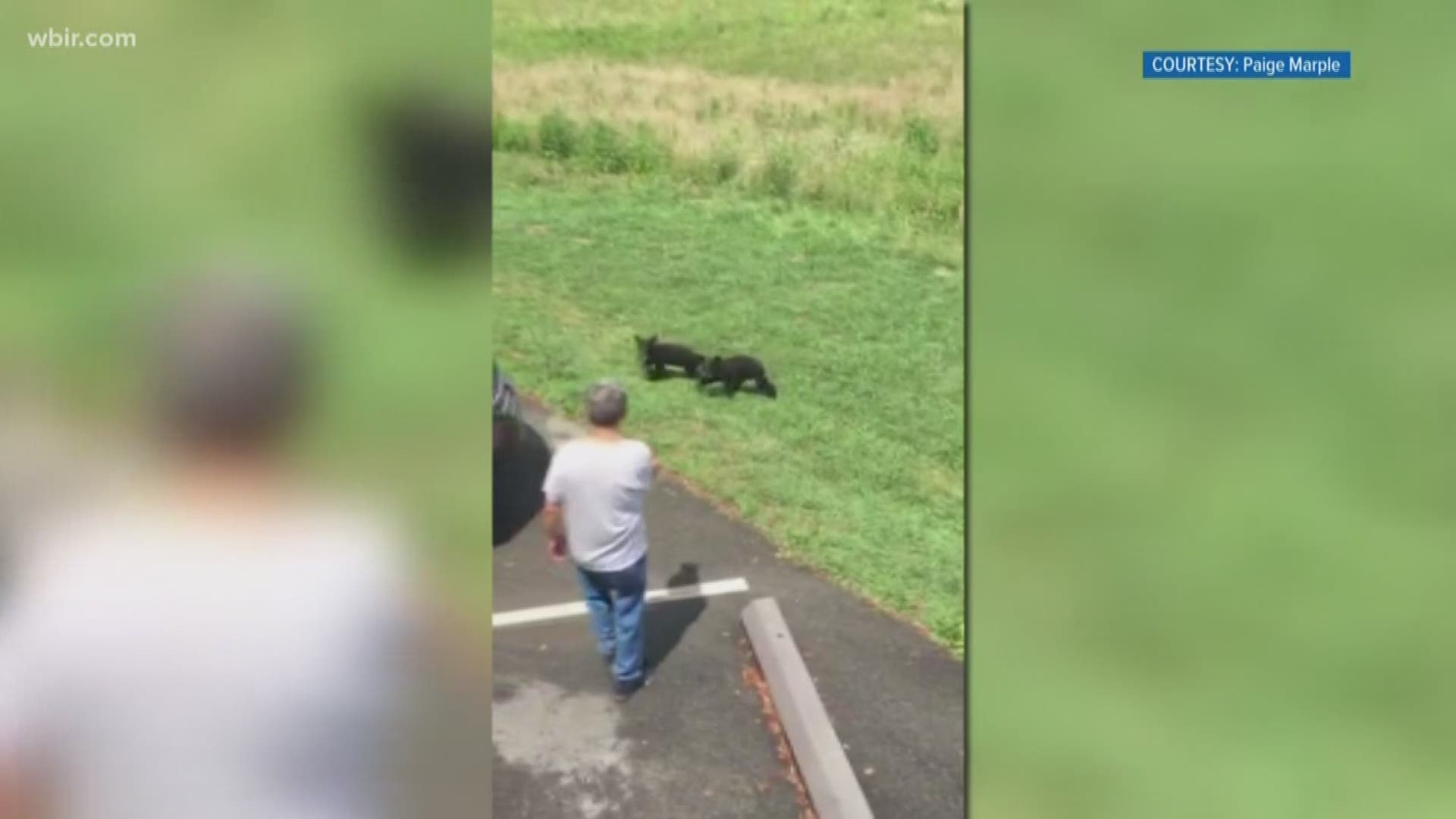 SEVIERVILLE, Tenn. — Paige Marple's Saturday started with a drive through Cades Cove with her family.

"We were making our way down the loop before you get to the restrooms," she said.

Then she saw something she recognized, a mother bear and three little cubs.

RELATED: Momma bear won't be punished for lunging at man that got too close, but neither will he

"I mean off in the distance you could see the back of the bear," she said.

The family of four attempted to make its way across the road but then things took a bit of a turn.

"She was going across the field," Marple said. "She eventually got to the concrete and that's when he decided to intervene."

Marple then got her phone and recorded the whole thing.

RELATED: WATCH: A Cades Cove visitor confronted a momma bear and her cubs, so she charged

"He's got his hand out like this and he's calling for them," she said.

Marple said the little bear family finally made its way around the car but as the video shows so does the man.

"That's when she lunged at him," Marple said.

The man gets away without a scratch but Appalachian Bear Rescue curator, Janet Dalton said this isn't the risk you want to take.

"Yes, this could have ended badly," Dalton said. "Momma had cubs and he was getting close to her cubs."

In fact, it is against the law to get too close to a wild animal in the park. In a statement, the park said: "We need each visitor to do their part by always staying at least 50 yards back from bears and properly disposing of food waste - for their safety and that of the bears."

Dalton said for this reason when you come to the park, take in the scenery, soak up east Tennessee but stay away from the bears.

"You don't approach any black bear and certainly not a mother with cubs," she said.

RELATED: What do I do if a I find an abandoned wild baby animal?

RELATED: Baby bears are everywhere! Keep an eye out for these cute critters

RELATED: This trio of popcorn-lovin' bears made easy work of a family's brand new Silverado