Viewership for the hit show Stranger Things is breaking records for Netflix. 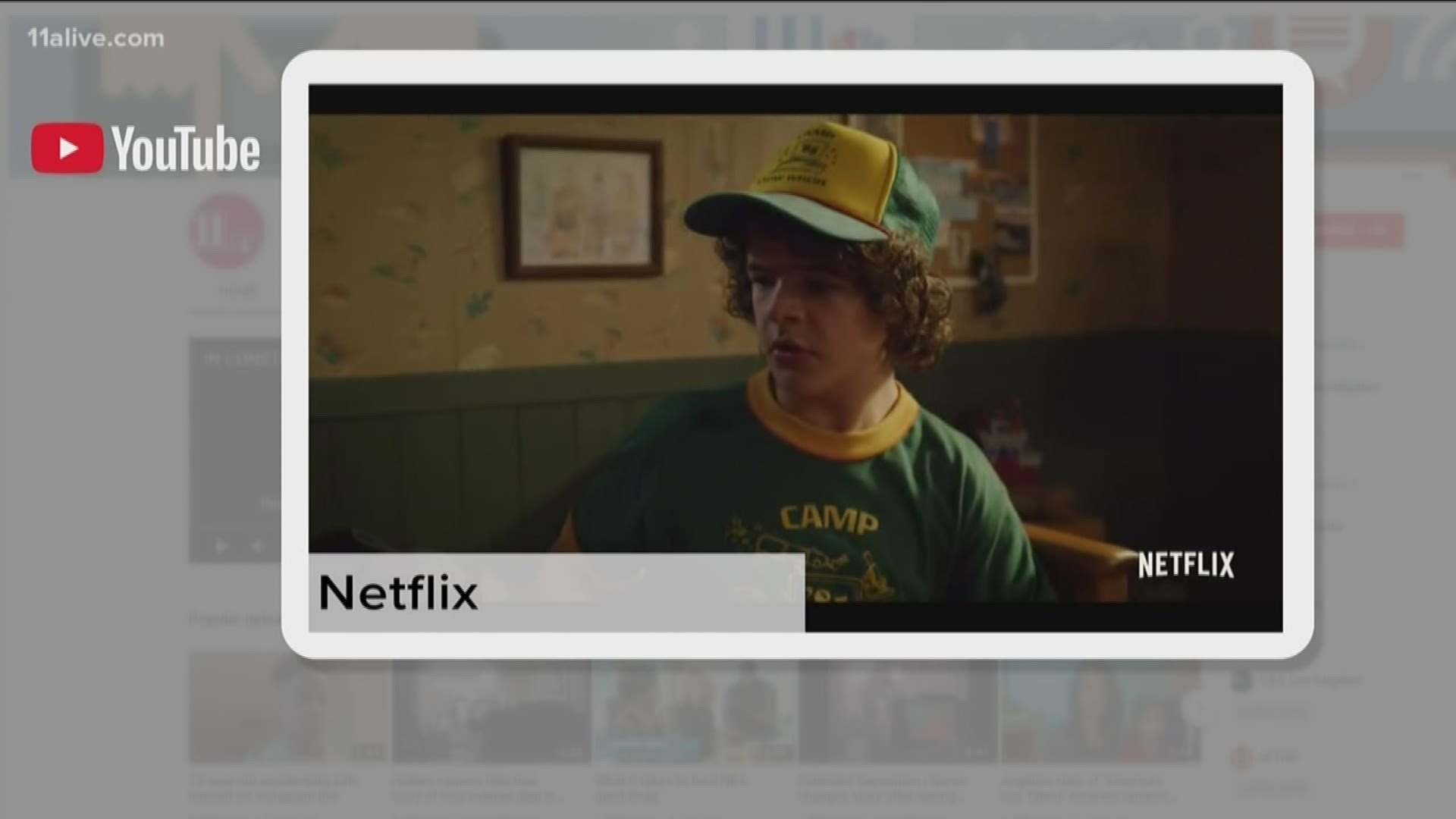 ATLANTA — Strange things are happening in the Netflix world. After the release of the third season of "Stranger Things," viewership for the entertainment platform skyrocketed.

Over 40.7 million households have streamed the new season, which is more than any film or television show on Netflix. The full series has received 18.2 million views.

Stars of the show like Finn Wolfhard have been talking about the new season on social media, and even retweeting fans' reactions.

Stranger Things is on the verge of surpassing HBO's Game of Thrones, which has 19 million series views.

The series is filmed in Georgia, with the third season notably transforming places such as the Gwinnett Place Mall and downtown Jackson, Georgia, in to set pieces.

Gatan Matarazzo, who plays Dustin on the show, told 11Alive he loves the area.

Netflix promises to cut back smoking depictions in its shows, movies