So, what makes it a plant-based potato chip? Pinky Cole revealed that many potato chips contain dairy and milk derivatives. 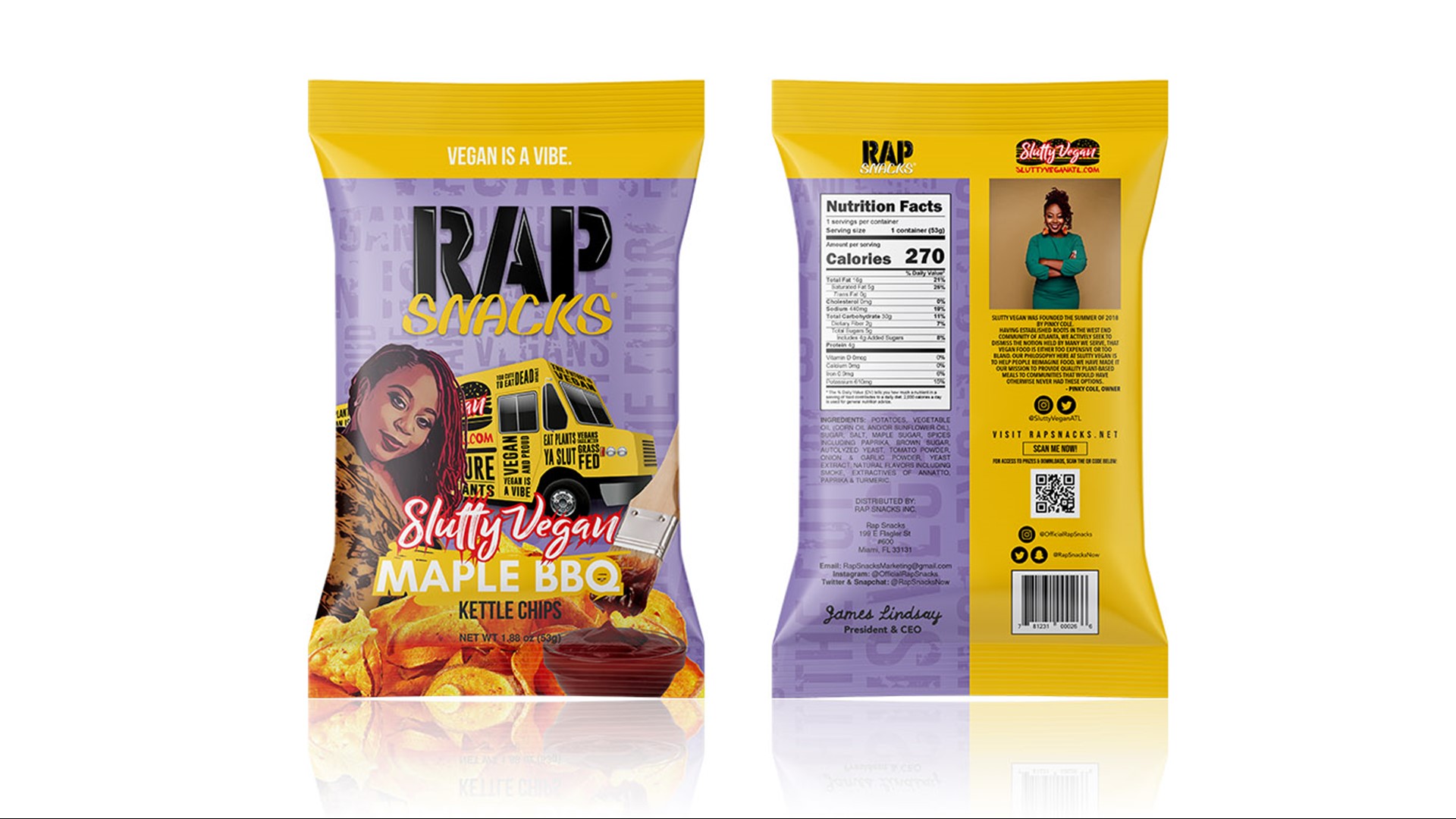 Since December 2019, the chips have made its way into 100,000 locations across the U.S, according to rep for Rap Snacks.

Both brand names, founded by African-American entrepreneurs, are enthusiastic about the success of this vegan potato chip line as it aims to spread awareness around healthier lifestyle choices to a community who may experience less access to vegan options otherwise.

“It's unheard of to put two Black-owned businesses together in this way so that we could grow and be successful together,” Cole said. “It just feels good to be able to represent that through my restaurant to my brand voice. I'm just happy about the sales and the support.”

“It's a total blessing to be able to see my face, on chips in different stores. I always said when I was a little girl, that I'm gonna be a household name, and I didn't know that it would take on this meaning,” Cole said. “But I'm excited and I'm humbled about it. And I'm just grateful for the people who support me every single day, especially in the city of Atlanta.”

Rap Snacks CEO and founder James Lindsey is equally as excited to join forces with Cole.

So, what makes it a plant-based potato chip? Cole revealed that many potato chips contain dairy and milk derivatives.

“This doesn't have any animal or animal byproducts in the chip, and I wanted to spread that narrative, especially in our communities that you can be vegan. You can be plant-based, and you don't have to compromise animals, even if it starts at potato chips. even if this starts and vegan comfort food,” Cole said.

At the start of the stay-at-home orders during the pandemic, Coleclosed her business for two weeks to create a safe operating environment for employees and customers.

Cole has come a long way since starting her business in a ghost kitchen. The business owner anticipates her ”rapidly moving company” will have a total of 13 locations within the next two years.

“We are expanding our operational executives and just really bringing in people who have expertise to help us grow and scale this company. It's not about the money for me, It's about creating something so that we could tell a story on how we have helped people to re-imagine food. And we do that every single day,” Cole said.

'It's like hip-hop church': the Soul Food Cypher builds buzz in Atlanta