Alex Guthrie, a Georgia resident, duked it out last week during Battle Rounds. 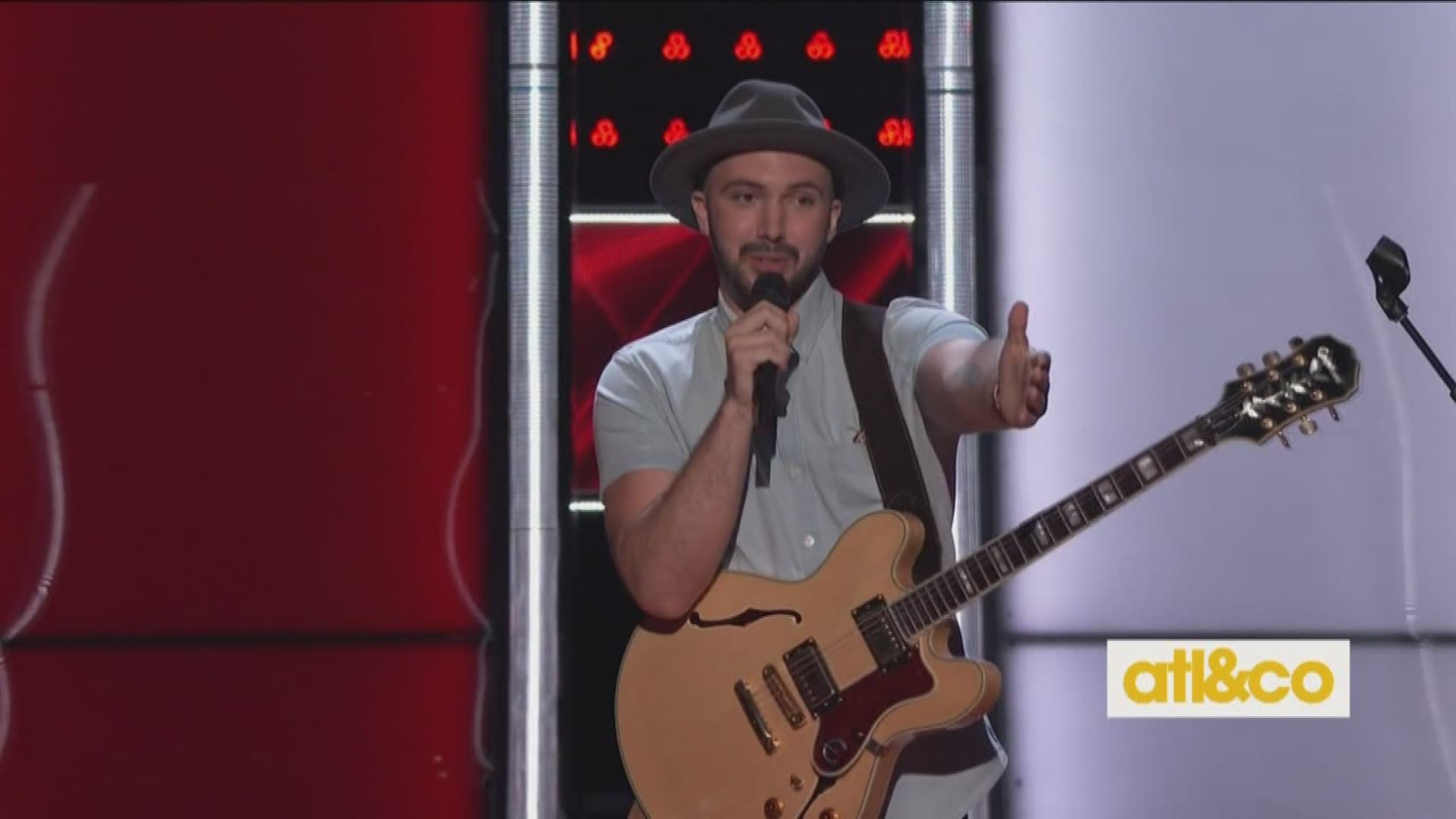 ATLANTA — A Marietta man is now one of the Top 20 contestants on the hit singing competition series “NBC’S The Voice”.

Alex Guthrie, a Georgia resident, duked it out last week during the Battle Rounds. He went head-to-head with Hello Sunday.

Guthrie sang “I’m Not the Only One” by Sam Smith and Hello Sunday performed “Almost Is Never Enough” by Ariana Grande & Nathan Sykes. Kelly Clarkson named Hello Sunday the winner of the knock out.

However, moments later Alex was stolen by Team Legend.

We first met Guthrie when he appeared in a commercial with Jennifer Hudson last spring.

The rising star’s career has moved forward, as he has hit the road and opened up for bands like Smash Mouth.

Guthrie learned to play guitar at 12 years old and later joined the school chorus and a garage band. At 16, he started gigging and skipped college to pursue music.

When music wasn’t paying the bills, he explored his interest in reptiles and began snake breeding.

With some money in his pocket, he spent a year doing a 44-state tour playing music around the country.

Guthrie teased the performance a week prior with speculation about which song he performed during his audition on the show.

“The Voice” is a four-time Emmy Award-winning, No. 1 series on NBC, featuring the nation’s best artists and four of the biggest names in music as coaches.

The show is searching for solo artists, duos, and trios that perform all types of music: pop, rock, R&B, hip-hop, alternative, Latin, country, blues, indie, throughout the year.

You can vote for Guthrie by tweeting or by using The Voice app during voting hours.