Skyy, who resides in Atlanta, shared an emotional plea made by her friend Sabrina Peterson detailing their horrific experience. 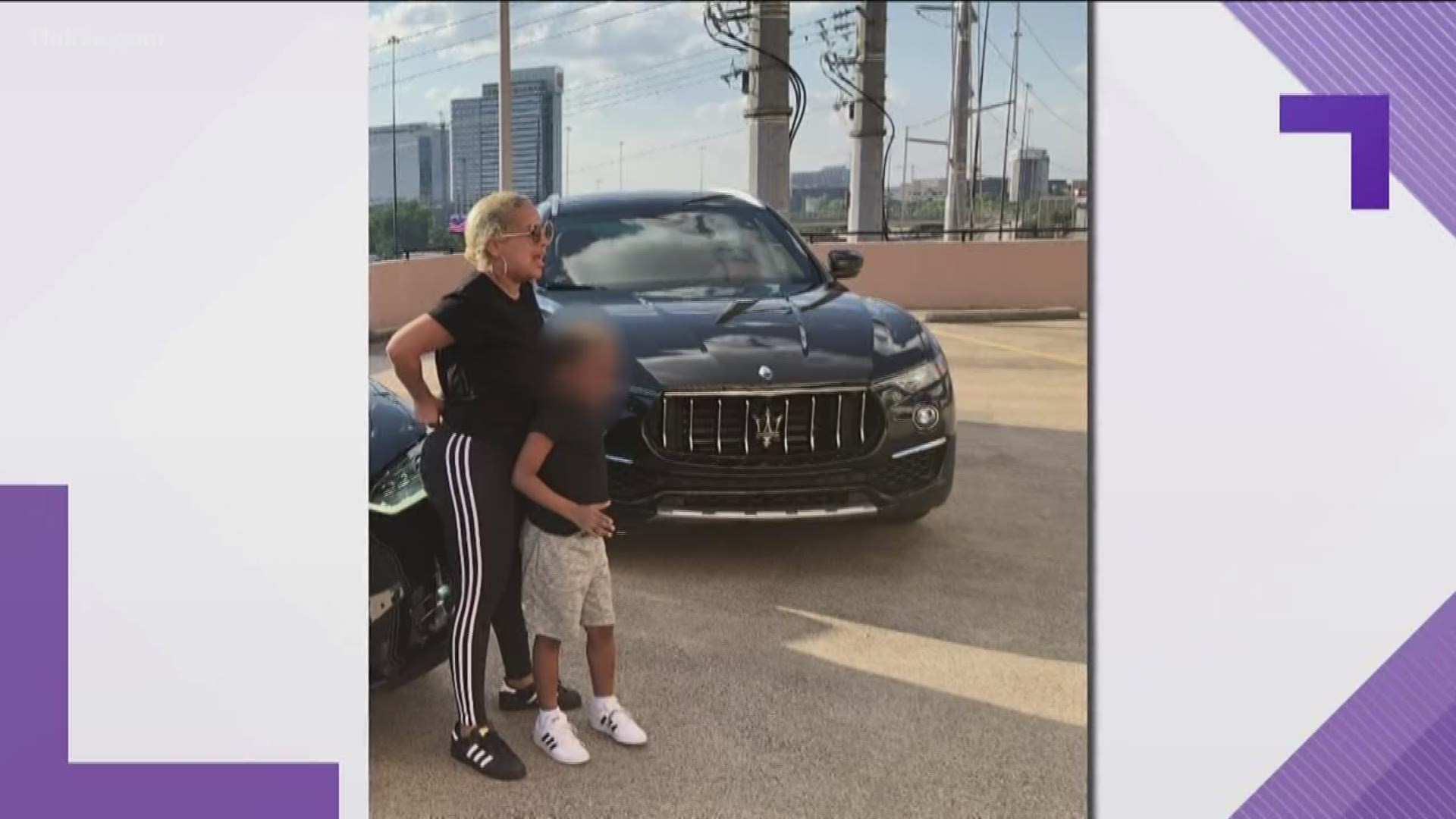 ATLANTA — "Love and Hip-Hop" star Alexis Skyy said she and a friend were involved in a horrific car robbery late Saturday night outside a QuikTrip gas station in Atlanta.

Skyy shared an emotional plea made by her friend Sabrina Peterson detailing their experience on Instagram. The posts have since been taken down.

“On God! Myself & @alexisskyy_was robbed at gunpoint last night at the QT on Howell Mill. I know you probably just thought it was two girls & a nice car but it’s DEEPER THAN THAT! Let’s call it a mistake! The blessing is my son or her daughter wasn’t in the car because you would have taken our kids too,” Peterson wrote on Instagram.

Skyy, whose real name is Alexis MacFarland, is a Gwinnett County resident who just moved to Atlanta in July. She is working with Peterson on re-branding her career. The two were out this weekend working during Rolling Out's RIDE conference.

It was a classic slider crime.

The women told The A-Scene's Francesca Amiker that they witnessed a handgun in the suspect's vehicle. As they tried to run after the SUV, the suspect tried making a U-turn while traveling at a high speed and hit the curb as he headed towards the Chattahoochee Avenue exit, the women said.

Skyy's boyfriend, Atlanta rapper Trouble, also shared a post on social media about the incident. Trouble asked the suspects to turn the vehicle in.

Peterson, the founder of Glam University and business editor for Rolling Out. expressed her frustrations with the Atlanta Police Department after receiving messages from women who experienced crime in that area.

An Atlanta Police Department crime map showed five burglaries from vehicles in the last month at the location. The crime map also showed in the past year, 30 burglaries from motor vehicles happened at the 1678 Howell Mill Road QuikTrip.

11Alive reached out to QuikTrip for a statement on the situation; they responded with their current security policies:

Credit: Google
The Atlanta Police Department crimes stat map shows five burglaries from vehicles in the last month at the location. The crime maps also shows in the

The women hosted a rally at the scene of the crime at 7 p.m. Monday at the gas station.

"No justice, no gas," the crowd chanted.

The women pleaded with customers to take their business elsewhere, though some said they were unaware the recent crime. Peterson and Alexis Skyy were joined by supporters and others, claiming they’ve been victims at or near the same QT. More on the rally, here.

The two mothers said they are grateful that neither of their children were in the car at the time of the crime, but they do have a message for the suspects.

"Be blessed," Skyy said. "I'm not even angry. It's more so about our kids. All I'm thinking about our kids being in the car. Take my life, but my kid. No. Even if it was her kid, I would have felt like it was my fault. She could have went home peacefully and had her car."

"Take the car. Sell it. Do whatever you need to do. Just promise me that you won't hurt anyone else," Peterson said. "Use my car as a blessing and the contents in it."

Anyone who sees the 2019 black Maserati with damage on the back left side, is asked to contact Atlanta Police.