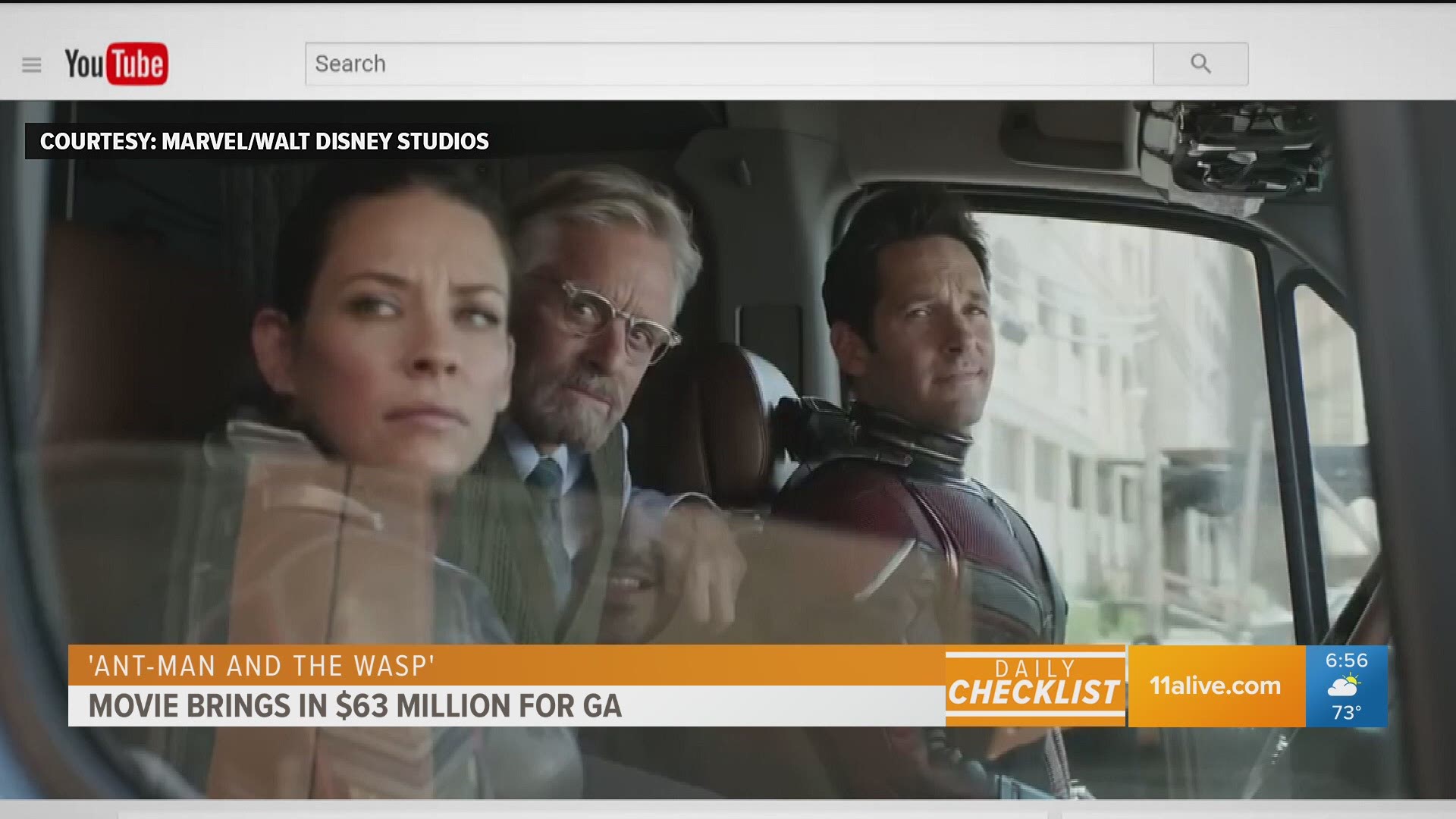 ATLANTA - Ant-Man and The Wasp” doesn’t hit the big screen until this Friday, but the A-Scene got to see an early showing last week. Out team members agreed it's packed full of humor and action.

It's economic impact may pack more punch than a superhero.According to the Motion Picture Association of America, the sequel to the 2015 film “Ant-Man” brought in more than $63 million to Georgia!

Lee Thomas, Deputy Commissioner of the Georgia Film Office, said he was especially thrilled to host “Ant-Man and The Wasp” because the first “Ant-Man” was the beginning of Marvel Studios in Georgia. Since then, Marvel has gone on to produce six movies here, including the latest “Ant-Man.”

The team spent 80 days shooting in and around Atlanta, which resulted in more than $18.6 million in wages getting paid to 2,000 local workers. “Ant-Man and The Wasp” also benefited many in-state vendors and small businesses. Check out the specifics below:

More than $15.7 million for local set decoration, production, and other supplies.

More than $4.4 million for lodging.

More than $4.4 million for transportation, including truck and car rentals.

More than $4.1 million on hardware and lumber supplies.

More than $1.3 million on food for the cast and crew.

More than $589,000 spent on wardrobe, including dry cleaning.

In the movie, Ant-Man has to ditch his house arrest when he gets roped into a new, time-sensitive mission alongside The Wasp. “Ant-Man and The Wasp” stars Paul Rudd, Michael Peña, Evangeline Lilly, and Atlanta’s own T.I.

Catch “Ant-Man and The Wasp” out in theaters this Friday, July 6! Let the A-Scene know if you loved it or hated it by sharing in our Facebook Group, Instagram and Twitter pages!