Here’s a look at some of the biggest releases set to come out of Georgia this year. 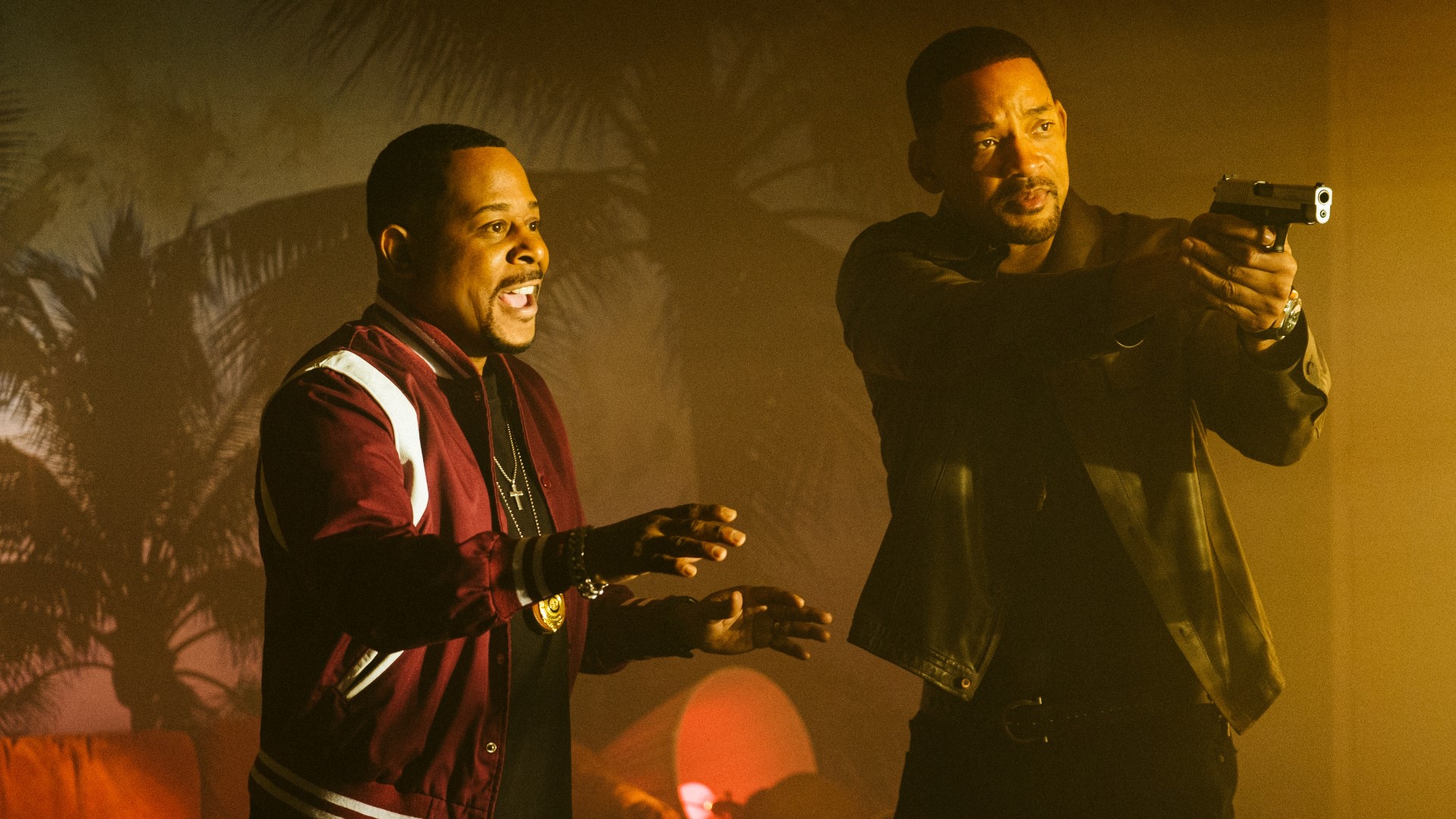 ATLANTA — The start of the new year in the entertainment world means the start of a new quarter for highly anticipated film and television show releases.

Here’s a look at some of the biggest releases set to come out of Georgia this year.

The actress must be an Asian woman between the age of 19-24. Filming goes down Jan. 13.

“Lovecraft County” is another major production that is currently still filming throughout Georgia. Production began in June and continues to film throughout parts of Georgia under the basecamp code “RP."

"Bad Boys for Life” is one of the most highly anticipated films for 2020. The new movie features more action-packed scenes and dialogue featuring Will Smith and Martin Lawrence.

Several scenes were filmed throughout parts of Atlanta, including Buckhead and Kirkwood.

Footage seen in a recent trailer shows the city being transformed into the streets of Miami.

An obvious shot that shows Atlanta is a during a chase scene featuring Smith on motorcycle at 2:12 on the trailer. You can see a street sign that reads Ted Turner.

Another visible location is the 17th Street bridge near Atlantic Station where crews shut down streets at the time of production.

The A-Scene was there during the first day of shooting as Lawrence and Smith filmed scenes near the Waldorf-Astoria on Peachtree Road where crews blocked off the sidewalk.

Eddie Murphy will return to your screens as Prince Akeem in 2020!

Fans were excited hear the star back in his iconic role for the sequel, just like they did during the "Coming to America" release back in 1988.

Before production wrapped in November, an A-Scene Insider working on the highly anticipated sequel said crews wrapped up scenes at Tyler Perry Studios.

While our source couldn’t share any photos of the star-studded event, they did drop a hint about the celeb cameos for the scene.

Will Smith, Martin Lawrence, Arsenio Hall, and Eddie Murphy caused quite the fan frenzy while in between scenes at Tyler Perry Studios. They stopped and posed for an iconic photo in the making.

The photos of the actors were posted on Instagram by celeb hairstylist Stacey Kutz. She wrote on Instagram, “A whole lotta greatness right here at @tylerperrystudios @therealpierceaustin are we working or having a reunion today? lol”

Fans went wild last month when the first official trailer for "Black Widow" was released, and in it the character of former Russian spy Natasha Romanoff, played by Scarlett Johanson, meets up with her so-called family to take care of some unfinished business.

The trailer introduces us to Natasha's "sis," the character of Yelena Bolova played by actor Florence Pugh, who becomes the second Black Widow in the comic book series.

"Black Widow" takes place in the two-year time gap between "Captain America: Civil War" and "Avengers: Infinity War," and people are glad for this time travel (Avengers: End Game spoiler ahead) because Black Widow sacrificed herself and died at the end of the last Avengers movie.

Scenes for the upcoming Marvel blockbuster were filmed throughout Georgia, and at Pinewood Studios in Fayettville between summer and fall of 2019.

USATODAY reported that some scenes were also filmed in London, back in July

“WALK” and “FIGARO” were the basecamp and production codes used while making “Black Widow”.

Both codes have been used by Marvel for shoots that have taken place in Georgia.

Fans got excited as actor David Harbour posted on social media about his last days on set.

Harbour posted a beardless photo on Instagram with the caption, “Goodbye long, scraggly, surprisingly soft, Walt Whitman beard. Adieu beige hotel room. Goodnight sweet strange mannequin i never knew what to do with in the corner of the room. Farewell Alexi, you big bold bright burly hope of Russia, you complicated tortured soul, you guardian of the red. #BlackWidow”

You can see how the action unfolds when “Black Widow” premieres in theaters nationwide May 1, 2020. 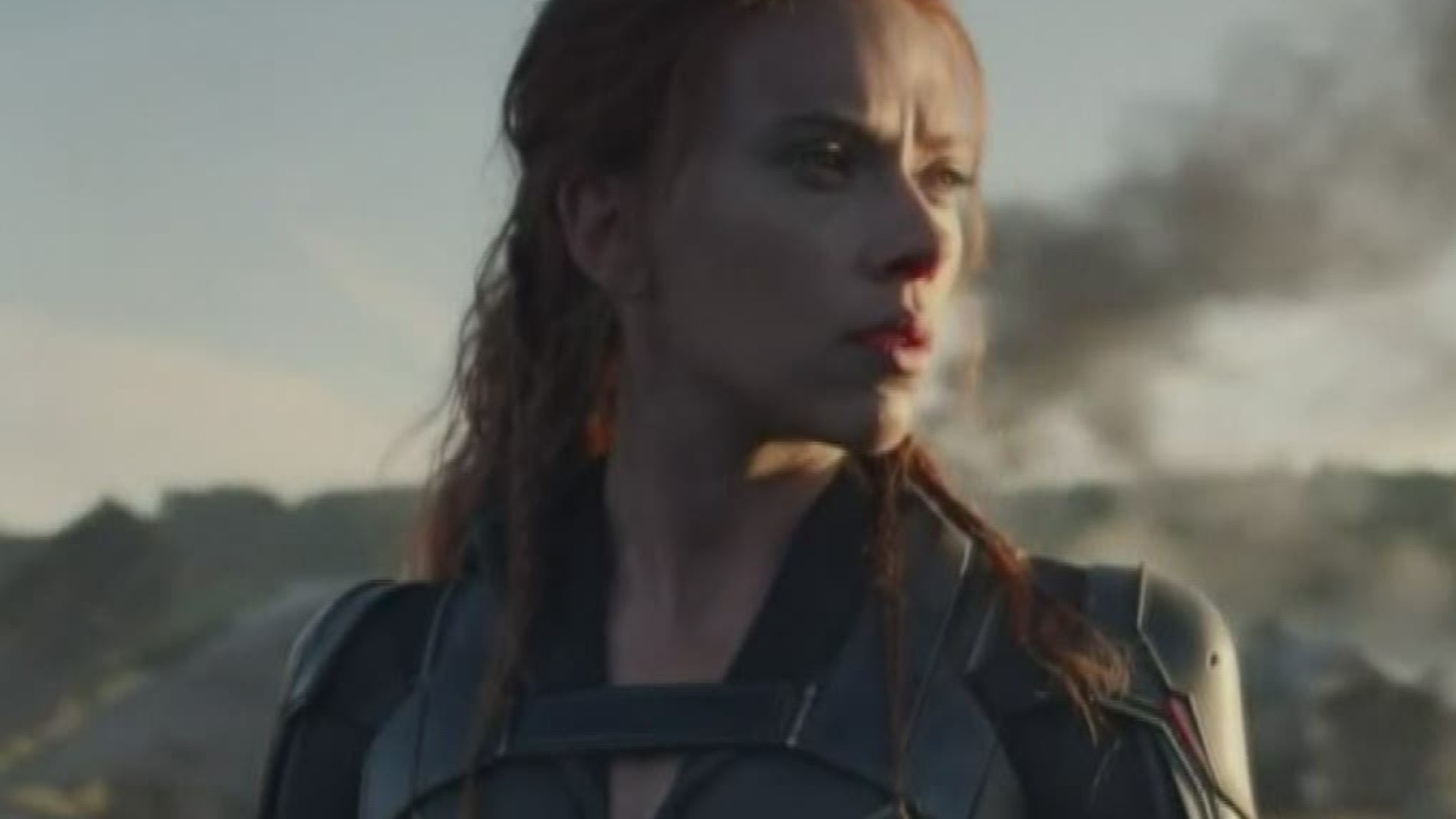 Dwayne “The Rock” Johnson will be making even more movies in Georgia in 2020, because he recently purchased a country manor in Powder Springs.

The star is also set to produce and star in “Red Notice,” an upcoming action drama that is being filmed in Georgia.

But fans are most eager to see his action comedy “Jungle Cruise” on the big screen. It’s been a long time coming, The Rock worked on set of the film during the summer of 2018.

"Jungle Cruise" arrives in theaters on July 24, 2020. Johnson plays a riverboat captain and Emily Blunt is determined to explore on a research mission trying to unlock the secret powers of a tree in the Amazon that is believed to have healing powers!

It’s based on the ride where a riverboat takes travelers through a dangerous jungle, but with a supernatural element.

Chris Pratt is still hard at work on his upcoming action thriller, “The Tomorrow War.”

It turns out she shared a picture of the “BONEYARD” basecamp sign.

Production for the Chris McKay-directed film in Atlanta began early September under the basecamp sign “Boneyard.” Some of the filming locations around town include Midtown and Mercedes-Benz Stadium.

Some scenes for the upcoming movie were also filmed at Blackhall Studios in DeKalb County. 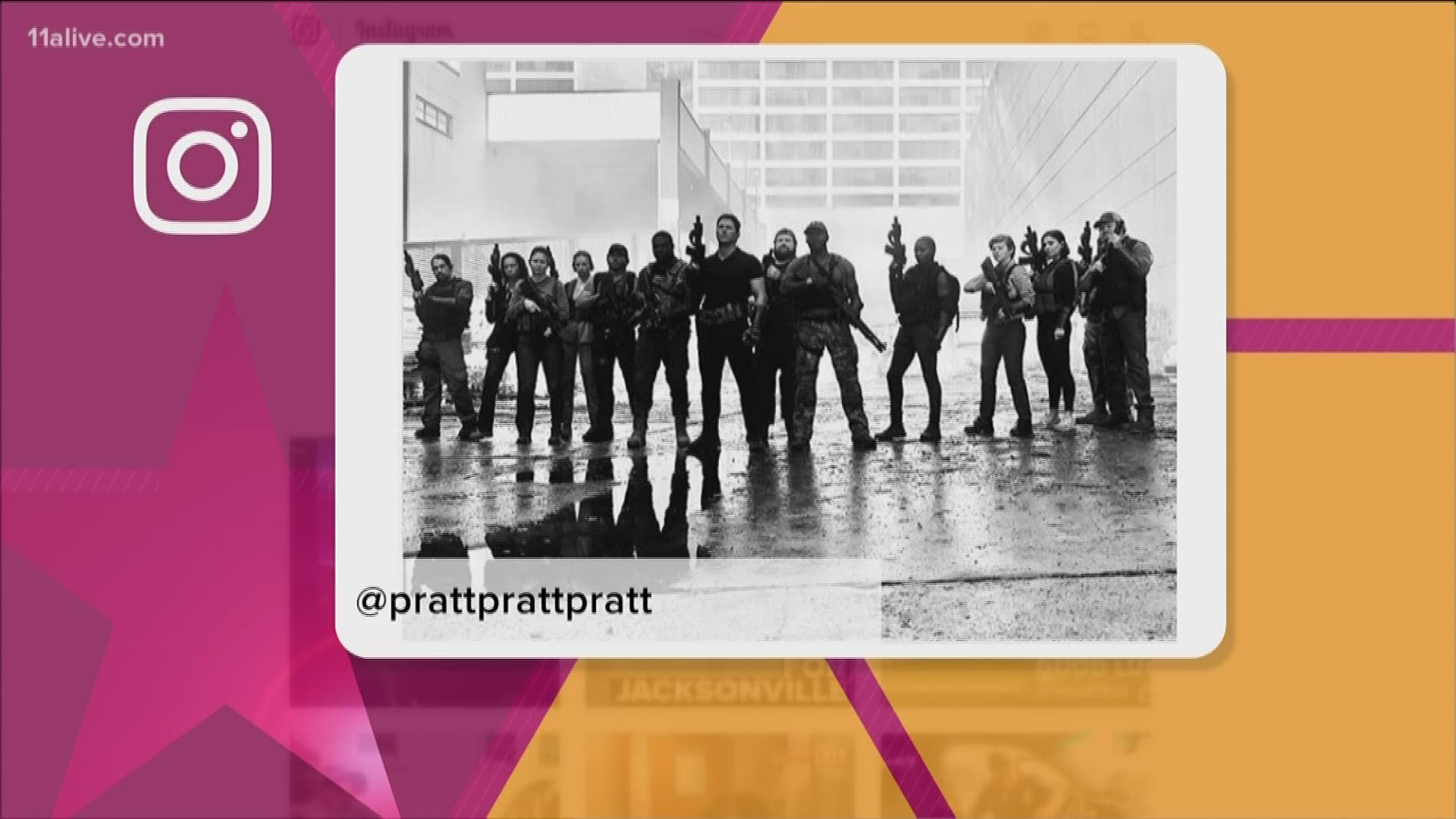 Georgia is proven to be quite the backdrop for thrillers and horror flicks. The town of Senoia, Georgia, where AMC’s hit show “The Walking Dead” would agree.

But it doesn’t stop there. “Conjuring 3” is another film release that has us on the edge of our seats for the new year.

Earlier in the day, she mentioned that she was looking for locations where movies have been made in the area.

"I’m down in Newman now and going to be downtown today. I know filming doesn’t usually happen on the weekend but I was just wondering if anyone had seen any filming today," Marzullo wrote.

The conversation sparked interest in other movies tied tom the location.

Marzullo wrote in the comments, "It was also in The Odd Life of Timothy Green." Dawn Lockard added, "and a Jack Black movie was filmed here, too. The house with the clock in the wall......or something like that!"

But many of you have asked us what's it look like inside? Here's a peek!

This 1842 Victorian Estate with four bedrooms is just part of where stars Vera Farmiga, Patrick Wilson and Ingrid Bisu are filming scenes for the movie.

“Conjuring 3” is based on a true story that has previously followed paranormal investigators.

The franchise’s third installment (or the eighth entry in the Conjuring Universe) is due out in September 2020. 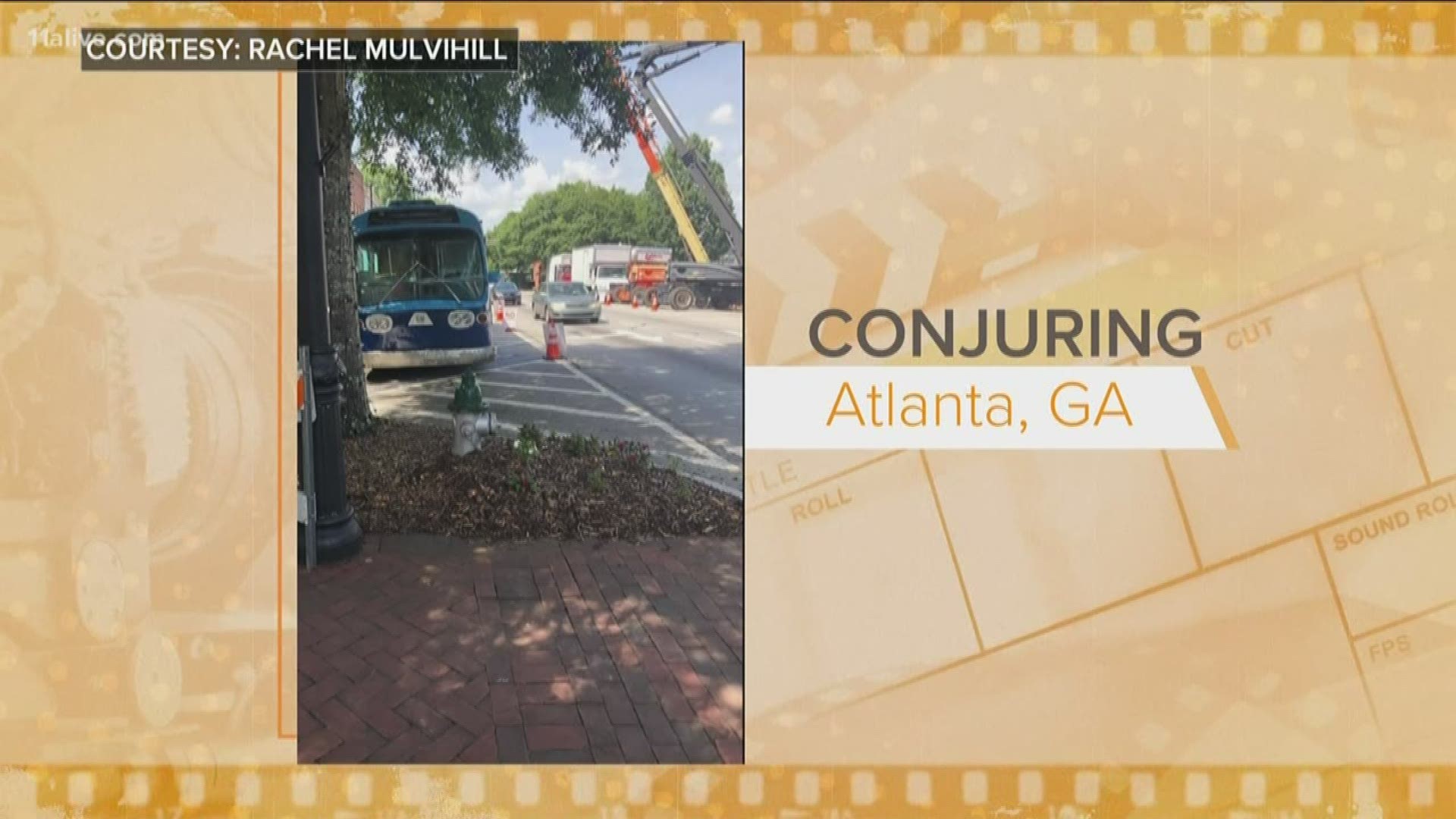 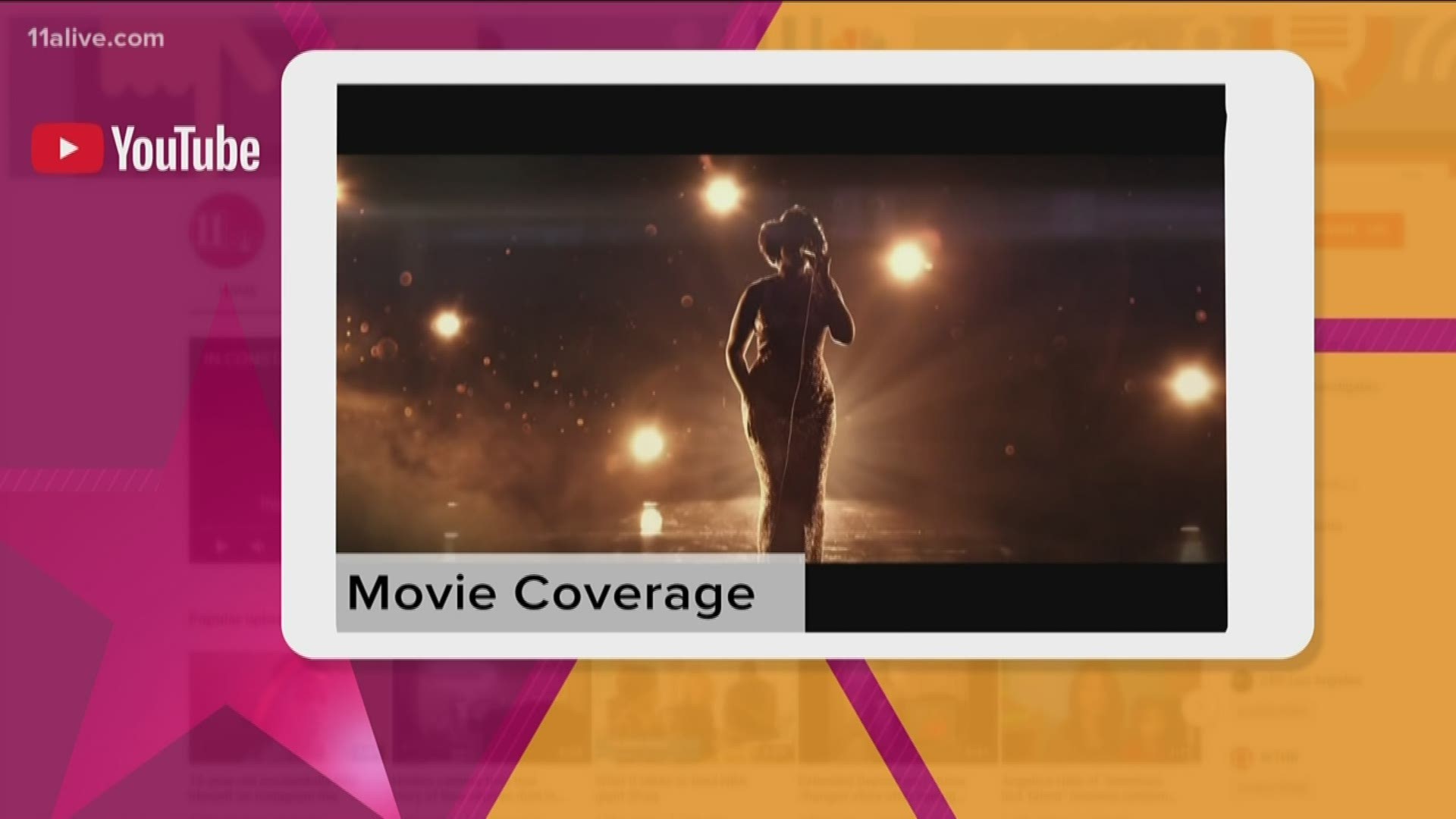 One of biggest shows to grace Netflix returned to our homes in 2019! The July 4 premiere of the third season of “Stranger Things” was on the streaming platform’s most viewed shows.

More than 40.7 million households streamed the third season, which is more than any film or television show on Netflix. The full series has received 18.2 million views.

The series is filmed in Georgia, with the third season notably transforming places such as the Gwinnett Place Mall and downtown Jackson, Georgia, in to set pieces.

Gatan Matarazzo, who plays Dustin on the show, told 11Alive he loves the area.

The fourth season of the hit Netflix original series is currently in pre-production, so the cast and crew that work on it have not officially began working just yet.

However, the show’s creators, the Duffer Brothers, and the writers who work on the series, shared the title of the first episode in the upcoming fourth season “Chapter One : The Hellfire Club”.

Several fans and residents have speculated that they have spotted the stars in action, but it’s simply isn’t true. The location used for the Hawkins Lab is also utilized for other filming locations. Check out our feature here.