Apple delays movie release of the 'The Banker' after ongoing concerns 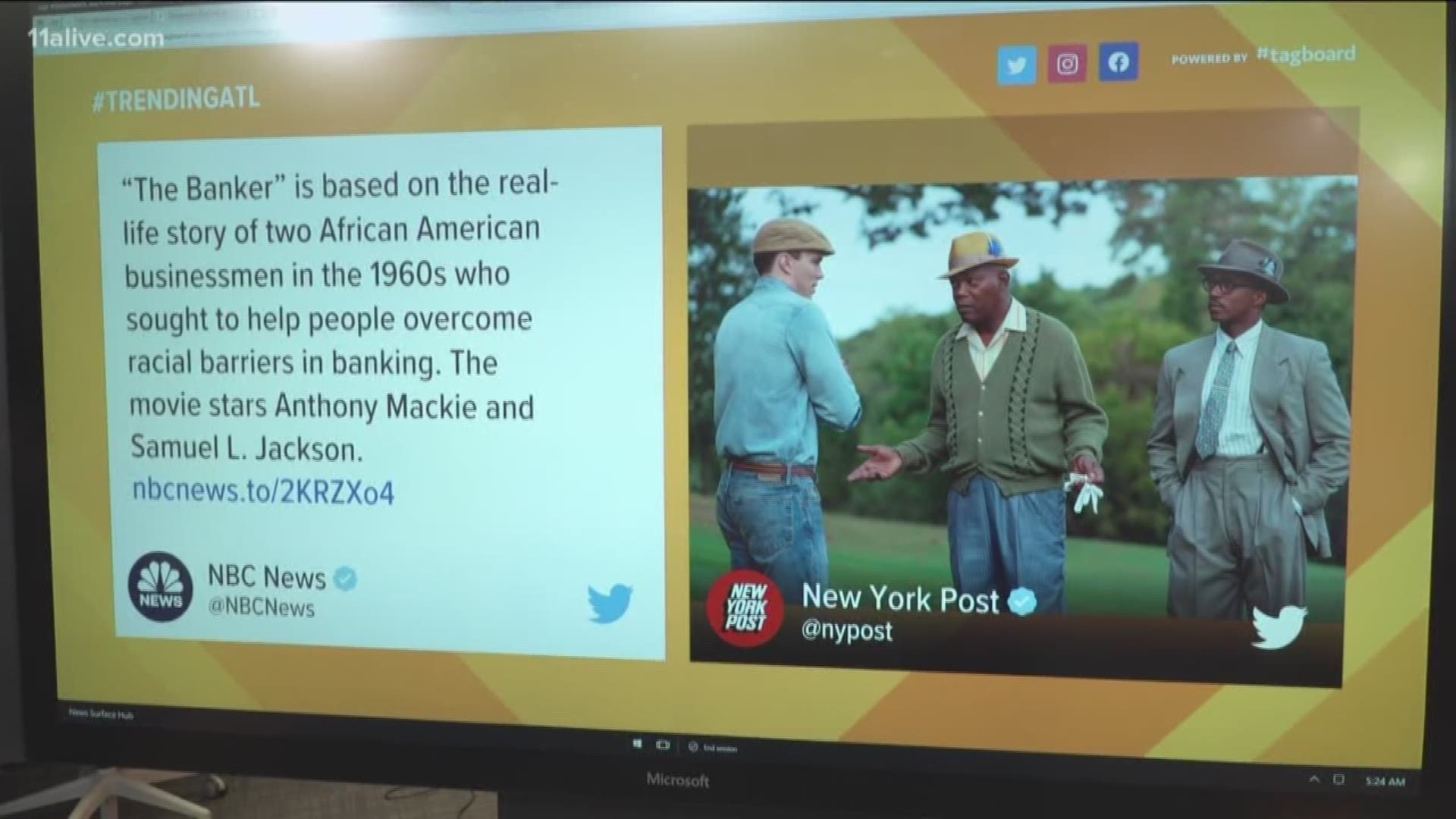 ATLANTA — Apple is delaying the movie theater release of "The Banker" amid ongoing concerns about the drama.

The movie was set to be released in December as one of Apple's first original films.

Apple said that last week it learned of “some concerns” surrounding “The Banker” and needs “some time to look into these matters.”

The film stars Samuel L. Jackson and Anthony Mackie and is based on a true story.

Mackie plays Bernard Garrett, who in the 1950s and 60s recruited a white man to pose as the face of his expansive real estate and banking business. In 1968, Garrett was convicted of misusing bank funds.

Some Georgia residents are familiar with this movie because they had a hand it.

Last fall, crews began filming in parts of Newnan under the production code “Garrett,” which we now know is the last name of the character.

The Douglas County Sentinel office in downtown Douglasville transformed into a 1960s bank for the film.

Production for “The Banker” happened during the 2018 gubernatorial race between Republican Brian Kemp and Democrat Stacey Abrams.

Jackson, who is a Morehouse College alum, encouraged citizens to get out and vote.

In one post with Abrams he wrote, "Met the amazing Stacey Abrams, gubernatorial candidate for Georgia!! She’s the truth!! Georgians, Start Voting Now, don’t wait till November!!The numbers she gets now, let’s her know what kind of turnout she needs in Nov!!#makehistorywithstacey#dontvotealone"