"That's what made it so fresh, diving into the reality of it. And we have technicians on site involved during the missions. We had three people who went to the moon," Ryan Gosling said. 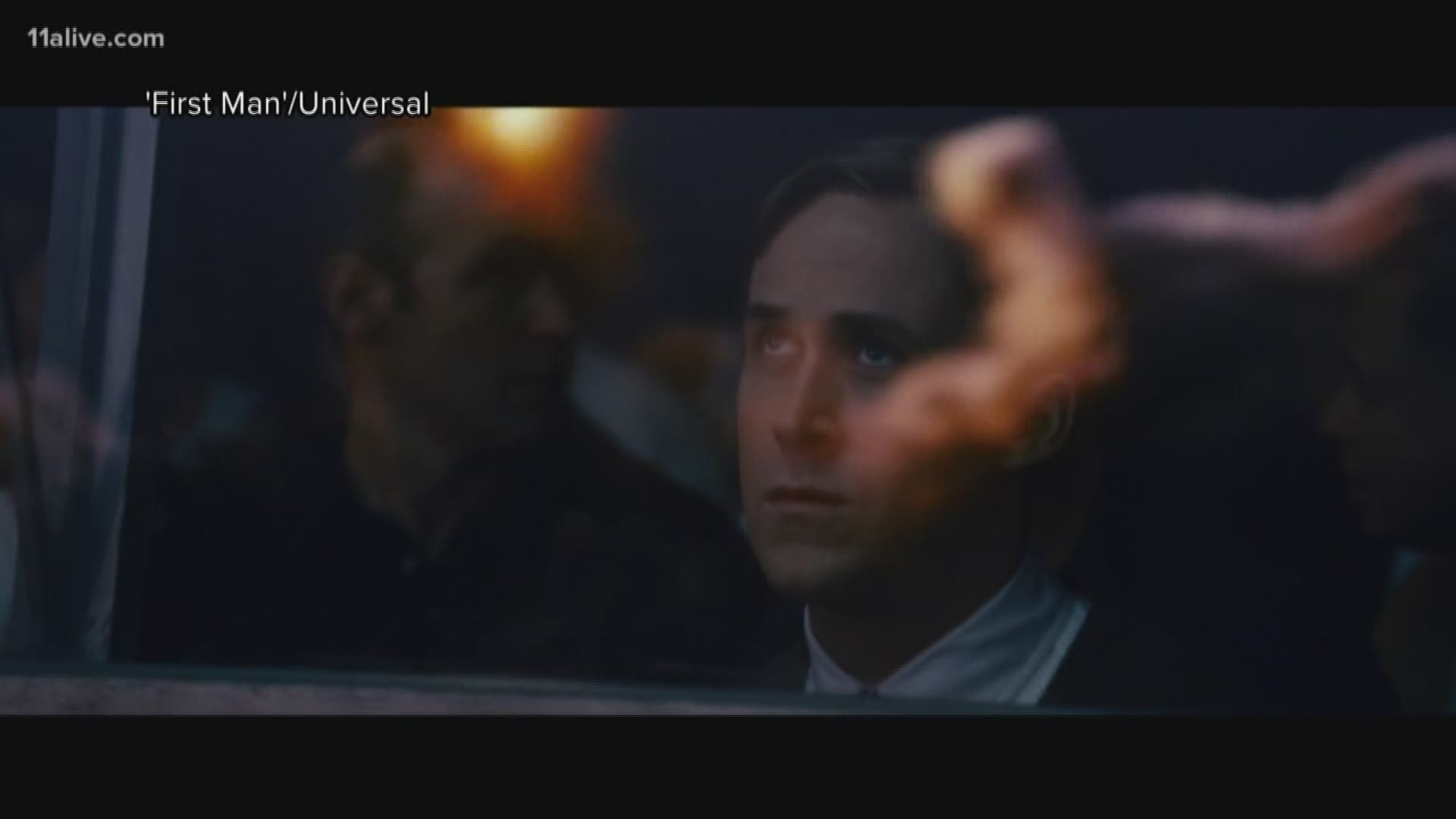 ATLANTA — “First Man” starring Ryan Gosling is the untold story of Neil Armstrong, the first man to ever walk on the moon.

It premieres nationwide in theatres today but before you head to the box office, we sat down with Ryan Gosling and director Damien Chazelle and here’s what they had to say about filming in Atlanta.

It’s the riveting story behind the first man mission to the moon— a story focusing on Neil Armstrong, who is played by Ryan Gosling. But its told in a way you would never have guessed.

And that untold story, those raw emotions came to life and Gosling says Chazelle went to great lengths to make every scene as real as possible.

“That’s what made it so fresh, diving into the reality of it. And we have technicians on site involved during the missions. We had three people who went to the moon,” Ryan Gosling said.

And did I mention they never used a green screen? How cool is that!

“Atlanta was very good to us. It makes a good moon,” Gosling laughed.

All the space photography was done at Tyler Perry Studios. The cabin where Neil and his wife Janet first lived was built on the studio’s back lot!

Other scenes were filmed in neighborhoods like Roswell and downtown Atlanta- all areas hoped to utilize in the future!

“The crews here, variety of locations, the depth of talent here— and I was told the weather was stable here and then it snowed so that’s my one complaint it was a stellar experience,” Chazelle said.

Sons of Armstrong, Rick and Mark, are impressed with the film’s production value. When asked if their father would approve of this story they responded with confidence.

“The biggest thing for him was accuracy and I think he would have appreciated all of the effort going in to getting a right,” Mark Armstrong said.