The music festival, which usually happened during Memorial Day weekend, is scheduled to take place Sunday, Sept. 5 and Monday, Sept 6 instead. 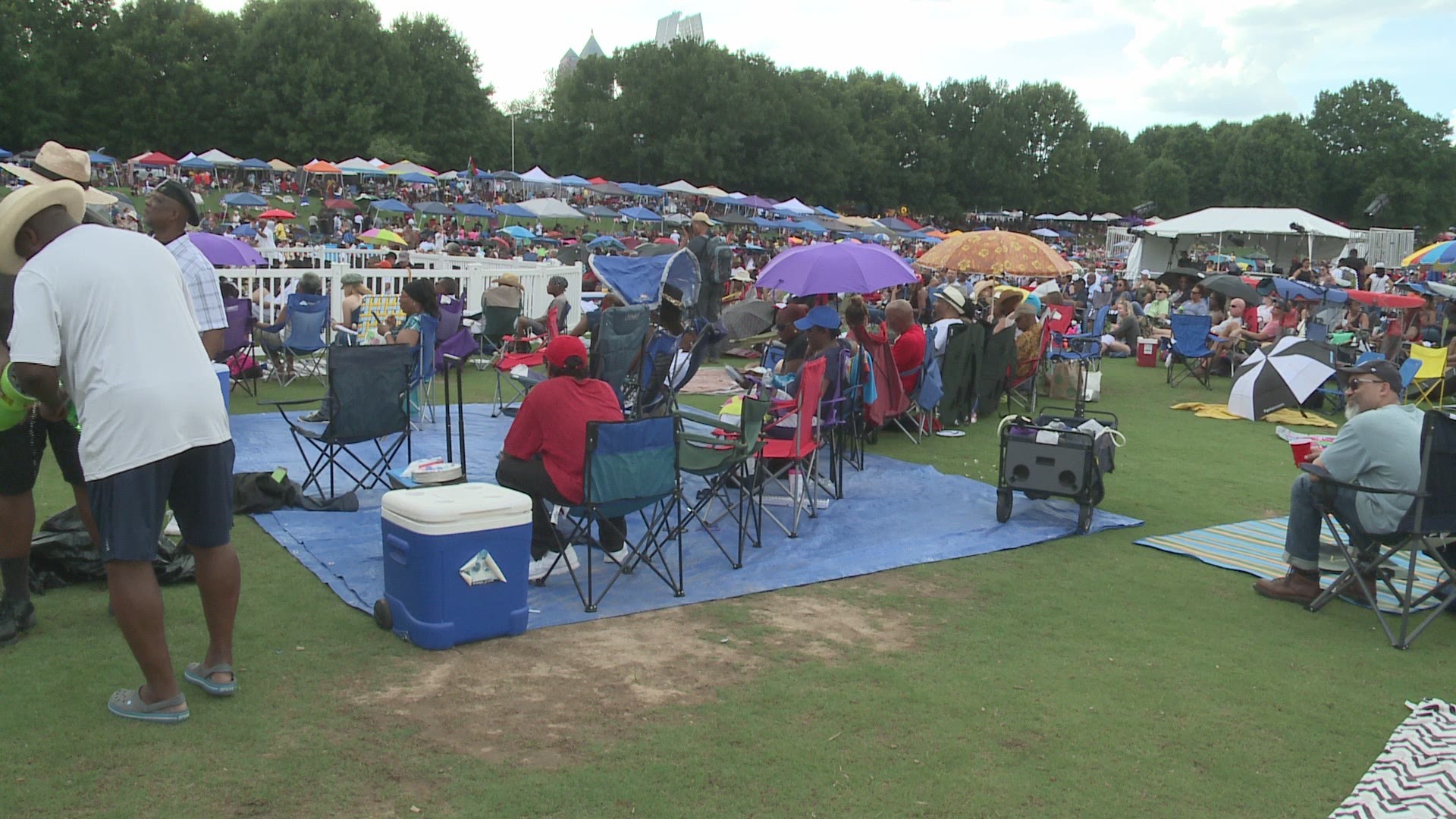 The music festival, which usually happened during Memorial Day weekend, is scheduled to take place Sunday, Sept. 5 and Monday, Sept 6 at Piedmont Park instead.

The festival is scheduled from 1:30 p.m. to 9 p.m. According to the release, the later date is "out of an abundance of caution" of the coronavirus pandemic.

The 43-year-old festival was canceled last year after the coronavirus pandemic halted most of the world's extracurricular activities and travel.

RELATED: Music Midtown is back | Here is the lineup

This year's lineup includes Brenda Nicole Moorer, Patti Austin, Archie Shepp along with other artists previously announced to perform in the 2020 show.

“We’re looking forward to hosting a great Festival this year with a variety of established and rising jazz musicians,” said Camille Russell Love, Executive Director of the  Mayor’s Office of Cultural Affairs.

The event is the longest-running free urban jazz festival in the country, according to the website.

Festivalgoers will also have the opportunity to get VIP Lounge experience tickets, which will be placed at the Oak Hill Stage, the release stated.

Those who would like to get to know the performers can watch a free video series called "In the Tradition," which will introduce the 2021 artists more intimately. The 30-minute episodes began on April 6 and will end on August 31. Jazz lovers can watch the pre-recorded series on AtlantaFestivals.com, Facebook, YouTube, and Channel 26 on select Tuesdays at 7:30 p.m.

Attendees will also have the chance to participate in free Jazz 101 workshops which will cover a "broad spectrum of topics." The workshops are open to the public.