Over the last few months, the Platts have stepped in as a support system to Gianna and her mother, Roxie Washington. 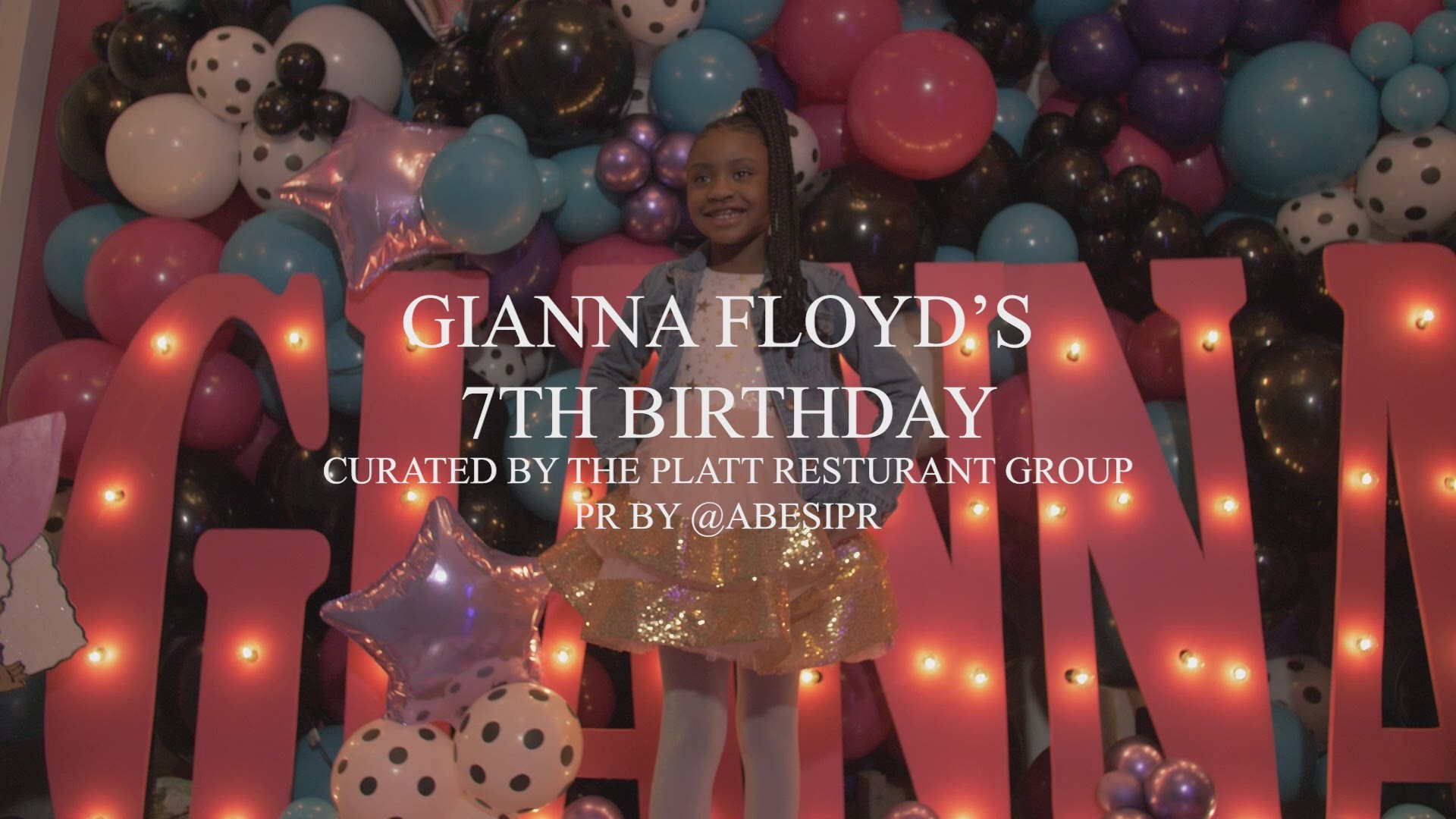 ATLANTA — Atlanta restaurateurs Ericka and William Platt, along with NBA star Stephen Jackson, are showing support to a little girl whose father's death jolted the nation earlier this year.

On Wednesday, the Platt Restaurant Group organized a birthday celebration for Gianna Floyd, the daughter of George Floyd, who was killed by law enforcement in Minneapolis.

Back in May, the harrowing nearly 8 minute video shook the world to its core. People from all over the world watched in disbelief as Floyd took his last breath while calling out for his mother.

Floyds death, along with Breonna Taylor, Ahmaud Aubrey and Rayshard Brooks, led to an aftermath of massive protests and demonstrations that also broke out, including here in Atlanta.

Over the last few months, the Platts have stepped in as a support system to Gianna and her mother, Roxie Washington.

“This is a very difficult time for my daughter so we’re very grateful that our extended family is creating such a special experience for Gianna on her first birthday without her father,” Washington said in a statement.

Ericka Platt revealed she lost the father of her child 17 years ago due to violence and this is what sparked her philanthropic efforts and motivates her to be a support system to Gianna.

Along with the family’s close friend Jackson, they wanted Gianna to have the best birthday, even as she is having a difficult time grieving her father.

“There are a lot of children who are suffering and are traumatized. We have to continue to support them after the headlines and attention disappears. Our long-term goal is to help as many children as we can. With the help of the community, and individuals who support this mission I believe this is possible,” Ericka said in a statement to 11Alive.

1 / 7
@abesipr | 323 Creative Designs
Community cheer and a dash of celeb surprises came together all thanks to Atlanta restaurateurs Ericka and William Platt, along with NBA star Stephen Jackson, who all wanted to spread awareness for children who lost a parent to violence.

Gianna and friends had a night to remember as one of her favorite rappers, Lil Baby, came to the bash. NBA icon Shaquille O’Neal also came to spread the love.

Ericka and William had been planning Gianna's birthday party since fourth of July when Gianna and her mother spent the holidays with the Platts. William reached out to Lil Baby and his rep said he immediately jumped on board.

Lil Baby said he was already inspired by George Floyd and had created "The Bigger Picture" anthem to bring attention to racial violence and how those losses impact children after.

Through the “Love to all who have a love for all” organization created by Jackson; the groups plans on supporting more children who have experienced the loss of a parent.