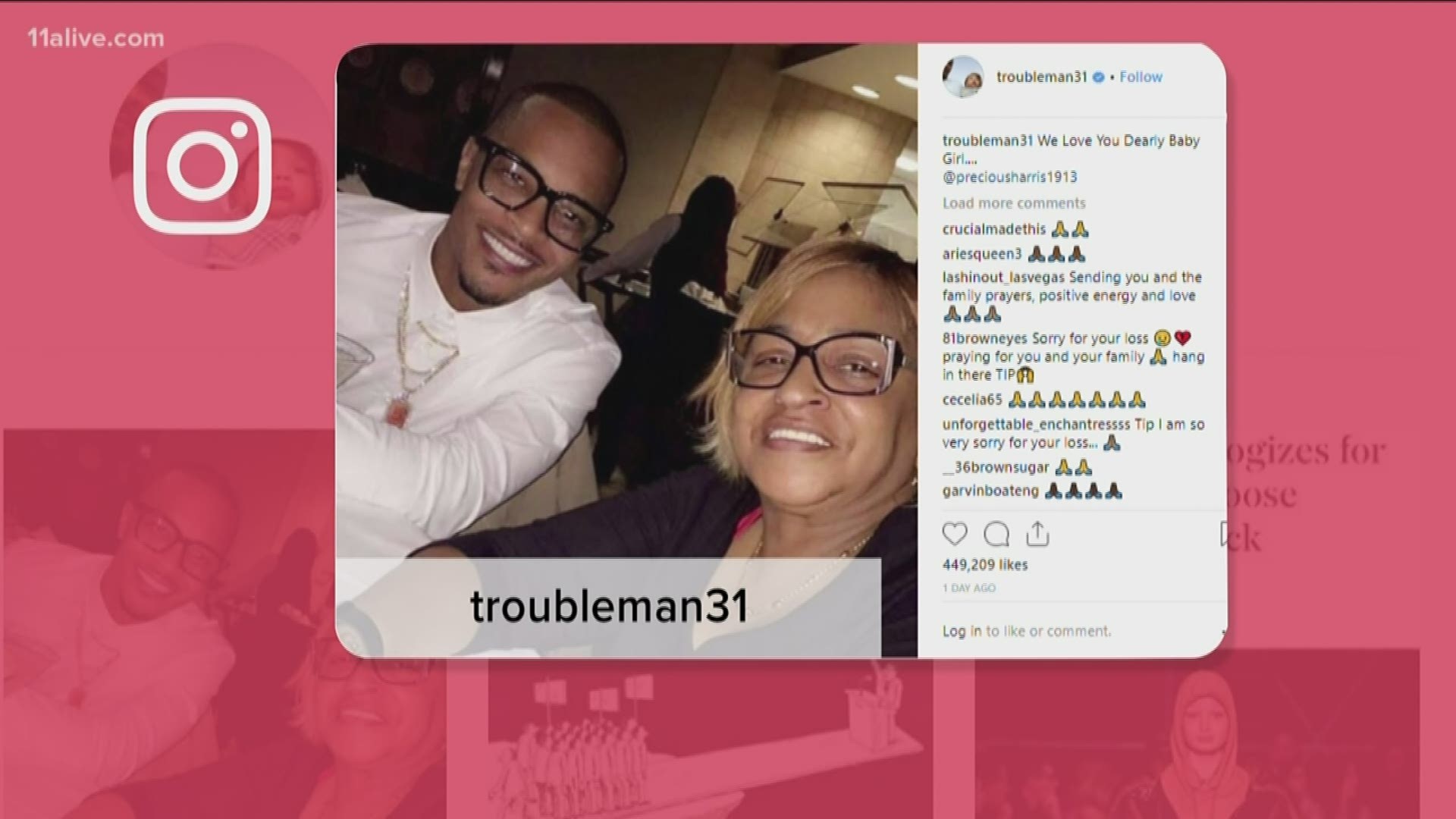 ATLANTA — We are learning more details about the death of Atlanta rapper and actor T.I.’s sister, Precious Harris.

The Fulton Medical Examiner confirms with 11Alive that the “T.I. & Tiny: The Family Hustle” star had enough cocaine in her system to trigger heart arrhythmia, a malfunction of the heart's electrical system.

11Alive reported when Precious Harris, who real name is Antoinette Chapman, was taken off life support in February.

One week prior, Harris crashed a car into a light pole before being taken to the hospital. It was originally reported that Harris battled complications with asthma at the time of her death.

T.I.’s close-knit relationship with his sister was captured on their hit VH1 reality show. He told VH1 that she was a “pivotal part of [his] development.”

In his parting words to his sister, T.I. said that Precious' lessons of love, words of wisdom and historical memories would never die.

T.I. pays tribute to sister Precious Harris on first birthday without her

To pay her mission forward, the Atlanta native surprised a single mother who is soaring academically and is also president of her class and founder of Queen Women’s Empowerment Organization with a scholarship.

T.I. said he hopes that the $25,000 scholarship “will help her continue on her path to do great things in her future.”