SPOILER ALERT ... Beyoncé will not be there, but her music will. 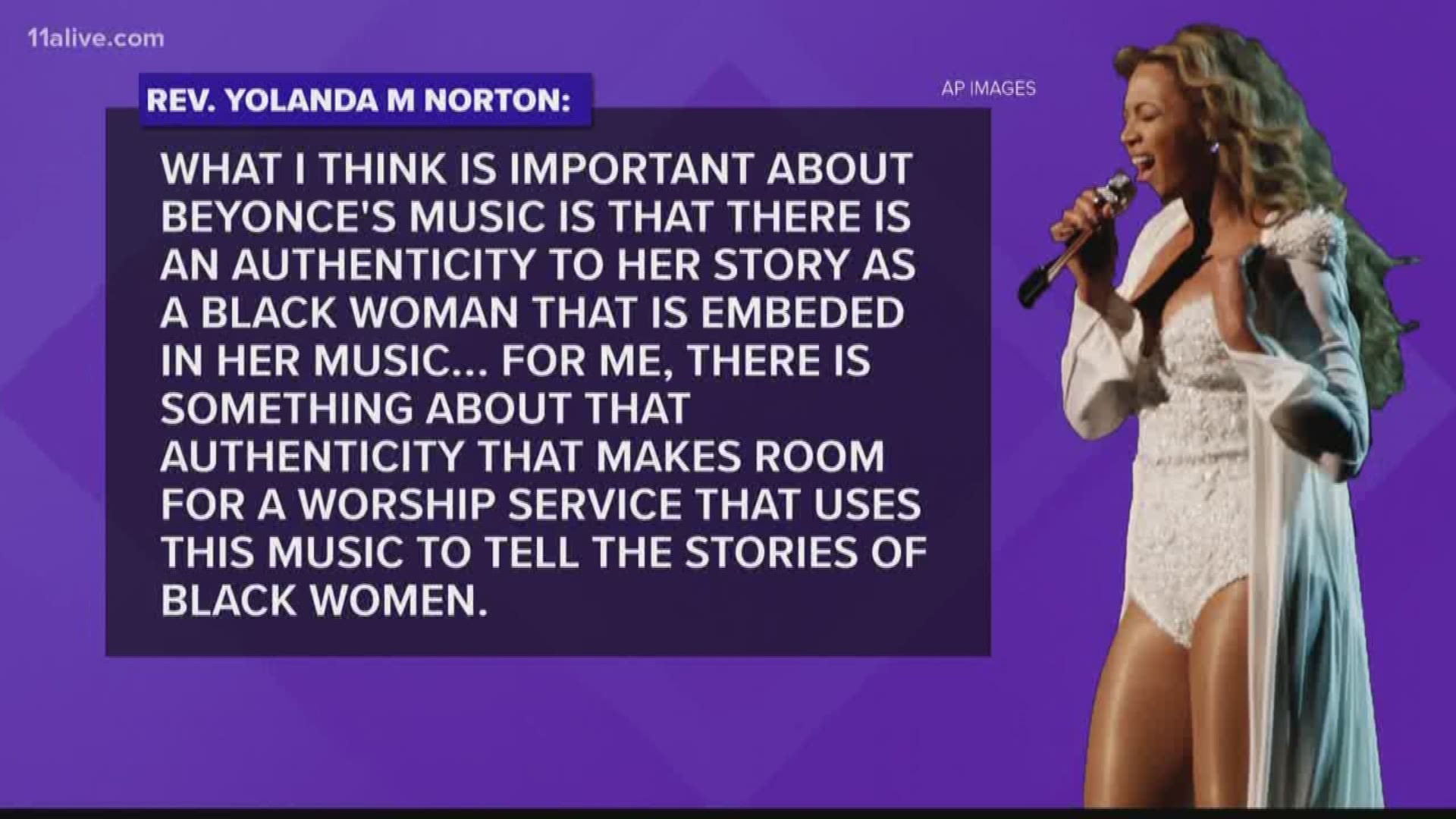 ATLANTA — A mass service dedicated to pop icon Beyoncé is coming to Atlanta.

Spelman College will host "Beyoncé Mass," an event that will be held in Sisters Chapel.

It will kick off Women's Appreciation month at the chapel.

SPOILER ALERT ... Beyoncé will not be there, but her music will.

The worship service is free and will include prayer, preaching and lots of Beyoncé’s music.

Beyoncé Mass was created by Rev. Yolanda Norton. She says it's a way to highlight how African American women encounter the Bible, but she's faced criticism from people who've called it insensitive.

Spelman is looking forward to it. In a statement, the Dean of Sisters Chapel at Spelman says "We're honored to host the mass."

"We're honored to host the Beyoncé Mass. This event is a natural extension of what we stand for in Sisters Chapel, as the spiritual center of Spelman College," said the Rev. Neichelle Guidry, Ph.D., dean of Sisters Chapel and director of the Women in Spiritual Discernment of Ministry Center. "In my role as dean, I recognize that a creative womanist approach to spirituality is necessary to sustain Black women."

The mass serves as the kickoff to Sisters Chapel's Women's Herstory Month.

The inaugural Beyoncé Mass, held in April 2018 at San Francisco's historic Grace Cathedral, drew roughly 1,000 people. Since then, the worship service has traveled across the globe to major cities, including Los Angeles, New York City and Lisbon, Portugal.

"Beyoncé Mass, as a Christian worship experience that is open to all, is not a ceremony deifying Beyoncé," said Rev. Norton. "Our hope is to glorify God, tell Black women's stories, and give people healing space to see how they are included in the divine narrative."

The service will include music from the artist's vast discography, readings from womanist scholars and prominent Black female leaders, and a sermon from Rev. Norton.