Birthday Bash ATL 25 will honor our artists from the past 25 years, while showcasing today's most important artists. 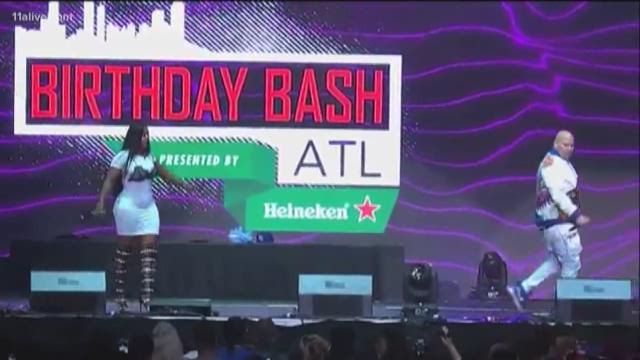 ATLANTA — One of Atlanta’s biggest hip-hop concerts is celebrating its 25th anniversary.

Birthday Bash ATL 25 will honor artists from the past 25 years while showcasing today's most important artists.

In 1995, WHTA Hot 97.5 launched in Atlanta. It was the first station dedicated to playing rap and hip hop 24 hours a day and has become the leading Hip Hop station in the country, but more importantly in Atlanta and the south!

The day will kick off at 12 noon with the free family-friendly block party at Centennial Olympic Park. The newly renovated park provides a larger footprint which allows for bigger promotional activations, interactive set-ups and vendors.

Attendees will also be treated to live performances from local and national acts throughout the day.

Birthday Bash ATL 25 artists will be announced in the next few weeks. More info here!