Here's when and where. 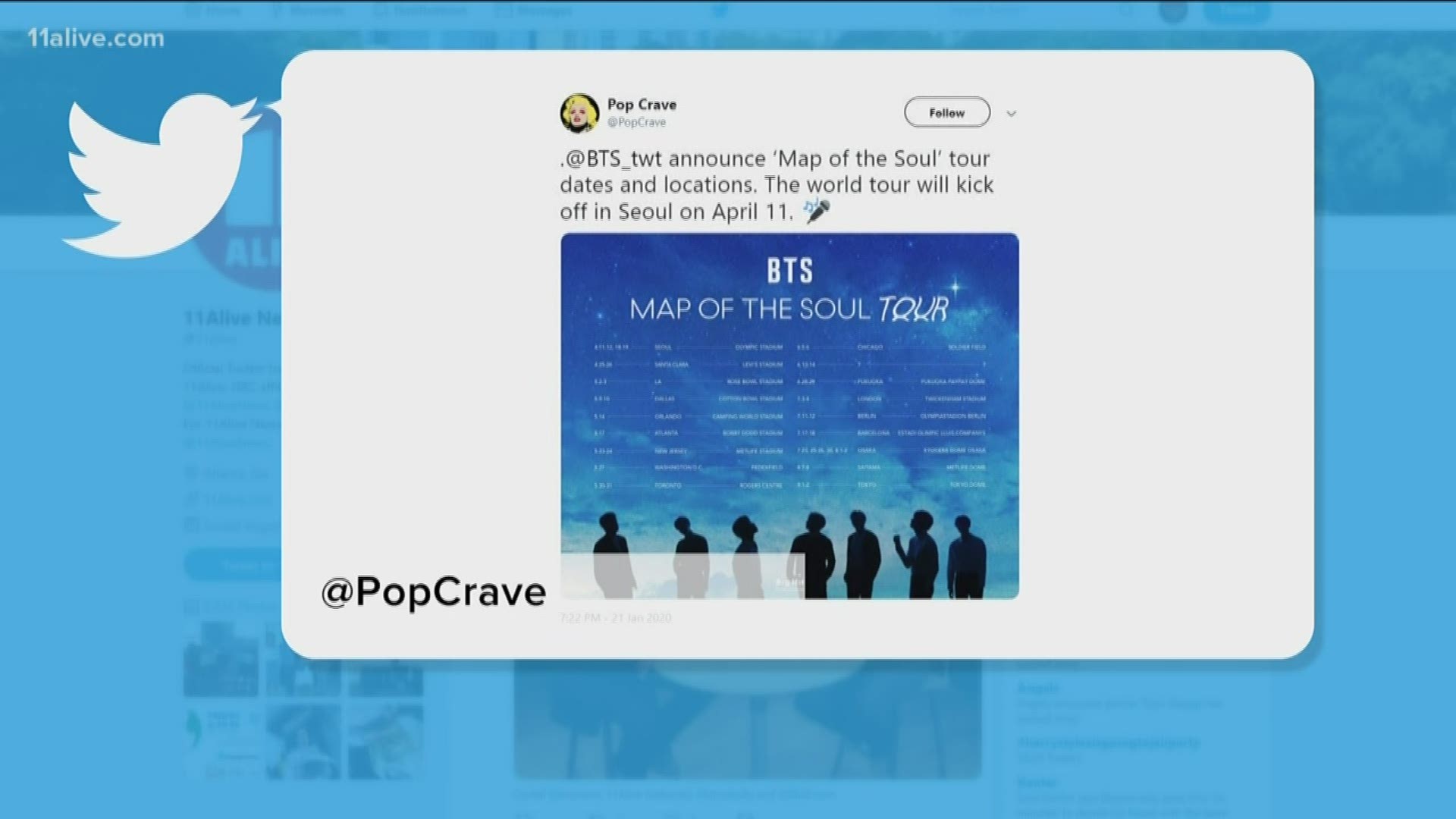 ATLANTA — The massively popular Korean pop band BTS is coming to Atlanta in May, the band revealed as dates were announced for their "Map of the Soul" tour.

The group is, by many measures, one of the biggest in the world, and anticipation for the tour among its massive online fanbase has been high. They haven't performed a concert in the U.S. since October 2018, and only played six U.S. cities then.

RELATED: Who is BTS? Everything you need to know about the K-Pop Grammy nominees

BigHit Entertainment, a Korean company that manages the group, announced dates in a tweet on Monday night. In addition to Atlanta, BTS is slated to visit the San Francisco Bay Area, Los Angeles, Dallas, Orlando, New Jersey, Washington, Toronto, and Chicago during a North American swing.

The Atlanta concert is slated for May 17 at Bobby Dodd Stadium.

Officially, tickets are not for sale yet. The Ticketmaster site is advertising membership in the "BTS Global Official Fanclub Army" as a way to get first dibs on tickets. There is also a general fan presale available.

It's not clear how potential concert seating on the football field would increase Bobby Dodd's capacity.

The tour kicks off on April 11 with a show in Seoul, South Korea.

Tyler Perry is all of us starting our New Years goals