You think you’ve got what it takes to be sing live for a major recording artist? Xscape’s Tiny Harris is looking for fresh talent to join her on stage. 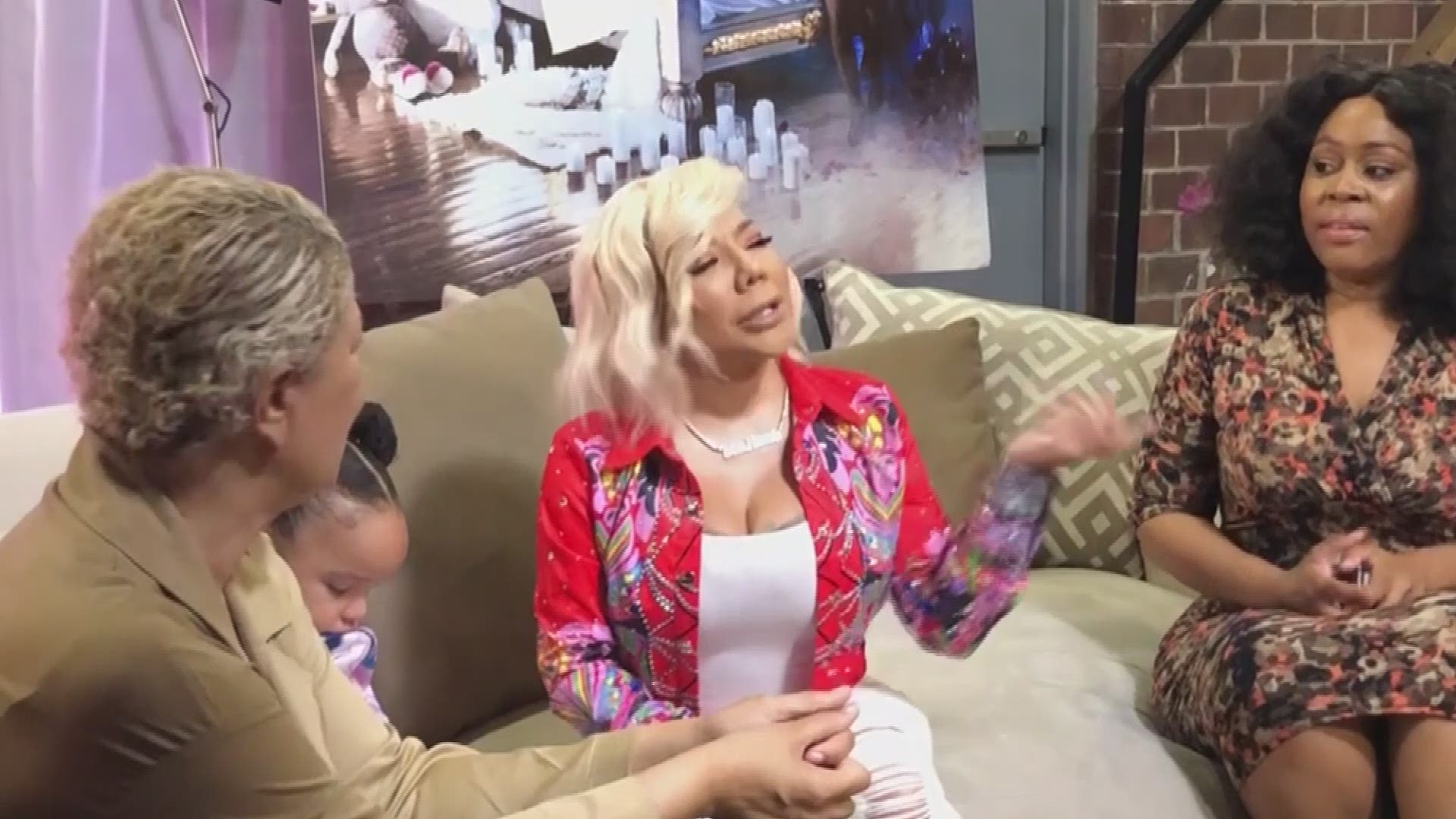 ATLANTA — You think you’ve got what it takes to be sing live for a major recording artist? Xscape’s Tiny Harris is looking for fresh talent to join her on stage.

Here are the requirements:

Harris is working her first solo project after more than 25 years as a singer-songwriter. The Grammy award-winning artist is best known as a member of the singing group “Xscape,” and writer of several hits such as TLC's “No Scrubs.”

During a listening event in Atlanta, Harris explained why she felt it was time for her own music. She's putting the finishing touches on an EP she plans to release soon.

“Sometimes its harder to branch out from what they [the fans] know … I thought, maybe if I create something different with this new music, maybe they’ll get into it,” Harris said.

With her young daughter with husband, rapper T.I., by her side, Harris says she's ready to share more of her life.

As part of a famous couple who’s also featured on a reality show, Harris feels many have misconceptions regarding her family.

“[In the songs] I’m addressing things and at the same time, and you'll be able to understand and actually feel it,” Harris said.

Born in College Park, Harris’ career began as a teenager when she joined the singing group Xscape. The other members, Kandi Burruss, LaTocha Scott, and Tomika Scott were students at Tri-Cities High School in East Point at the time.

“Those are my girls, we'll always have a bond,” Harris said.

Soon after, the girls met Atlanta producer Jermaine Dupri, and the rest became hip-hop history. It’s a history, Harris says, that will soon be depicted in a biopic.

“We’re working on it - it will appear BRAVO,” Harris revealed.

The seven-song EP was produced Grammy award-winner Christopher “Tricky” Stewart and Sanchez Holmes. Harris says she decided on a 90s and 2000s R&B sound - with a modern twist.