“Respect” will feature the untold story about the star’s rise to stardom. 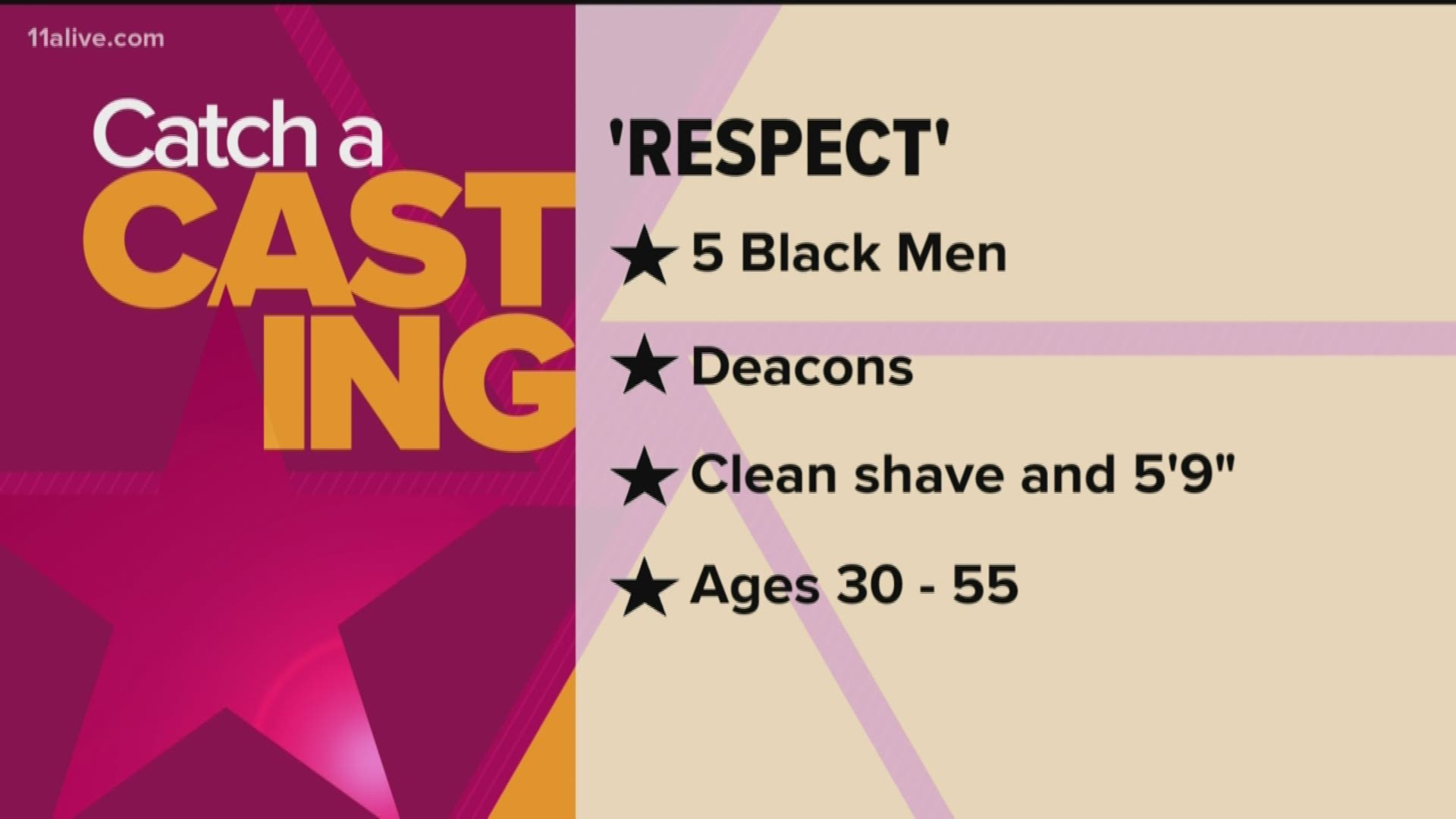 ATLANTA — Two separate projects about the life of soul icon Aretha Franklin are taking place in Atlanta, and we have casting information for both projects.

How would you like to play a deacon alongside award winning songstress Jennifer Hudson?

Academy Award winner Jennifer Hudson stars in the movie alongside Marlon Wayans. Hudson, revealed that the movie is currently being filmed at Tyler Perry Studios.

“Respect” will feature the untold story about the soul star’s rise to stardom.

So far, it appears that the basecamp sign used as the working title for this movie is “QOS,” which is the abbreviated of the singer’s title “Queen of Soul."

If you have what it takes, e-mail your resume and headshot to EMAIL: QOS.BACKGROUND@gmail.com.

The legacy of Aretha Franklin is also getting time on the small screen. A TV series for Nat Geo is also centering a story around the star.

Deadline reports the third season of their series will be called “Genius: Aretha,”and yes they are casting.

The scene takes place at a car dealership, as reported by Project Casting.

Central Casting directors need both male and female patrons and drivers. You must be Caucasian, ages 20 to 60, with a “conservative” look.

This scene takes place in 1967, so no modern hair styles! Men can have small, tidy mustaches, but no goatees or beards.