Grandpa Joe and one of the Oompa-Loompas spoke to the students ahead of auditions for their own school play and left them with a little advice for the stage. 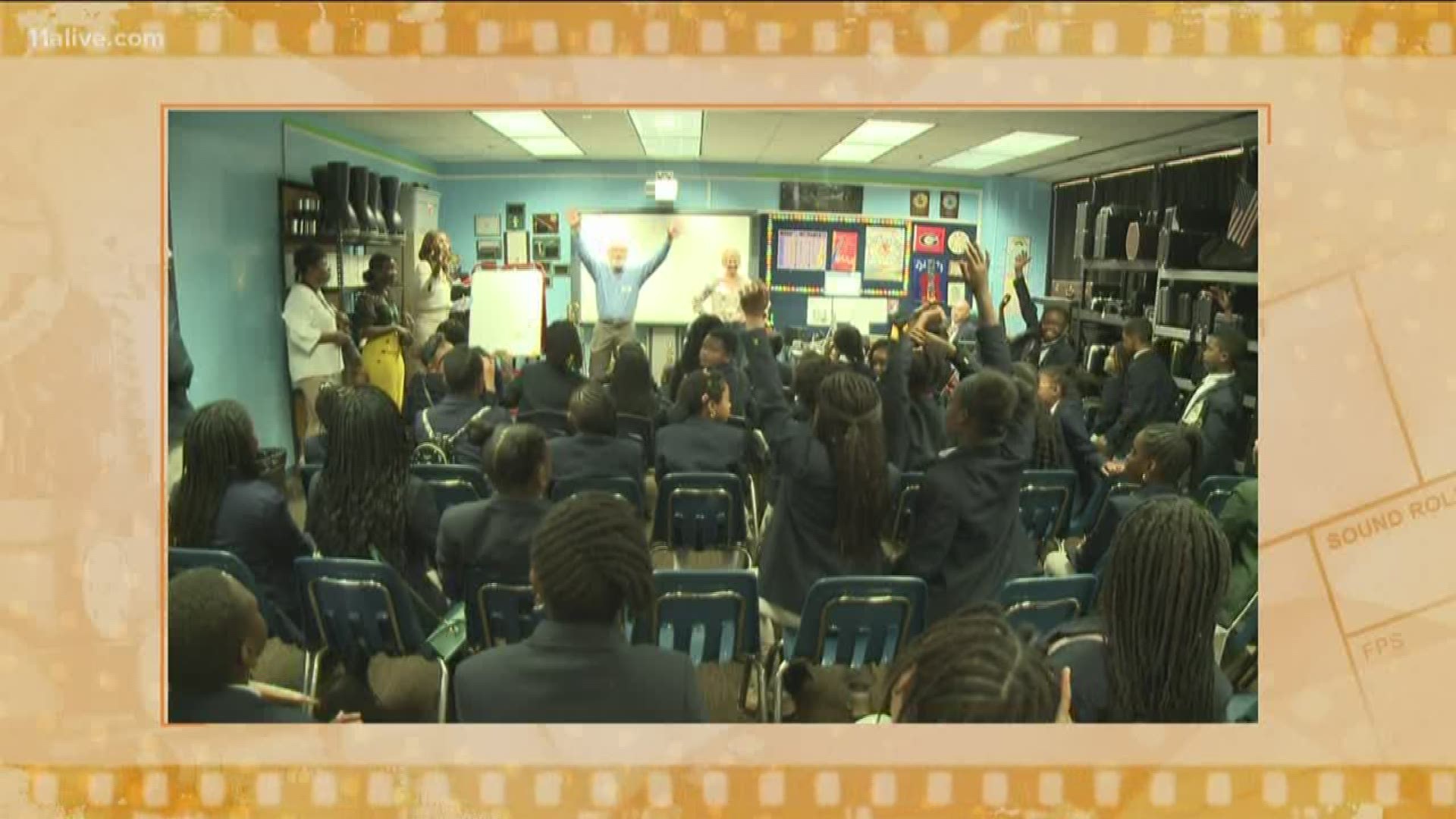 STONE MOUNTAIN, Ga. — Drama students at DeKalb Academy of Technology and the Environment got a surprise visit from some of the cast from the “Charlie and the Chocolate Factory” Broadway show.

Grandpa Joe (Jim Young) and one of the Oompa-Loompas (Jen Malenke) talked to the students ahead of auditions for their own school play and left them with a little advice.

"They gave me some advice to stretch, be in your zone, and not be nervous," one student told 11Alive.

'Charlie and the Chocolate Factory: The New Musical,' which had a string of performances at Atlanta’s FOX Theater this week, tells the story of Willy Wonka, world famous inventor of the Everlasting Gobstopper, who has just made an astonishing announcement. His marvelous -- and mysterious -- factory is opening its gates but only to a lucky few.

That includes young Charlie Bucket, whose life definitely needs sweetening. He and four other golden ticket winners will embark on a mesmerizing, life-changing journey through Wonka’s world of pure imagination.

1 / 6
11Alive
Grandpa Joe and one of the Oompaloompas talked to the students ahead of auditions for their own school play and left them with a little advice for the stage.

The hit Broadway musical features songs from the original film, including "Pure Imagination," "The Candy Man," and "I've Got a Golden Ticket," alongside a toe-tapping and ear-tickling new score from the songwriters from Hairspray.

Catch "Charlie and The Chocolate Factory" up until this Sunday at Atlanta FOX Theater.

Tributes pour in for T.I's birthday