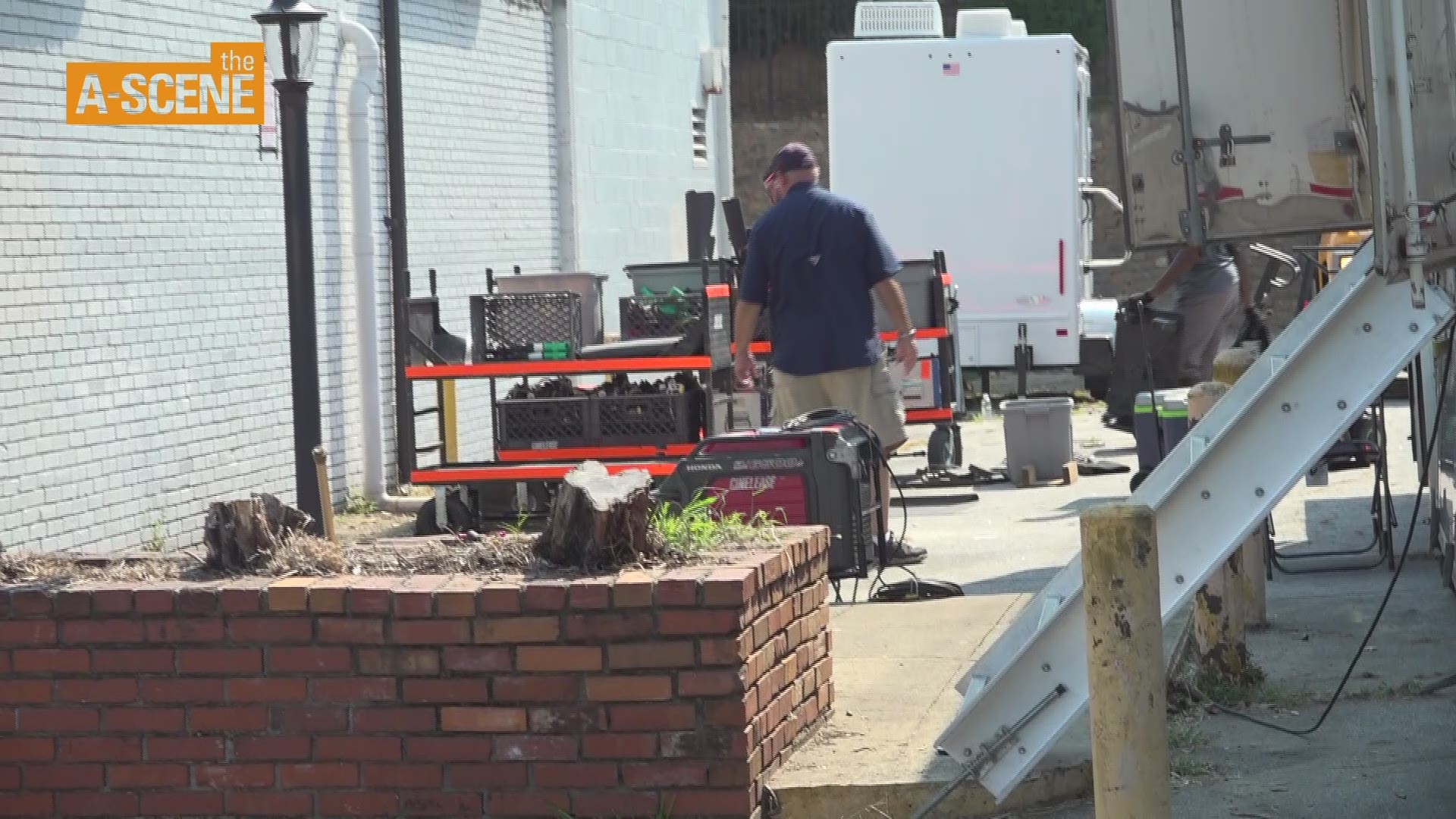 ATLANTA — Scenes for upcoming episodes of YouTube’s original series "Cobra Kai" were being filmed in the Midtown section of Atlanta Tuesday.

“CK” is the basecamp sign producers use while filming the hit YouTube Original Series, which has been renewed for a third season.

The two reunite over 30 years after the events of the 1984 All Valley Karate Tournament.

"Cobra Kai," which has filmed seasons one and two in Atlanta, is set in the Encino, California.

Karate Kid fans catch up with Daniel LaRusso (Ralph Macchio) as he leads an enviable life with his beautiful family, while running a successful string of car dealerships throughout the valley.

Credit: WXIA
Thanks to our A-Scene Facebook Group member Mason Tubal for catching this CK sign for us! Keep an eye out for those yellow signs around town and share them with the A-Scene!

Their lives inevitably become intertwined and the rivalry is reignited, setting forth the next generation of “karate kids.”

A release date for the third season of "Cobra Kai" has not been announced.

The show is produced by Overbrook Entertainment in association with Sony Pictures Television.

Producers may pay hundreds of dollars a day for some vehicles to be used in scenes. If you have a car that you think would be worthy of camera time, check out our feature here.