An insider tells us that Macchio enjoyed the seafood options on the menu, and he ate until his heart was content. 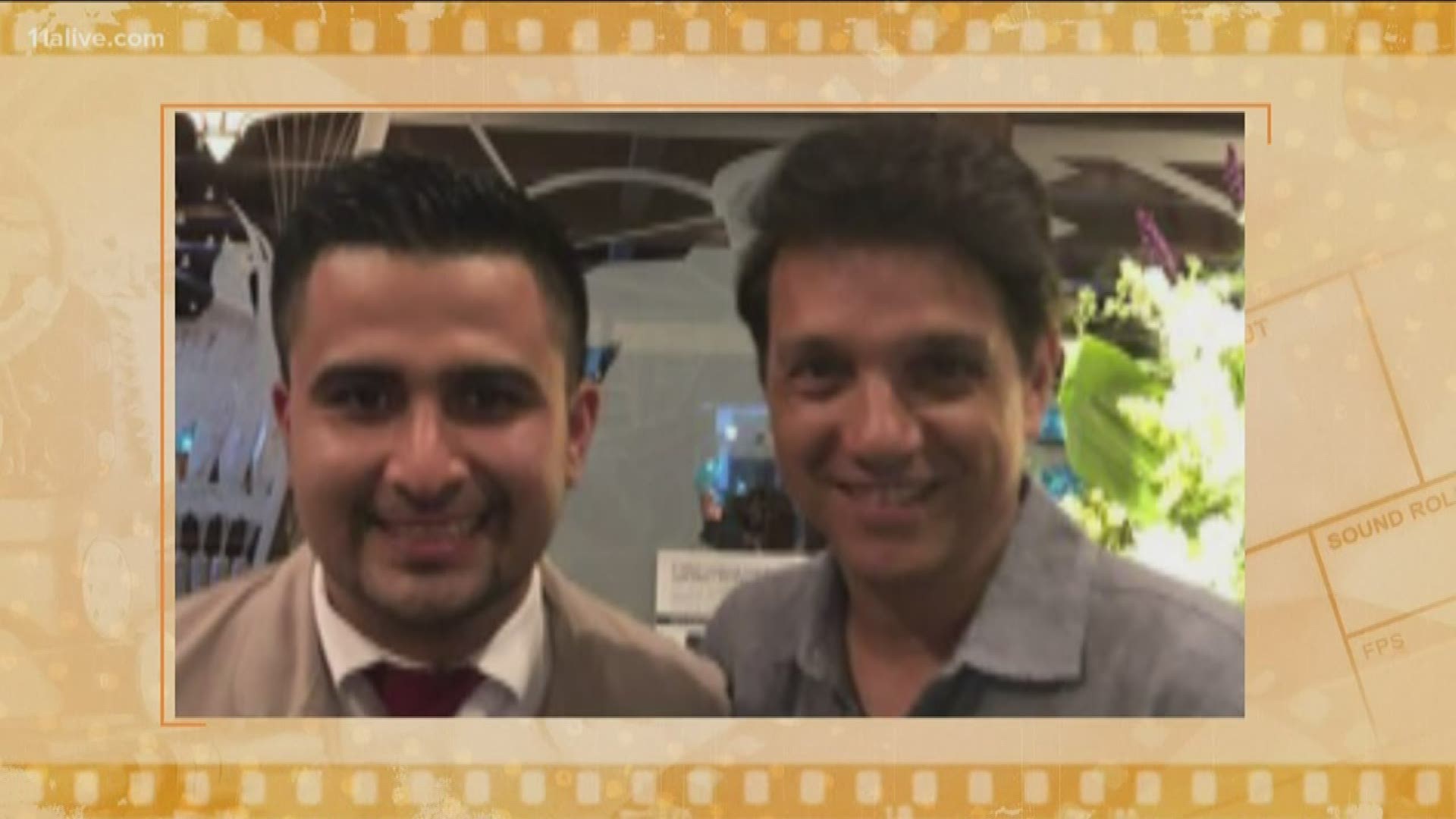 ATLANTA — The booming entertainment industry in Atlanta is home to many actors who work here, and the food options are endless.

So, it was no surprise when we spotted Ralph Macchio, star of the YouTube Original series “Cobra Kai,” munching at Chops in Buckhead. Macchio is most known for appearing in the original “Karate Kid” scene

An insider tells us that Macchio enjoyed the seafood options on the menu, and he ate until his heart was content.

The star even took a photo with Chops' employee, Fernando Duarte.

Filming for scenes for Cobra Kai picked up last week in Atlanta. The A-Scene caught crews as they were wrapping scenes in Midtown for the upcoming third season.

“CK” is the basecamp sign producers use while filming the hit YouTube Original Series, which has been renewed for a third season.

Credit: Elise Roth Tedeschi
An insider tells us that Macchio enjoyed the seafood options on the menu, and he ate until his heart was content.

The two reunite over 30 years after the events of the 1984 All Valley Karate Tournament.

"Cobra Kai," which has filmed seasons one and two in Atlanta, is set in the Encino, California.

Karate Kid fans catch up with Daniel LaRusso (Macchio) as he leads an enviable life with his beautiful family, while running a successful string of car dealerships throughout the valley.

Chops is a dining favorite for stars when they come to Atlanta.

Earlier this summer, Clint Eastwood would come there twice a week while he filmed the “Ballad of Richard Jewell.”