'Coming 2 America' will be released March 2021 from Amazon Studios

Eddie Murphy will return on screen as newly crowned King Akeem along with his trusted confidante Semmi, played by Arsenio Hall. 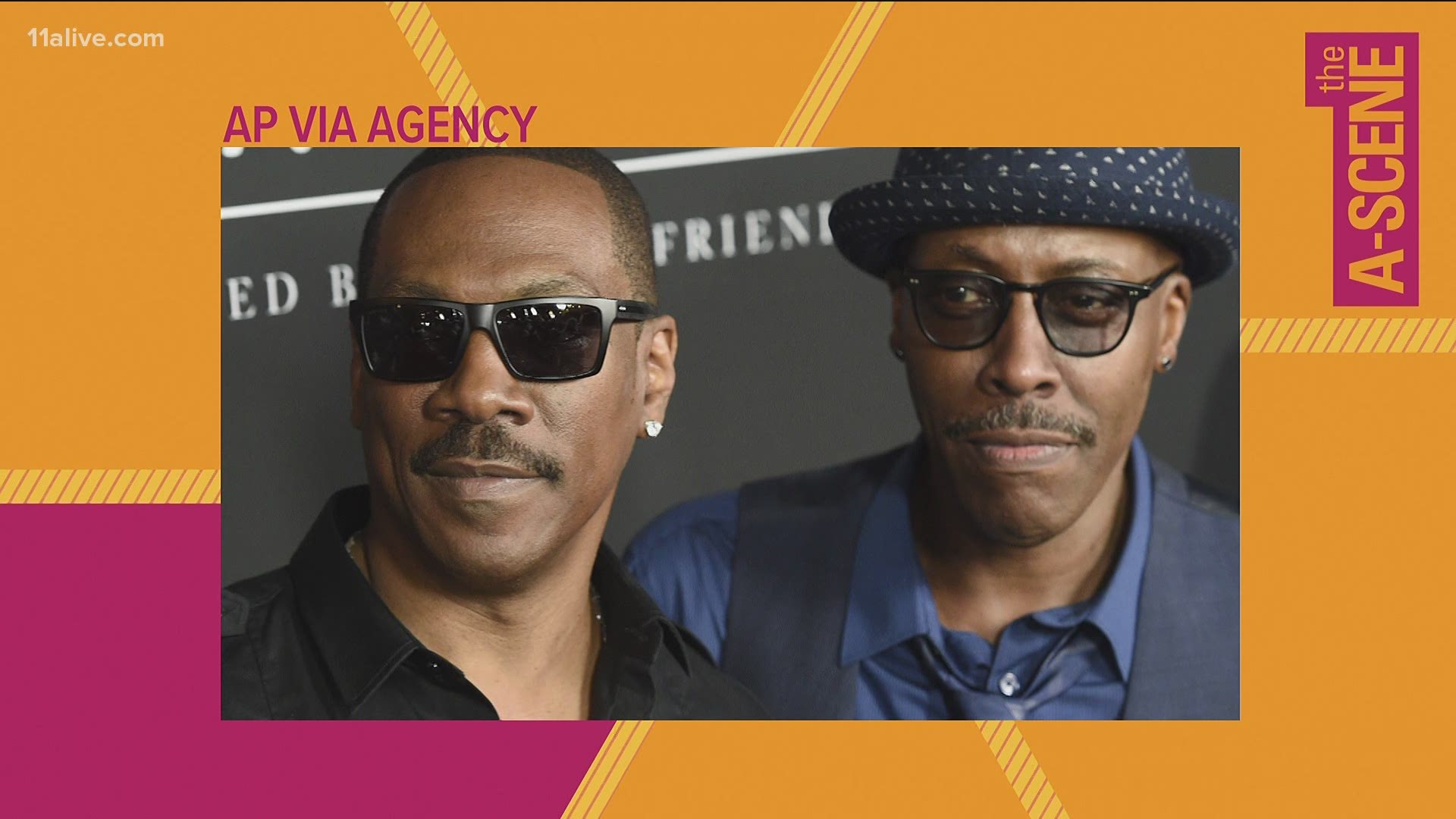 ATLANTA — Welcome back to Zamunda! Amazon Studios has officially announced the premiere date for the long-awaited sequel to the iconic comedy "Coming to America."

“Coming 2 America” will launch worldwide in over 240 countries and territories on Prime Video on March 5, 2021, according to a release sent to 11Alive’s The A-Scene.

Eddie Murphy returns on-screen as newly crowned King Akeem along with his trusted confidante Semmi, played by Arsenio Hall. For the sequel, the two embark on an all-new hilarious adventure that has them traversing the globe from their great African nation to the borough of Queens, New York – where it all began.

“Coming to America was a cultural phenomenon that is one of the most loved and celebrated comedies of all time,”  Jennifer Salke, Head of Amazon Studios wrote in a statement. “Thanks to Eddie Murphy’s comedic genius along with the brilliant filmmakers, writers and fabulous cast, we couldn’t be more excited to celebrate this new adventure. We know audiences around the world will fall in love with this hilarious, joyful movie that will surely become a timeless favorite.”

“What could be better than a return to Zamunda? We are so excited for Amazon Studios to bring Eddie Murphy and “Coming 2 America” to a worldwide audience where they can laugh again with characters they have loved for 30 years, and meet new ones that they will love for years to come,” said producer Kevin Misher

The report teased final details for the deal are being “hammered out,” with plans to partner with McDonald’s and whiskey brand Crown Royal.

The royal rumors are true. #Coming2America will let its sooooouuuuul-glo exclusively on Prime Video March 5. pic.twitter.com/DHwqCJ4RHQ

Between the summer and fall of 2019, several scenes for “Coming 2 America” were filmed throughout Atlanta including Tyler Perry Studios and Rick Ross’ Fayetteville estate.

John Amos is set to return as Cleo McDowell, the owner of McDowell’s, a spoof of McDonald’s.

Ross revealed that the original movie is his favorite and that is the main reason why he wanted to be part of the making of the sequel.

The mogul resides in a Fayette County estate on Old National Highway. The property was once owned by Evander Holyfield.

The star-studded action hit a new height when Will Smith and Martin Lawrence from “Bad Boys For Life" and Eddie Murphy and Wesley Snipes from were all spotted hanging out in between takes on set.

The photos of the iconic actors were snapped and posted on Instagram by celeb hairstylist Stacey Kutz. She wrote on Instagram, “A whole lotta greatness right here at @tylerperrystudios @therealpierceaustin are we working or having a reunion today? lol”