Mark Cuevas is still single and Lauren Speed says Cameron put a ring on it. 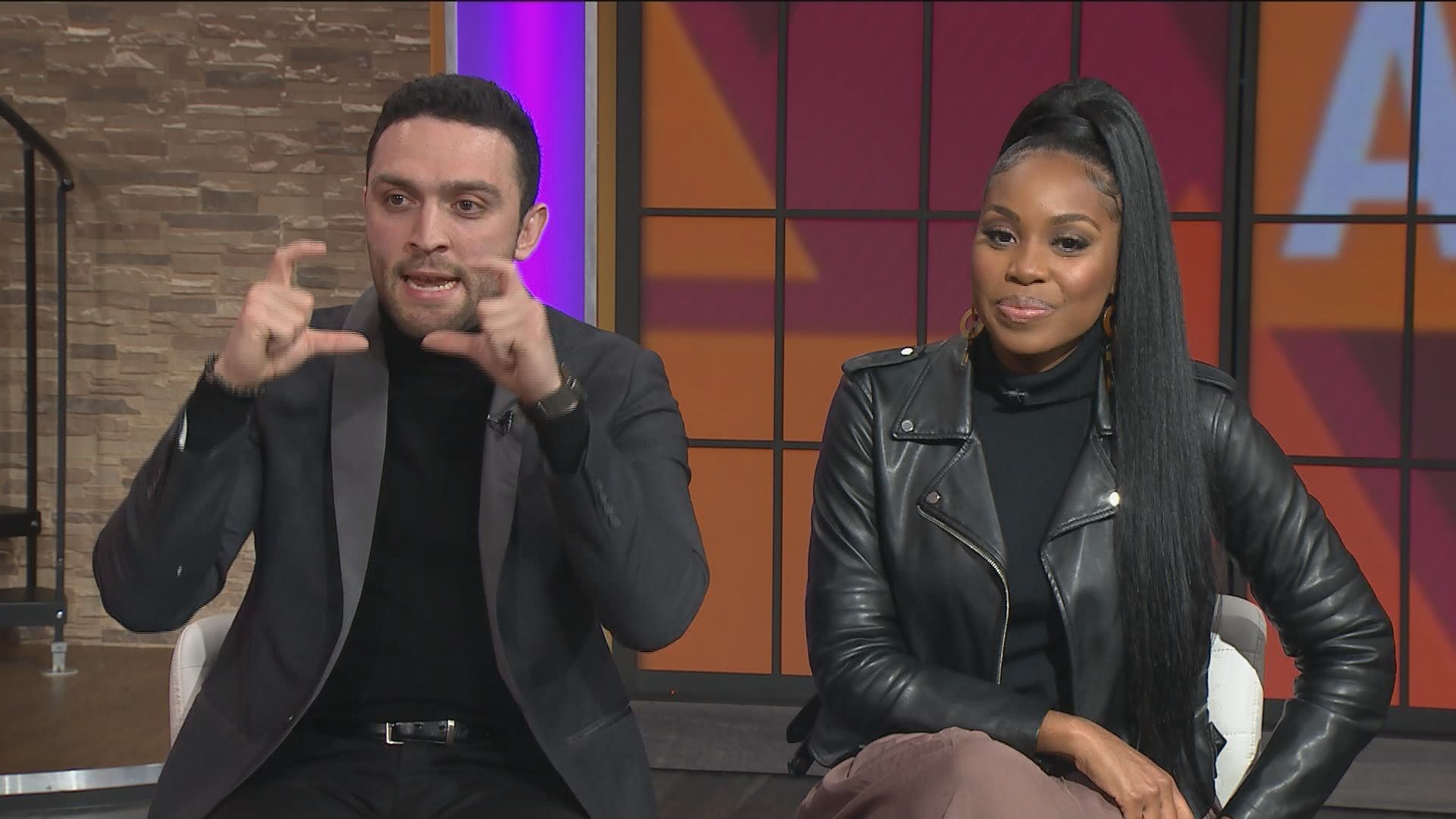 ATLANTA — “Love is Blind” is the number one show on Netflix right now and it was filmed right here in Atlanta.

The unscripted series features Atlanta singles who were ready to mingle during a 3-week dating experiment hosted by Nick and Vanessa Lachey.

Well, two of the contestants stopped by the A-Scene fresh on the heels of their steamy season finale.

Mark Cuevas and Lauren Speed appeared on the show that was filmed in Atlanta in 2018. Both locals took the chance at finding romance without ever seeing their potential spouse until it was time to officiate things and get married.

RELATED: Contestants from Georgia appear in 'Love is Blind' on Netflix

For people who have not seen the series, these two are not a couple.

Cuevas and Speed have experienced their love affairs with the other contestants.

If “Love is Blind” had a prom king and queen, it would be contestants Cameron Hamilton and Lauren Speed.

The couple’s interracial romance became a trending topic on Twitter. Hamilton, a 29-year-old CEO, has had several serious relationships.

Speed, 32, is a content creator who wants romance based on a real connection, not just physical attraction.

The couple was the first to be engaged on the show and is one of the most popular on social media.

Speed is now Mrs. Hamilton as the couple revealed they were married on the finale.

Age was at the center of Mark Cuevas and Jessica Batten’s romantic debacle (in addition to Jessica’s obsession with Matt Barnett).

Cuevas, a 24-year-old personal trainer, is on a mission to prove that he is mature enough for a serious relationship.

Batten, a 34-year-old who works in tech sales, is torn because she’s developed feelings for Mark but Matt remains a thorn at her side.

Check out our interview in the player above as Cuevas and Speed detail their current lives now that the show is over.

GIF vs. Jif: Peanut butter weighs in on pronunciation debate