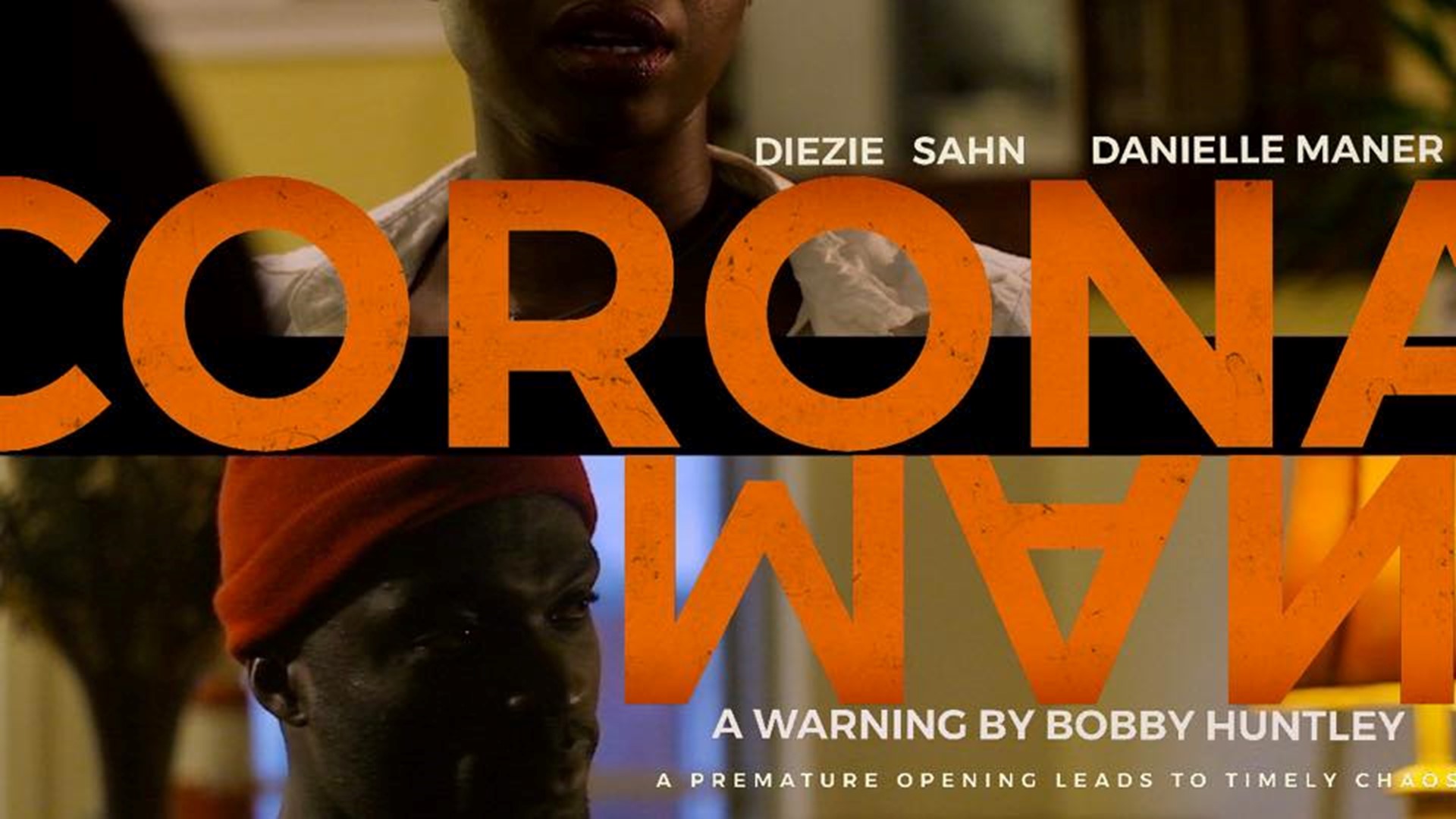 ATLANTA — As the order for businesses to re-open throughout Georgia is met with both resistance and praise, one filmmaker has unleashed a theatrical reaction to the impact of the coronavirus pandemic by way of a very creative movie trailer.

“Corona Man: Stay Home,” a digital short directed by Bobby Huntley, re-imagines Jordan Peele’s “Get Out” and his upcoming thriller “Candyman.” It comes as Atlanta residents learn some non-essential businesses - like nail shops, hair salons and tattoo parlors - are allowed to be open after weeks of social distancing guidelines being put in place to slow the spread of the COVID-19 virus.

The trailer features a couple who is met with opposing anxieties of deciding to go outside or “staying alive” during the pandemic.

The clip had reached more than 68,000 views just days after Huntley published it on his Facebook page. On his Instagram page, he’s reached more than 100,000 views and garnered praise from celebs like Kandi Buruss-Tucker, D.L. Hugley and even filmmaker Ava DuVernay.

In an interview with 11Alive’s The A-Scene, Huntley said that he filmed the short in support of Atlanta Mayor Keshia Lance Bottom’s message to residents to continue practicing social distancing as a safety measure against the spread of the virus. The mayor, has cautioned residents of the city - particularly African-American communities that have been hardest hit by the health and financial devastation of the virus - from venturing out too quickly, causing a possible second wave of virus infections.

So, Huntley said he decided to use his skills behind the scenes as a call to action.

“We’ve got to let people know that we have to put our communities first and take care of each other, and just hold it down a little bit longer,” he said.

Huntley's homage to Peele is one that he was still beaming at during our interview. He said the director “single-handedly got him into got me into the horror thriller genre."

And this is not the first time Huntley has parodied Peele. Last year, he put his spin on Peele’s 2019 thriller “Us.” This time around, though, Huntley said he didn't have to look too far for inspiration.

“I just feel like a real-world horror film right now. This doesn’t make any sense. It doesn’t feel real," Huntley explained. "I can’t remember my name or what day it is, sometimes. There is this wired disconnect that I think everybody can identify with."

For the filming process, Huntley said he, the actors and crew practiced safety throughout the day shoot.

“We took all the precautions that we could to make sure that we were practicing social distancing,” Huntley assured.

He added that he hired two cinematographers for a day and night shoot, and worked with a small crew.

Huntley added that us he’s happy to hear that the mayor of Atlanta has seen his latest project.

“I’m just so happy that she’s getting the message," he said. "That people are rallying behind her, and hashtag #MayorKeshiaSaysNo. ... We’re going to support her and stand behind her."