Scenes for the Marvel Studios series were filmed at Pinewood Studios and throughout metro Atlanta before the pandemic. 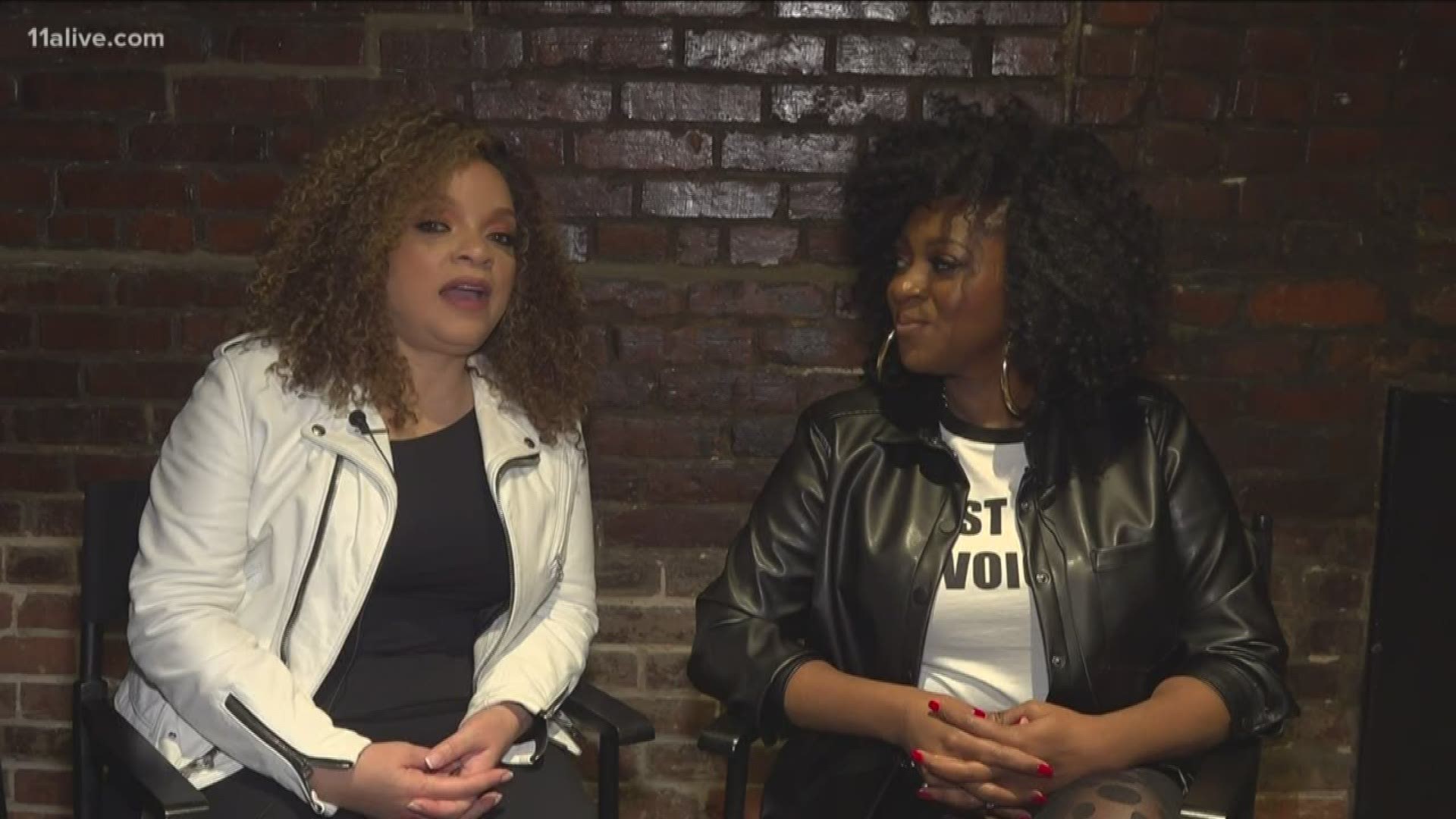 ATLANTA — Viewers who watched Sunday night’s Primetime Emmy broadcast may have caught some of the first clips of the upcoming Disney+ series “WandaVision.”

The feature kicked off with Wanda Maximoff (Elizabeth Olsen), who is better known by her superhero name -- Scarlet Witch -- appearing in what appeared to be a 1950s black-and-white TV sitcom.

In the trailer for “WandaVision,” just as in the comic books that the series is, at least in part, based on, Scarlett Witch and Vision tie the knot.

The characters are seen living an apparently ordinary lifestyle of daily routines that include going to work and having neighbors over for dinner, but by the end, it becomes clear that everything is not what it seems.

Both heroes are clearly up to something.

Some of the scenes of the trailer appear to be hopping through time, with scenes set in the 1970s and 1980s.

Eagle-eyed viewers will recognize Debra Jo Rupp from "That 70's Show," in some of the trailer's scenes.

“WandaVision” is the first series to be released from Marvel Studios on Disney+. Scenes were filmed at Pinewood Studios and throughout metro Atlanta before the pandemic.

According to another promo from Disney+ that aired over the weekend, "WandaVision" will begin airing in late 2020.

Two other Marvel Studios TV series, "Loki," and “The Falcon and The Winter Soldier” have also filmed at least some of their sequences in metro Atlanta and are expected to be released between December 2020 and early summer 2021.

Marvel Studios has several other series planned for Disney+, including "Moon Knight," and "Ms. Marvel."

In the comics, She-Hulk is attorney Jennifer Walters, who gains her powers after receiving a blood transfusion from her cousin, Dr. Bruce Banner -- also known as The Hulk.

There's no word on when production on "She-Hulk" or the other Marvel/Disney+ series will begin production, or if they will be made in Georgia.