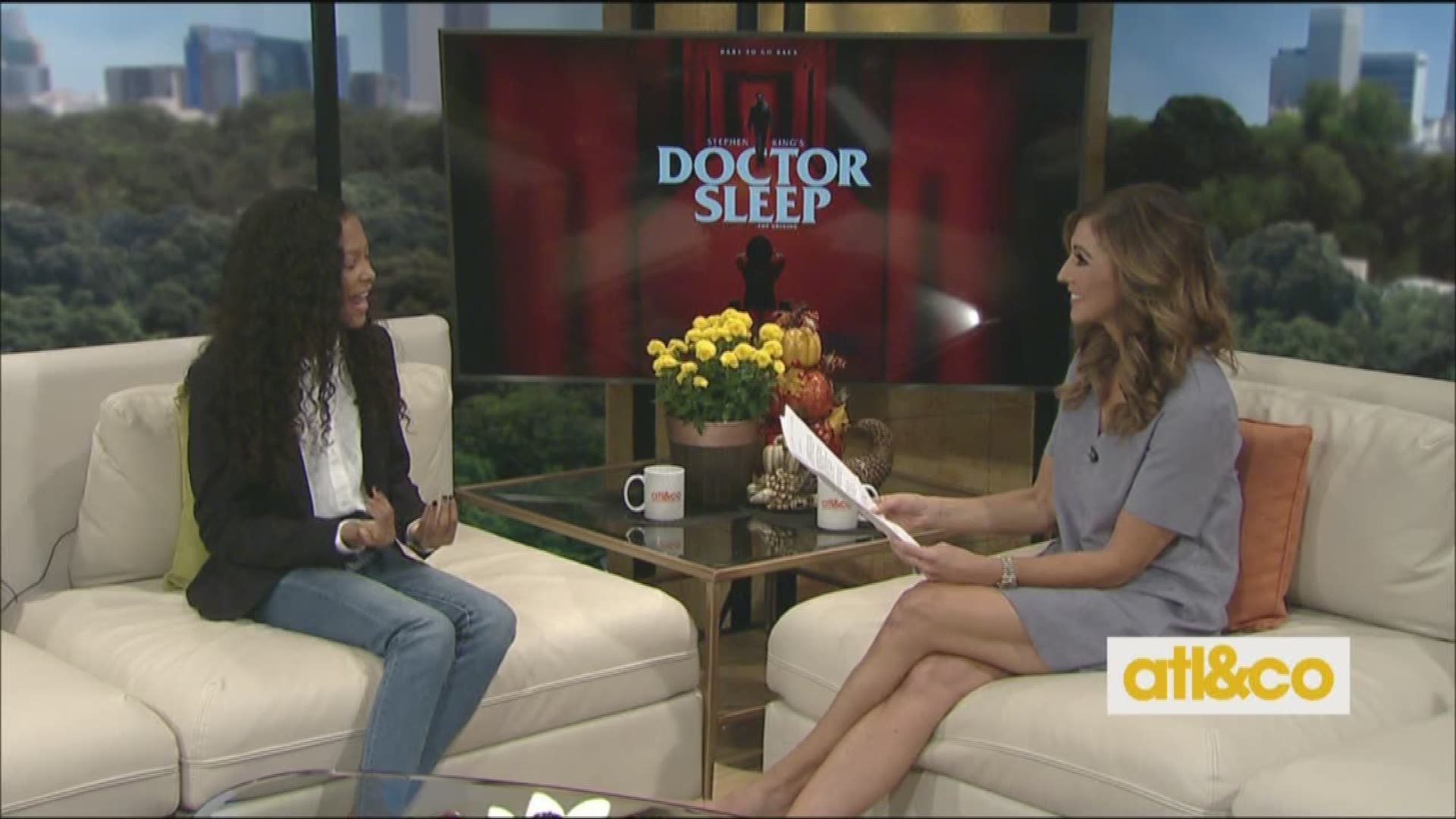 ATLANTA — Stephen King's "Doctor Sleep" is a new film based on a sequel to his acclaimed 1977 novel “The Shining”.

The story follows the now grown Danny Torrence as he learns to come to terms with his traumatic childhood and extrasensory gift thanks to a teen named Abra who also shares his power.

The 13-year-old came to 11Alive’s Atlanta & Company to discuss her role!

It’s a gift that reunites Danny and Abra together, but not everyone in the film are using their powers for good.

“There are a wandering group of travelers that are seeking out immortality. They suck out the essence or the shine from mostly children, because the shine is most present in them,  and they target Abra. So that’s where the plots start to thicken “Curran laughed.

During the interview, Atlanta & Company's Christine Pullara calls the original film one of the scariest movies of all time.

When she asked Curran about covering such a chilling genre, the actress revealed that she was not scared to tackle this role.

“I love horror so much. It’s my favorite so it was a really nice challenge because I went from theater. This bright and bubbly theater to this dark and disturbing set,” Curran said. “It was amazing actually. It was so much fun.”

Curran said she watched the original movie 3 times while auditioning for the role for research purposes.

Some die-hard fans out there may be familiar with the fact that the 1980 movie “The Shining” didn't follow along with the original book.

The star revealed that the “Doctor Sleep” movie is a good mix of both.

Some Georgia residents got in on the action from behind the scenes when the movie filmed in Covington in November of 2018.

You can see how it all came to the big screen, as the movie was released nationwide November 8.

Marvel Studios begins filming ‘The Falcon and The Winter Soldier’