Megan Thee Stallion and Roddy Ricch garnered the second most nods with five nominations each. 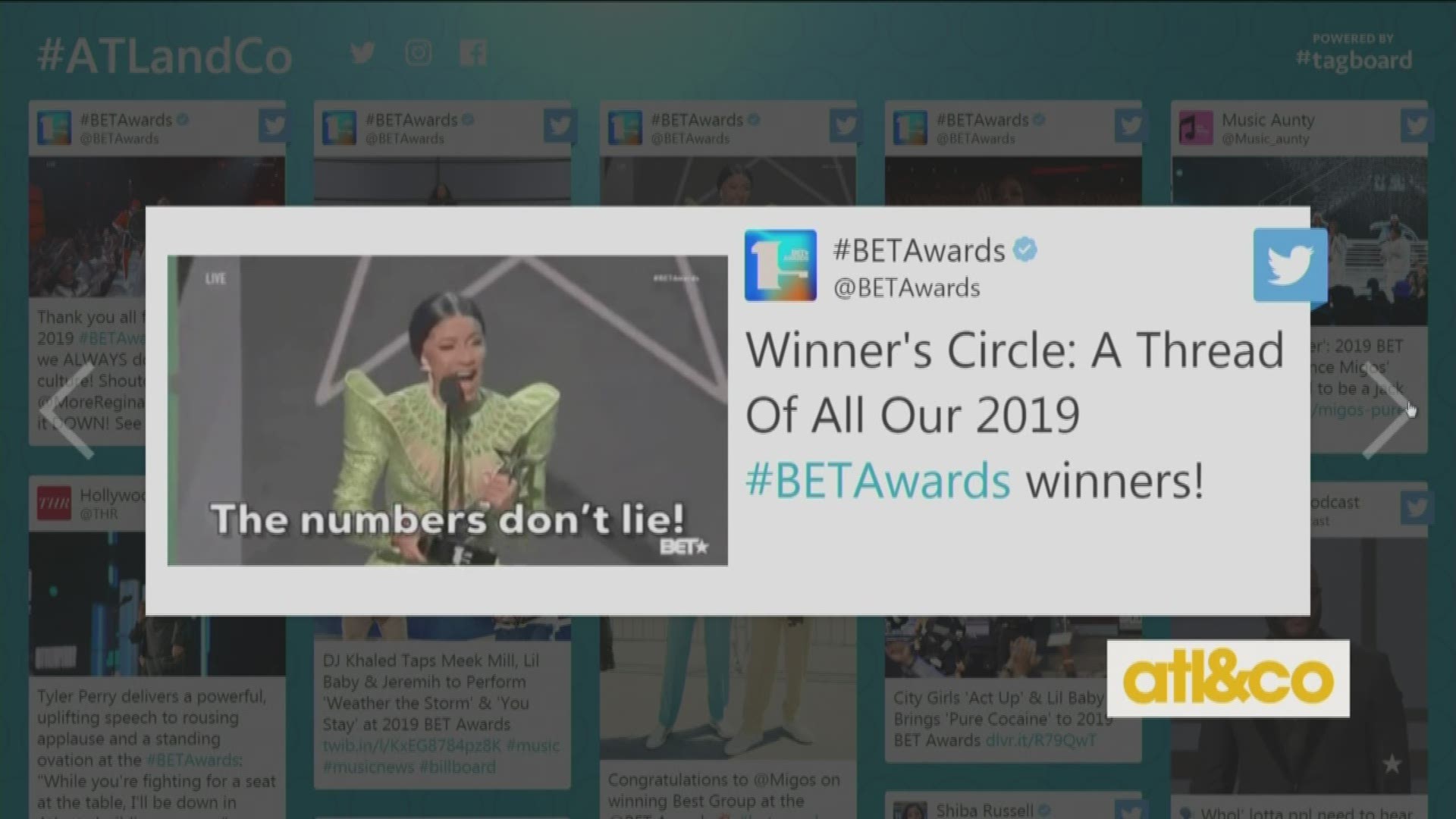 ATLANTA — BET has announced the nominees for The “BET Awards” 2020.  The upcoming simulcast will highlight black excellence across music, television, film, sports, and philanthropy at 8pm ET across ViacomCBS networks including BET, BET HER, and will make its national broadcast premiere on CBS on  Sunday, June 28.

Topping the nominations for this year’s show is Drake, who secured six nods including ‘Best Male Hip Hop Artist,’ ‘Video of the Year,’ and two nods for both ‘Best Collaboration’ and ‘Viewer’s Choice’ for his features alongside Chris Brown( No Guidance) and Atlanta rapper Future (Life Is Good).

Megan Thee Stallion and Roddy Ricch  are tied with the second most nods with five nominations each.

Beyoncé, Nicki Minaj, Chris Brown, Lizzo, and DaBaby are the third highest with four nominations each.

Hosted by Amanda Seales, this year’s first of its kind virtual award show will be produced through innovative techniques and artist generated content.

“Our community, and the many millions who love Black culture, look to the BET Awards for signature moments of enrichment, entertainment and empowerment. Recognizing the unique role the BET Awards plays for so many, and the challenging times we find ourselves in, we know it was more important than ever to deliver the BET Awards in 2020,” Scott Mills, President of BET, said in a statement.

“For the past twenty years, The BET Awards have paid homage to all things now and relevant. Despite the challenges of today, we will deliver a show filled with larger than life, inspiring, empowering and entertaining moments, which have shown the magic of our culture for over two decades,” Connie Orlando, EVP Specials, Music Programming & Music Strategy at BET added.

The complete list of nominees for The “BET AWARDS” 2020 are:

VIDEO OF THE YEAR

VIDEO DIRECTOR OF THE YEAR

ALBUM OF THE YEAR

CUZ I LOVE YOU LIZZO

PLEASE EXCUSE ME FOR BEING ANTISOCIAL RODDY RICCH

JOHN P. KEE FT. ZACARDI CORTEZ I MADE IT OUT

KIRK FRANKLIN JUST FOR ME

DOLEMITE IS MY NAME

HOMECOMING: A FILM BY BEYONCÉ

SPORTSWOMAN OF THE YEAR

SPORTSMAN OF THE YEAR

What concerts, conventions could look like after restrictions relaxed