Filmmaker hopes to get rapper, activist Killer Mike's attention with I-85 billboard

"Hey Killer Mike, I'm a Black Film Maker. Can you help me get my project on the same movie streaming platform?" the message reads. 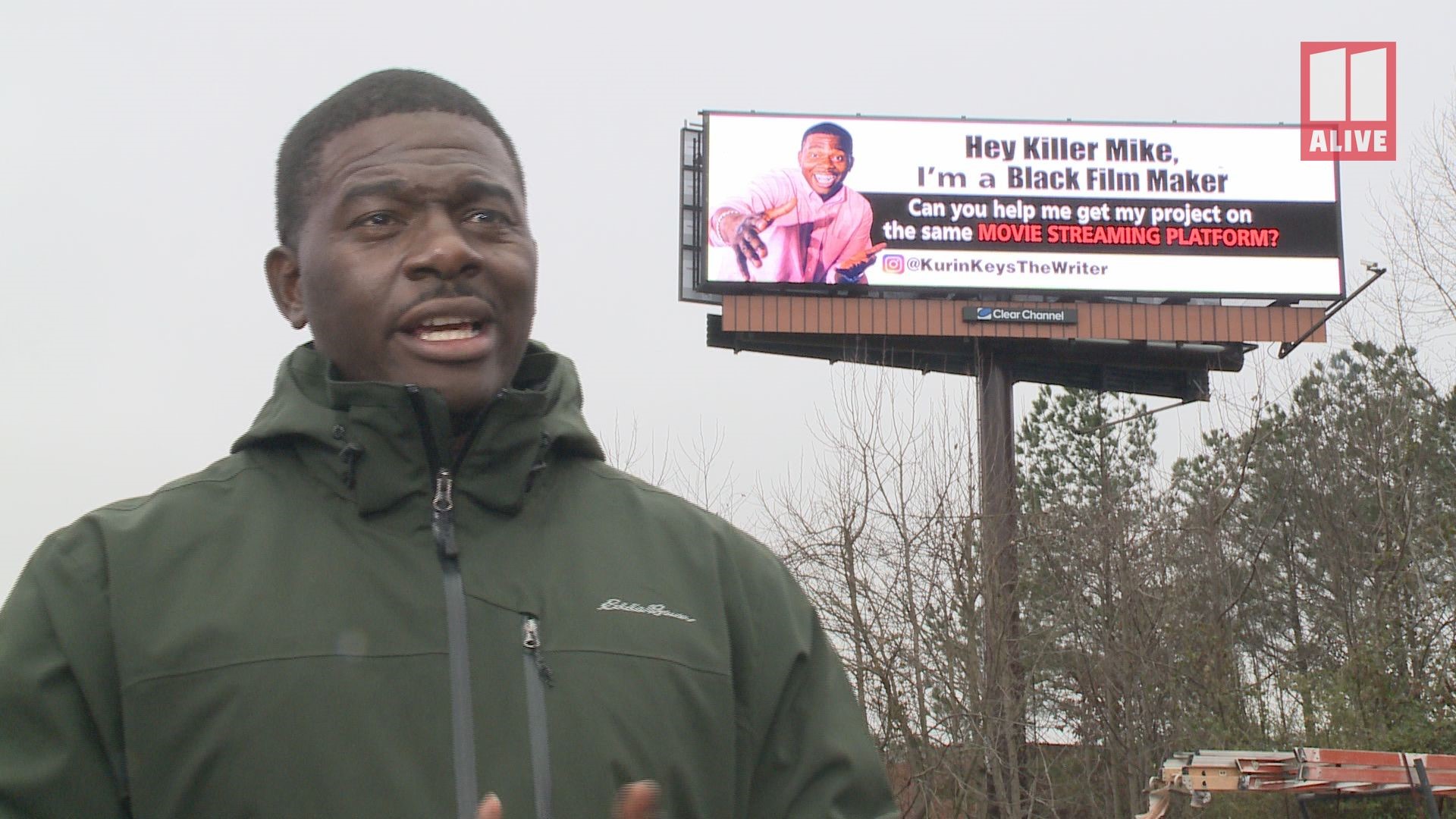 ATLANTA — If you are driving down I-85 South near the Indian Trail exit 101, there's a billboard there that may catch your attention.

But the person behind it is hoping that hip-hop artist and activist Killer Mike sees it... not just you.

"Hey Killer Mike, I'm a Black Film Maker. Can you help me get my project on the same movie streaming platform?" the message reads.

Kurin Keys also posted a photo of the billboard on his Instagram page saying "Never let anyone tell you to stop dreaming!!! @killermike"

"He wants to shop black and stay black so I was like, let's put our name in the hat, so I wanted to put a big enough sign out there," Keys said. "What bigger sign than a billboard."

RELATED: Killer Mike: Rapper, activist, and now the new member of a major Atlanta museum board

Killer Mike, whose real name is Michael Render, has a Netflix original series called  "Trigger Warning with Killer Mike." The streaming website says the show puts his ideas about social change into action.

Keys tells 11Alive he has a show called "The Ish That Don't Work in Marriage," and he's hoping to get more eyes on it. He, along with a group of others, got together to pay for it - which can costs between $4,000 and $10,000 a month. It's been on I-85 for two days now. He plans to keep it up until Killer Mike sees it. Keys' project is currently on Amazon Prime.

"This was really just to show we're not just a business that says, 'Hey, we need help'," Keys said. "We bring something to the table. We'll advertise our own, we'll invest in ourself."

Keys added that the billboard was a way to tell the rapper that he's doing amazing things and that they hope to be "part of the conversation."

Killer Mike, an Atlanta native, leads his label, Grind Time Official Records, and is part of the rap duo Run the Jewels. Last year, he also joined the board of the High Museum of Art.