'Burden' is a dramatic true story about a small town in South Carolina that opened a museum celebrating the Ku Klux Klan. 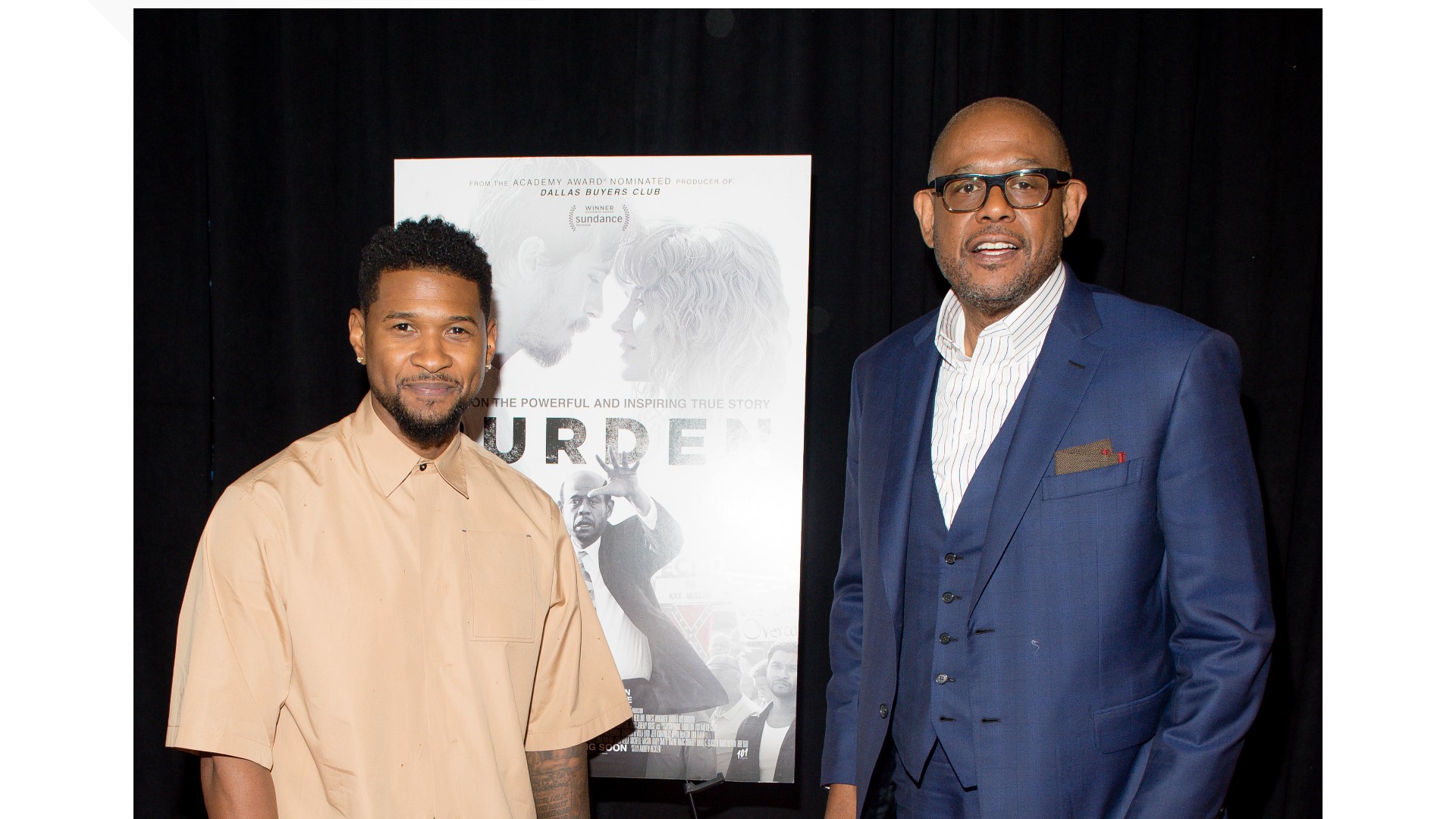 ATLANTA — The cast of the powerful motion picture "Burden" hosted a special screening at Atlanta’s Plaza Theater on Monday night.

Atlanta’s very own Usher Raymond IV, Forest Whitaker, and Crystal Fox all appeared on the red carpet for the big screening.

Other notables in attendance included Judy Burden and Rev. David Kennedy, who both inspired the true story the film is based on. Kennedy is portrayed by Whitaker in the film.

Other celebrities and Atlanta icons, including Lil Yachty, Keri Hilson and T.I., also came by to support the film.

"Burden" is a dramatic true story about a small town in South Carolina that opened a museum celebrating the Ku Klux Klan.

Whitaker plays Rev. Kennedy who is resolved to use everything in his power to prevent long-simmering racial tensions in the community from boiling over.

“Once you understand where a person has come from, you have to work toward bringing change,” Kennedy said.

“It was a battle. It was either me or that,” Burden said.

Heckler said he could not resist writing a story about the act of hate that inspired this story.

“If I read an article that a KKK museum had opened in a small Southern town in 1996 -- that kind of overt bigotry and racism in 1996? I mean, come on," Heckler said. "I felt the obligation when I read those stories.”

Raymond said he reflected on the life of his ancestors while making the film.

“I feel like my character would fight, and he can’t," he said. "He’s like no, in order for you to really understand the experience that Clarence went through. He didn’t fight back."

Whitaker reflected on how African American men have dealt with racial tensions throughout his life while making this movie.

"To be able to go through all the oppression, the stress, and the anger, and to be able to be your own person – strong and true. I was in his (Kennedy) home and he was talking about when he had to put his family on the ground when the helicopters were going over his house, wondering they were going to live or to die," Whitaker said. "We all have a right to live a life full of equality, full of peace and full of love, and I’ll fight for that. He’s a protest minister. That’s what he told me."

Directors of “Burden” chose Georgia as the filming location because it is similar to South Carolina.

Crews shot scenes in the town square in Jackson, Georgia and said they loved the people there.

“Burden” is out in theaters now.