The film starring Will Smith and Martin Lawrence brought in $59 million in the U.S. and Canada entering the Martin Luther King Jr. holiday weekend. 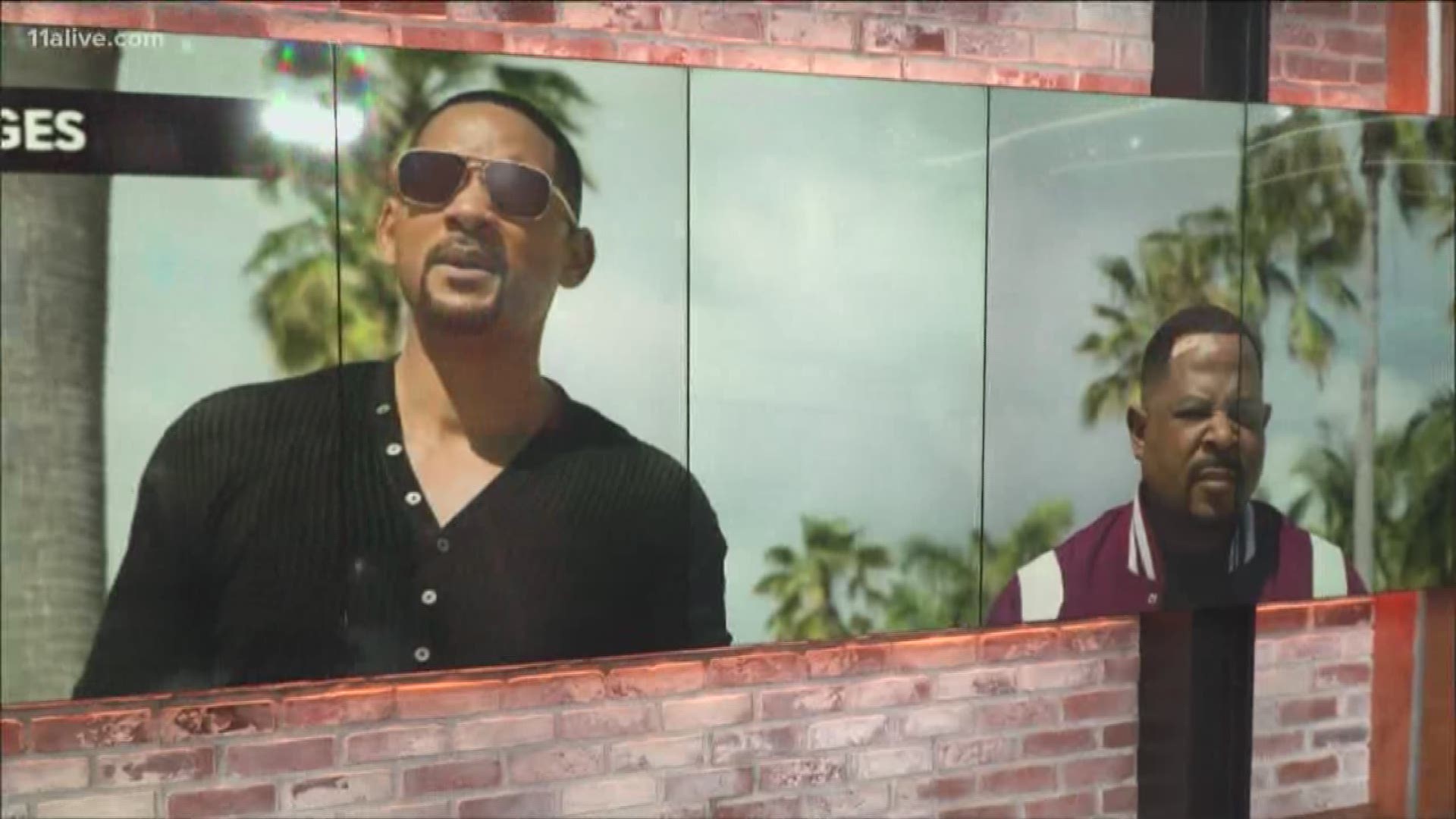 ATLANTA — Fans of the ‘Bad Boys’ movie franchise helped make it a historic success during its opening weekend.

Associated Press reports "Bad Boys for Life" exceeded expectations coming away with a dominating No. 1 showing at the box office. The Sony Pictures film starring Will Smith and Martin Lawrence brought in $59 million in the U.S. and Canada entering the Martin Luther King Jr. holiday weekend.

The third installment to the franchise returned to theaters 17 years after the sequel "Bad Boys II" came out in 2003.

Several scenes were filmed throughout Georgia, up until fall 2019, when Smith and Lawrence were spotted filming scenes at Tyler Perry Studios.

The A-Scene was there during the first day of shooting as Lawrence and Smith filmed scenes near the Waldorf-Astoria on Peachtree Road. Crews blocked off the sidewalk in January of 2019. Check out our gallery below to see some of the actors in action.

There is also a "Bad Boys 4" in the works already. Deadline confirmed Friday that screenwriter Chris Bremner has been set to return and write the script. He co-wrote “Bad Boys For Life”.

Smith was spotted here in Atlanta at the Martin Luther King Center's annual salute to greatness gala over the weekend.

'Not a true story... only for profit:' Kamiyah Mobley's father reacts to Lifetime movie airing this weekend

Famed wrestler, father of The Rock, Rocky Johnson dies at 75