Kemp also met with students at the Georgia Film Academy, according to a release from his office. He was scheduled to appear in Los Angeles at "Georgia Film Day" this week, but postponed his trip after signing the "heartbeat" legislation into law, which outlaws abortion after six weeks -- around the time that a fetal pulse is detectable.

“The television and film industry employs thousands of hardworking Georgians and generates economic opportunity in every corner of our great state,” Kemp said in a statement. “I truly appreciate the investments made by industry leaders – like those here at Pinewood and the Georgia Film Academy – and their commitment to growing their operations and output in the Peach State.”

This comes on the same day that sources confirmed Kristen Wiig’s new comedy is leaving Georgia. The actress has not made a statement but sources told 11Alive her film, “Barb and Star Go to Vista Del Mar,” was in pre-production in the state. Reed Moreno also announced she was moving her Amazon Studios series production out of the state, due to the “heartbeat” legislation.

Georgia was named the “number one filming location in the world” and offers film productions a 30 percent tax credit to attract top talent. The industry has created about 92,000 jobs statewide. Kemp asserted the film industry’s success during Wednesday’s visit.

“Georgia remains a top state for business because of our diverse economy and highly skilled workforce. Going forward, I will continue to advance policies that empower job creators and encourage investment in our state. We will focus on workforce development so hardworking Georgians are ready to meet the demands of a 21st century economy,” Kemp said in the release. 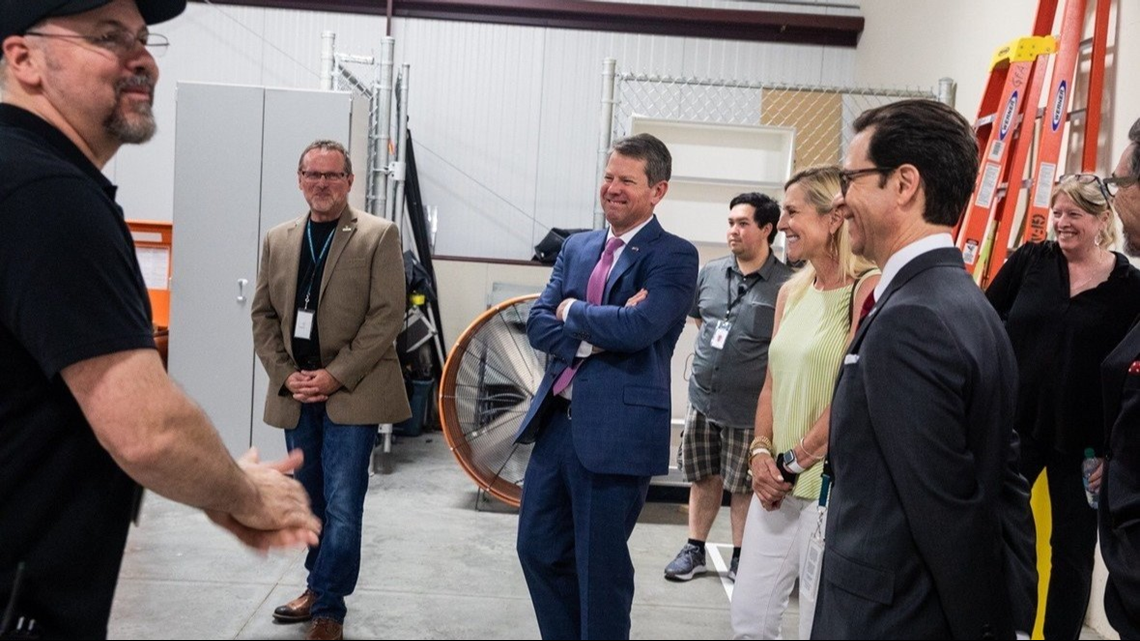