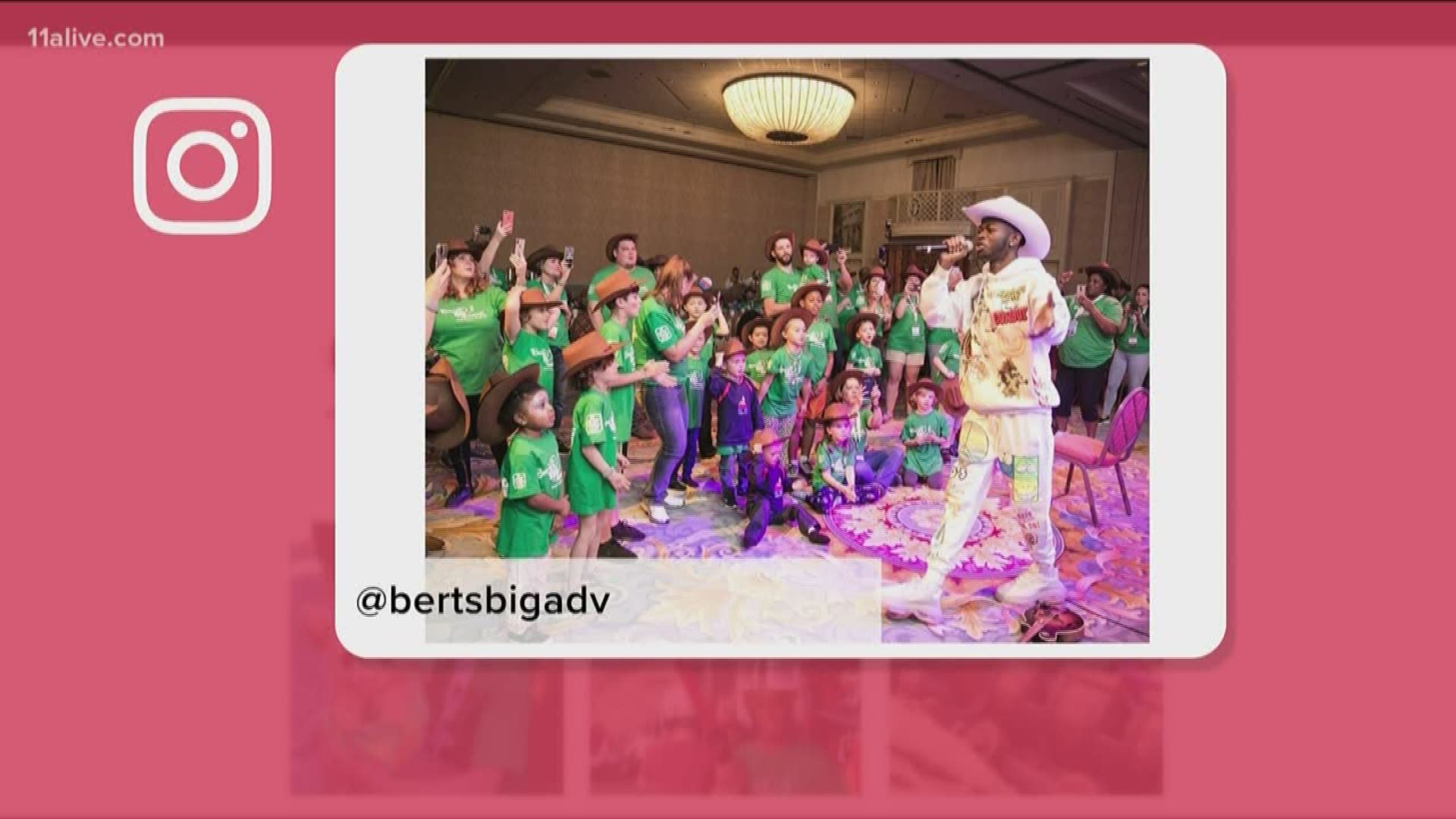 As thousands of people around the world are staying home and practicing social distancing, Lil Nas X, whose real name is Montero Hill, shared a video from home on Instagram.

The video shows Lil Nas X blowing out a candle placed on a slice of bread, while holding an Elmo doll.

The rapper didn't rise to to the top of the charts without overcoming some battles.

Lil Nas X made headlines once again when he revealed that he is gay on social media.

In a tweet on the last day of National LGBTQ Pride Month, while detailing his single “c7osure," Lil Nas X shared a rainbow emoji along with a caption asking for listeners to pay attention to the song's lyrics.

Lil Nas X is from Lithia Springs, Georgia, and worked at Six Flags before starting his recording career.

His humble, hometown beginnings came full circle when the star joined Usher during the red carpet at this year’s Grammys.

What parents should know about 'Trolls World Tour' virtual premiere