How Burt Reynolds was the grandfather to the Georgia film industry

"I just fell in love with Georgia because of every movie that I made here, and I made six pictures here. And they were all successful," Reynolds said. 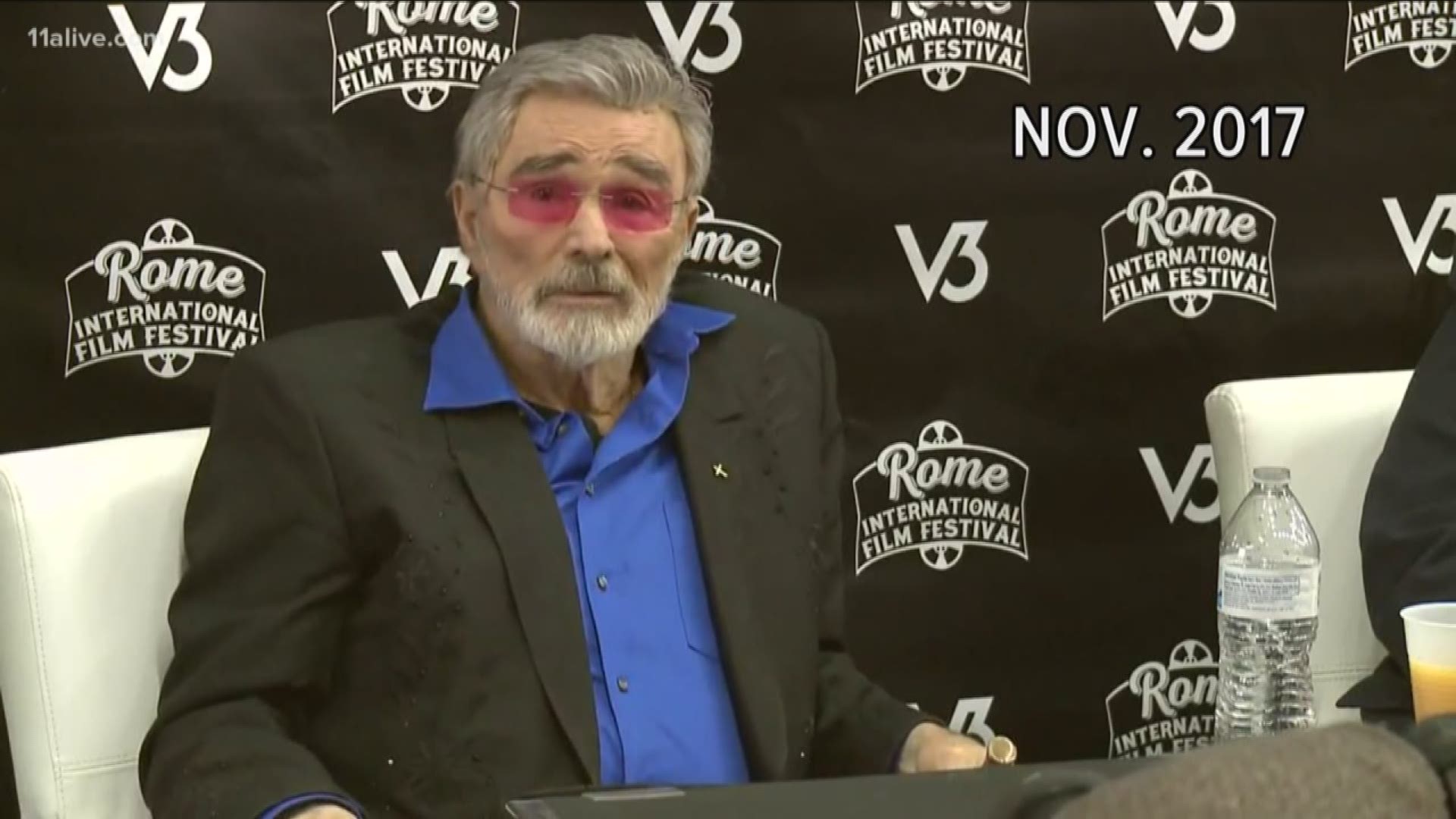 The actor passed away on September 6 at the age of 82.

He talked about his love for the state last November at the Rome International Film Festival in Floyd County.

"I just fell in love with Georgia because of every movie that I made here, and I made six pictures here. And they were all successful," Reynolds said.

But none of it would have happened if it weren't for a refusal and then an off-chance meeting with then-Governor Jimmy Carter.

The 70s had just begun and Reynolds had a script for a creepy film titled Deliverance that he wanted to make. That banjo music playing in your head is for a reason.

►RELATED: Burt Reynolds, star of 'Deliverance' and 'Smokey and the Bandit, dies at 82

Reynolds, desperately wanting to make the movie in his home state Florida, but then-Governor Reubin Askew told him no from Tallahassee. Burt had a small cabin in northwest Georgia and knew of a remote river nearby. He packed his bags and headed for Plains, Georgia.

"Well, I came to the nicest man on the planet and I said, 'Can I shoot a movie here?' And the last governor said he didn't want me too. And he said, 'We'll fix that.' And he was so nice. You all know that, you know that. You don't find anybody like that. He wasn't a politician, he was a nice man who grew nuts," Reynolds said of Jimmy Carter.

1 / 7
Smokey and the Bandit reenactor.

But the money they made off the film was hardly peanuts. It was a huge success.

Carter and Reynolds then got to work starting the Georgia Film Commission to promote film and TV production in our state.

It was an instant success: 26 movies were made in the state before Carter left office to run for President. Reynolds would make five more films here and told everyone he knew to shoot here.

"Every time anybody wants to make a movie with me about something, I ask, Can we shoot this in Georgia?' Even if it's about Africa. I just love coming here, I love the people here. That's what I mean, that's what it's about."

The filmmaking scene here in Georgia now? Nothing compared to the 70s. Big budget comic book movies shoot here. Disney often chooses us over California. The Walking Dead and so many others that we're actually turning movies away.

"There's more demand than there is supply. There are still movies going to other places because there's not enough space in Georgia," Ryan Millsap said with Blackhall Studios.

The tax credits help too, but it's hard to put a price tag on the fact that all of Reynolds movies here in the 70s were successful. You can write a huge check to the studio but if the movies shot here aren't successful, who's going to come. 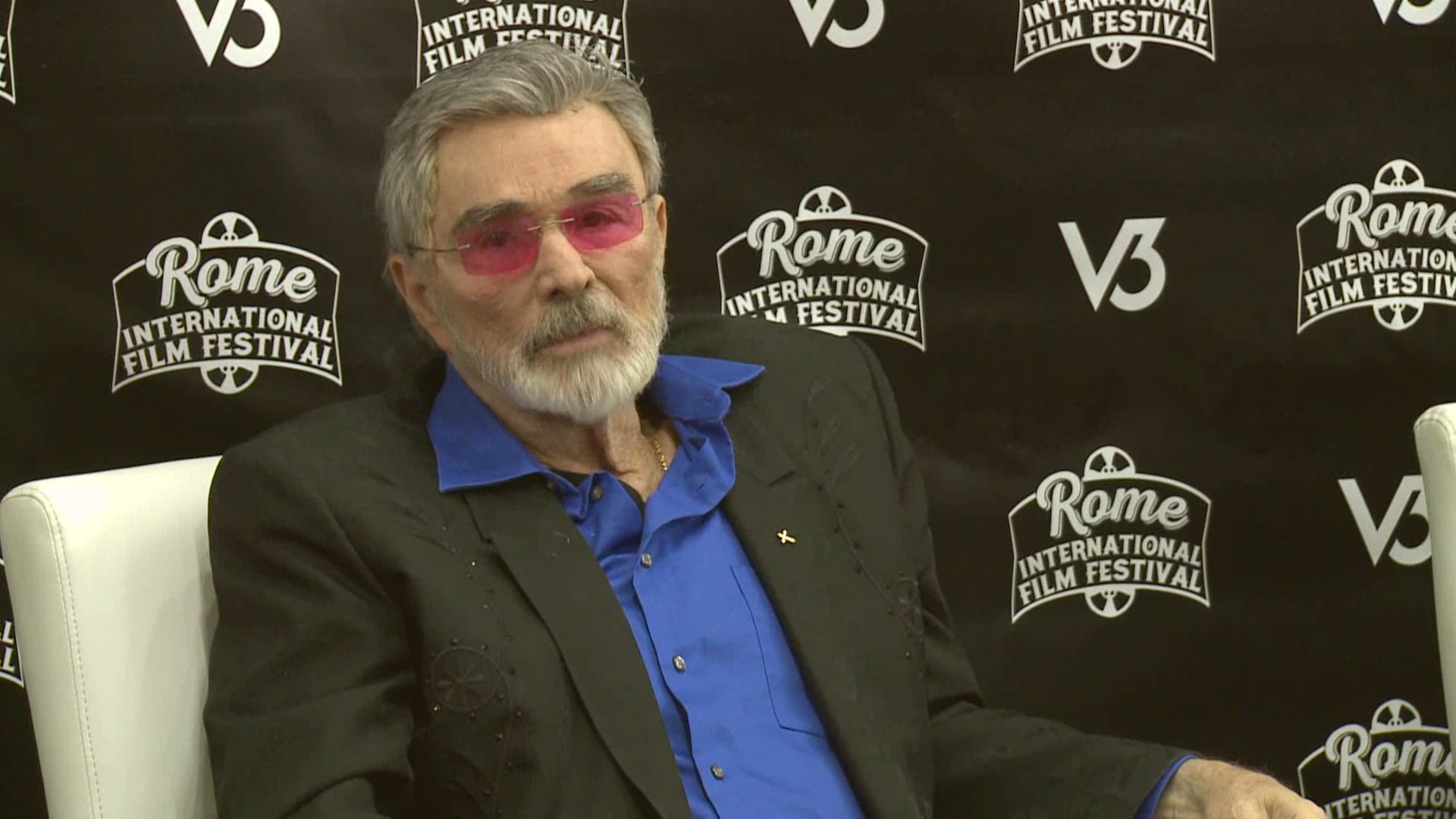 "I couldn't be happier," Reynolds said last year. "This is one of the best places I've ever shot. I've told everybody that I know that. I'm responsible for four or five pictures shot here that I wasn't even in. I said you won't be sorry and they weren't."