'I think we're in a great position' | Where has COVID-19 left Georgia's TV & film industry?

For the last decade Georgia’s TV and film industry has become the number one location to film in the world. 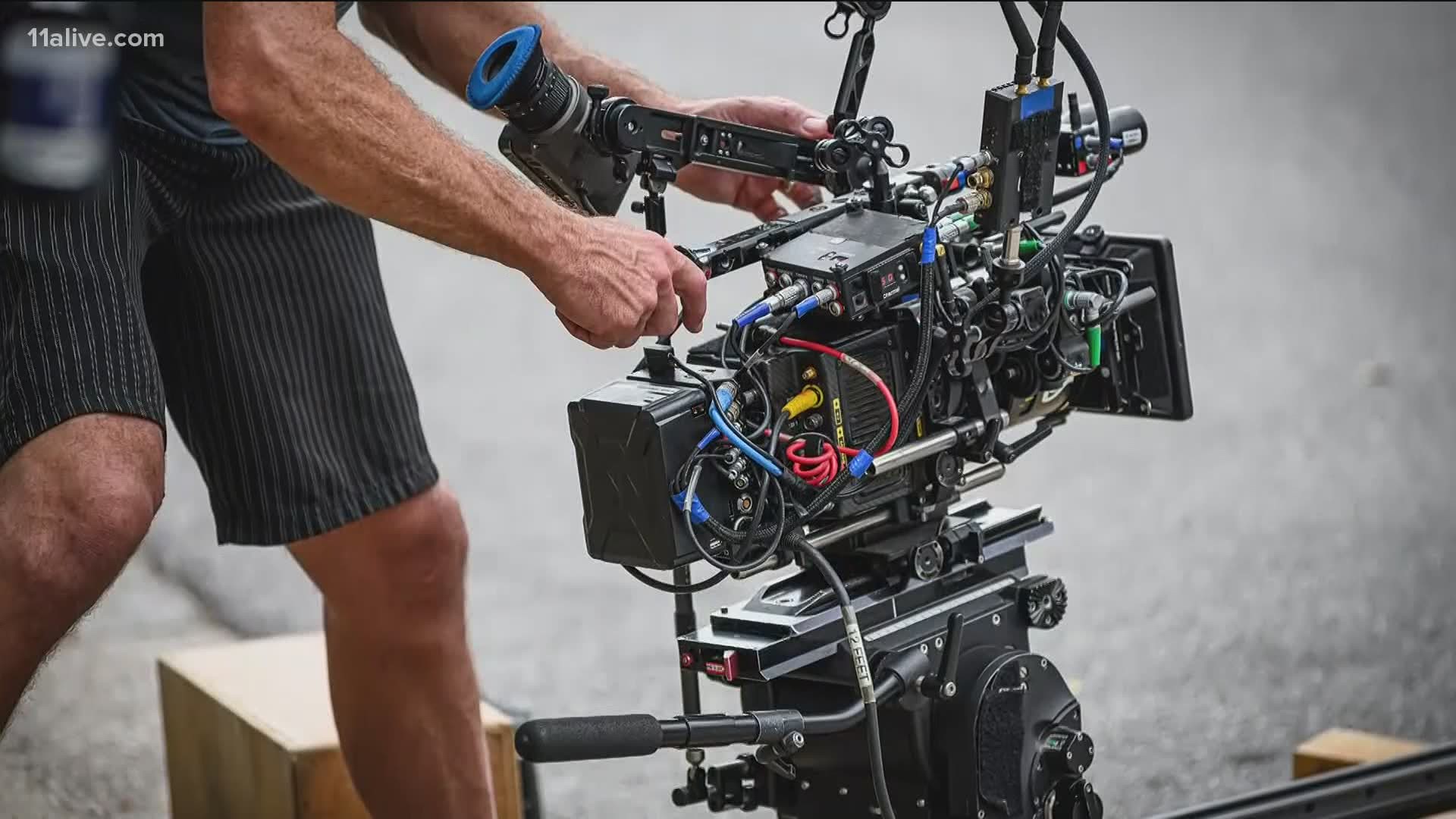 ATLANTA — Filming in Georgia is back in action with more than two dozen projects now being filmed across the state. But how much of an impact does has the coronavirus had on the production industry just barely getting started here, compared to Hollywood's established infrastructure?

The A-Scene’s Francesca Amiker sat down with the head of the Georgia Film, Music & Digital Entertainment Office to find out.

For the last decade, Georgia’s TV and film industry has become the number one location to film in the world - producing top projects like "Black Panther," "Selma," "Anchorman 2" and everything in between.

But when the coronavirus pandemic caused production to come to a screeching halt in March for the more than 51,000 Georgians the industry employs, the work didn’t exactly stop.

“I think we are in a great position,” Lee Thomas, Deputy Commissioner of the Georgia Film, Music & Digital Entertainment Office said. “We know of a transportation coordinator who is feeding hospital workers at Piedmont Hospital. We had customers that were not selling costumes, they were selling masks to give to healthcare professionals, there were construction workers, very skilled people in a lot of different areas. Rather than building a set, they were putting together mobile hospital units to go to those hospitals in Albany.”

Thomas has been busy. In fact, she’s a part of the team who developed the best practices guide which, after consulting with Disney, Netflix and major studios, quickly became the TV and film industry standard for safety during the pandemic.

"We did that in anticipation knowing that the unions were going to have their own guidelines and mandates coming out. Ours were not mandates, they were best practices," Thomas said.

Practices what would help the industry get back on its feet, after peaking in fiscal year 2019 at $2.9 billion.

According to the Georgia Film Office the industry took a dip to $2.2 billion when the coronavirus pandemic stopped production during the fourth quarter of the last fiscal year.

But things are looking up. According to a statement by Gov. Brian Kemp, an estimated 40,000 production workers will find jobs at 75 projects which are expected to film over the next 18 months.

Deputy Commissioner Thomas said the safety practices and controllable environments for stages are a glimpse of how more sets will operate in the future - pandemic and beyond.

“I think right now people are really gravitating towards controllable environments, being on stage rather than going to different locations every day where there are a lot of extra safety protocols, there’s a lot of cleaning on the front end and back end. So, I think being in a stage space makes them feel really comfortable. I think that’s been a real asset to us at this time,” Thomas said.

Lee said the opportunities are endless right now because production are spending on average 20% more on each project just to deal with safety protocols like cleaning on the front and back end, and needing more drivers due to safety protocols.