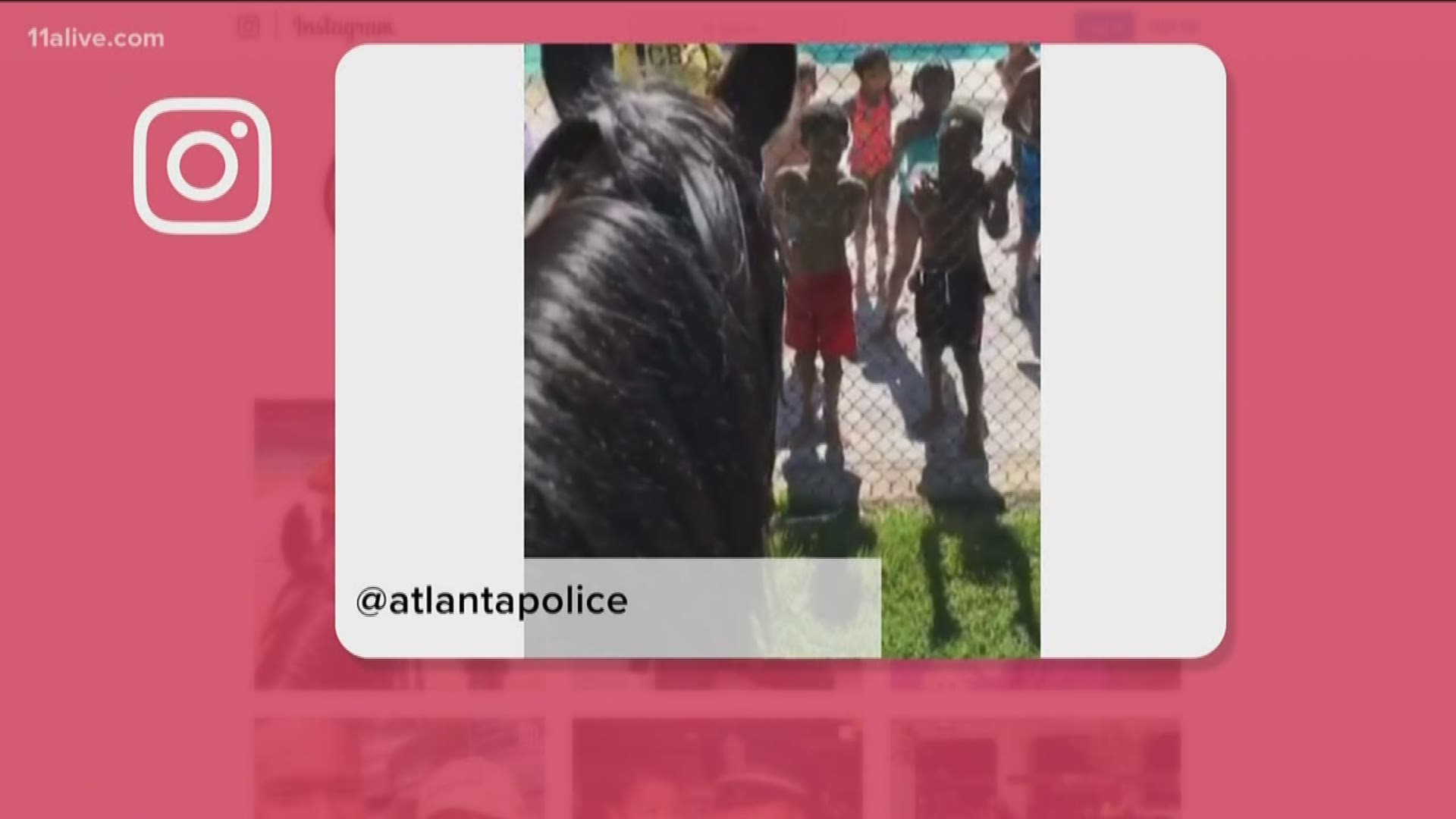 ATLANTA — This song is everywhere ... and it's probably not going away anytime soon.

A group of kids took the time to serenade a horse of the Atlanta Police Department's mounted patrol unit at Grant Park. Of course, they sang "Old Town Road" by Lil Nas X.

"I'm gonna take my horse to the Old Town Road," the children chanted as the officer laughed. The clip was posted on APD's Instagram page.

"Mounted Commander Lt. Greg Lyon sang along while patrolling on Drifter," the posts reads. "Thanks to the kids for cheering us on, we are going to ride ‘til we can’t no more!"

People in the comments enjoyed the clip with many saying "this is good" and "love this".

Lil Nas X, whose real name is Montero Lamar Hill, is a 19-year-old from metro Atlanta. His country-inspired song has gone viral and has been at the top of music charts.

It was removed from the Hot Country Songs charts after debuting at No. 19 for "not being country enough," causing major controversy. When Billy Ray Cyrus jumped in on the remix, it garnered a record-number of streams and became one of the the biggest singles of 2019.