On Tuesday, the rapper participated in a cycling class at Piedmont Wellness Center inside Pinewood Forest in Fayetteville. 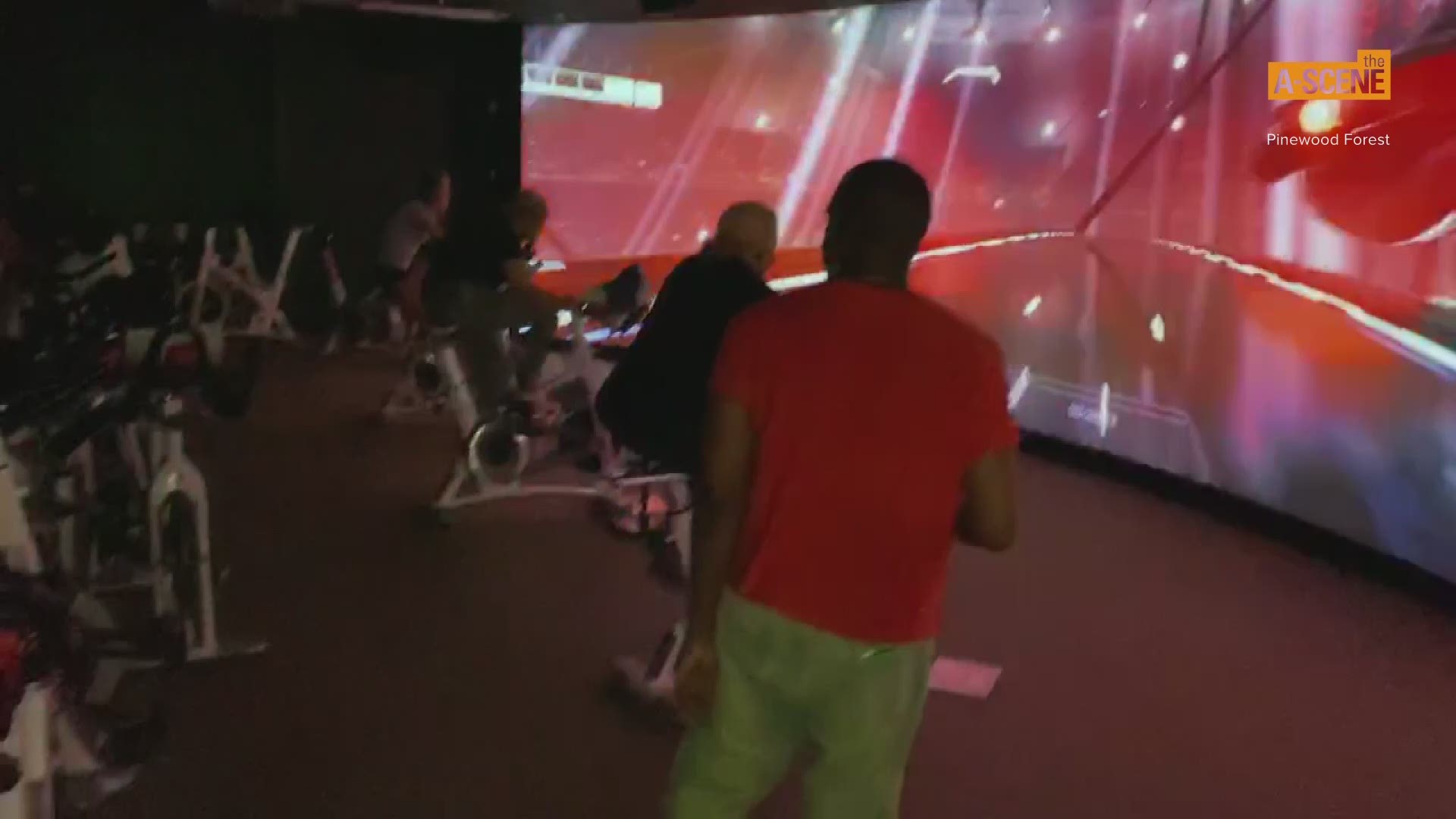 ATLANTA — Kanye West gave gym members quite the surprise when he popped in an exercise session at a facility in metro Atlanta.

On Tuesday, the rapper participated in a cycling class at Piedmont Wellness Center inside Pinewood Forest in Fayetteville.

Not only did the Grammy-award winning songwriter work on his fitness, but West made his way down a slide and tweeted about it!

And like any A-Lister, the video was captured by Dan Cathy, CEO of Chik-fil-A. (Check out our video in the player above)

While details on what West is planning in Georgia have not been released, he's certainly enjoying lots of sweet tea and chicken in the process.

West snapped a photo of what appears to be planning for another Sunday Service gospel event in Georgia.

Before the pandemic, he hosted a weekly gospel and worship series in cities throughout the country. West eventually performed a service at New Birth Missionary Baptist Church in Stonecrest.

Throughout his Georgia travel, West ate more Chick-fil-A and documented it on social media. Fans went wild when he posted a photo of comedian and talk show host Steve Harvey.

“Me and Steve Harvey was hungry,” West tweeted, with a photo of the Family Feud host munching on a chicken deluxe sandwich.

Harvey is back in town filming new episodes of Family Feud. Production for the show has returned back to Atlanta and is now looking for local families to participate.

West appeared on the celebrity edition of the show with his wife Kim Kardashian West.

CEO’s Dan and Bubba Cathy blessed the superstar luncheon by giving grace while holding their own chicken sandwiches.

West has been making trips around the country after announcing himself as an unaffiliated presidential candidate.

He recently postponed the release of "DONDA," an album originally slated for release last month.

West and Steve must've had quite the appetite because Everything Georgia reports they joined former Los Angeles Lakers player Rick Fox in Griffin at Truett's cafe, which is owned by Chick-fil-A.