The weekly gospel and worship series from the influential musician has hit the road, coming to Atlanta this week. 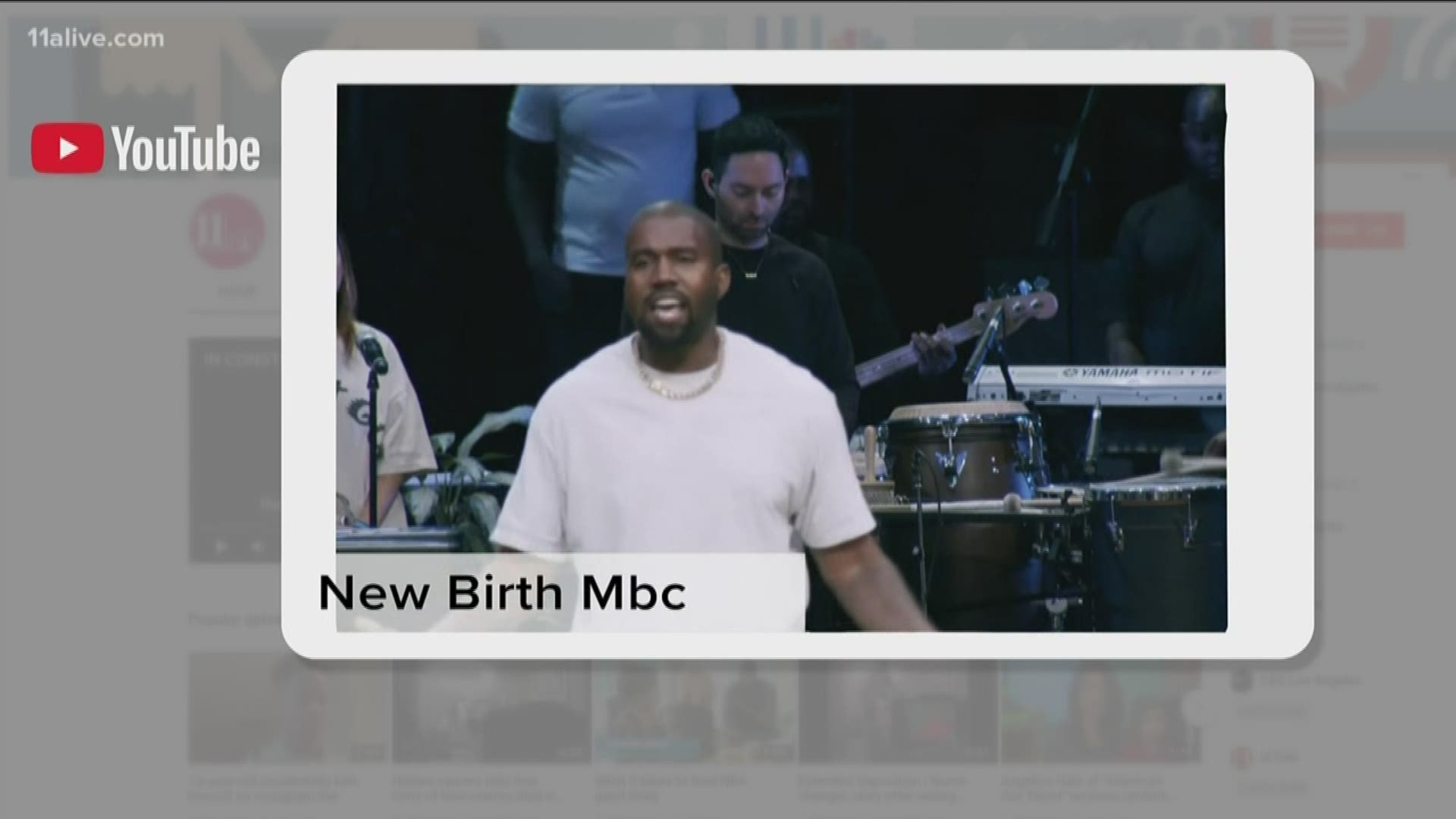 STONECREST, Ga. — Musician Kanye West showed up at a metro Atlanta megachurch on Sunday as part of his pop-up "Sunday Service" series of appearances.

The appearance, at New Birth Missionary Baptist Church in Stonecrest, was a surprise for many.

Posts on the church's social media pages and elsewhere began touting the appearance earlier in the week, prompting lines outside the sanctuary on Woodrow Road in DeKalb County to begin forming well in advance of the Sunday morning service.

Part concert, part church service, the Sunday Service series consists of mostly gospel music written and performed by West, backed by a choir and with the participation of the attendees -- or congregation, if you will.

West's Sunday Service appearances, primarily have occurred in southern California, but have, in recent months, traveled elsewhere, going to Dayton, Ohio, shortly after the mass shootings in that city's Oregon Historic District in August.

Most people became familiar with the Sunday Service event through his performance at Coachella on Easter Sunday. Additional performances in southern California have followed.

West is expected to drop a new album featuring gospel songs entitled "Jesus Is King." A photo with what appears to be the tracklist for the new album was shared by Kardashian West last month on Twitter, and is also on West's website. The new album is expected to be released on September 29.

Broadway's ONCE will play Fox Theatre for one night