Kim Kardashian reveals she is ending reality show with family

West, who recently visited Atlanta with her husband Kayne West on Sunday, told viewers that it’s time to say goodbye after 20 seasons. 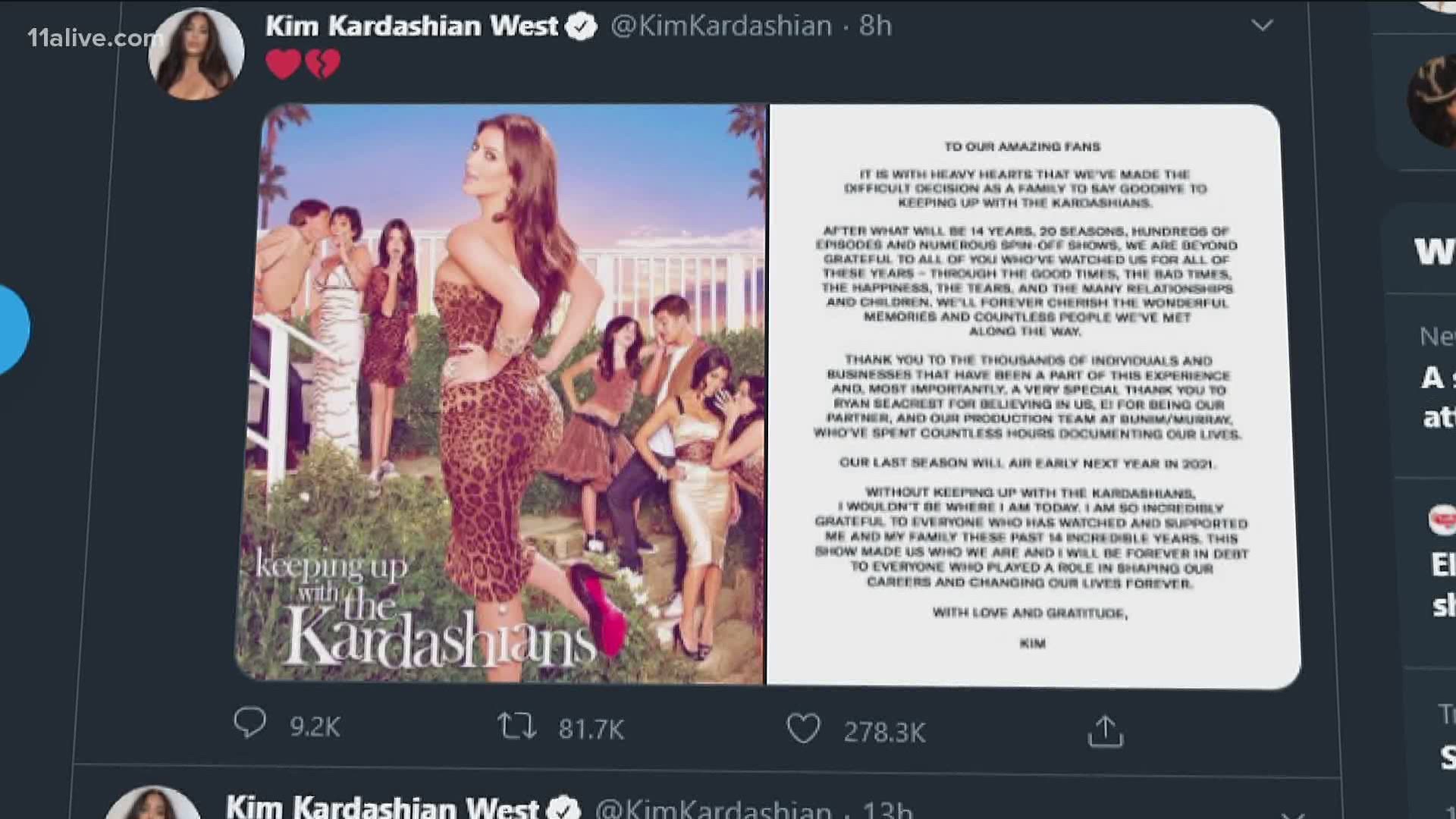 ATLANTA — Kim Kardashian West shook up social media Wednesday afternoon after announcing that she and the rest of her family will end their long-running reality series “Keeping Up With The Kardashians.”

West, who recently visited Atlanta with her husband Kayne West on Sunday, told viewers that it’s time to say goodbye after 20 seasons.

The KKW beauty mogul revealed that she and her co-stars “made a difficult decision as a family to say goodbye to Keeping Up With The Kardashians.”

“After what will be 14 years, 20 seasons, hundreds of episodes and numerous spin-offs shows, we are beyond grateful to all of you who’ve watched us for all these years, through the good times, the bad times, the happiness, the tears, and the many relationships and children," the reality star wrote. "We’ll cherish the wonderful memories and countless people we’ve met along the way."

Back in 2007, Kardashian, the Beverly Hills socialite that became a household name following her public romantic affair with singer Ray J. She skyrocketed to fame when she and her mom Kris Jenner partnered with Ryan Seacrest and Bunim/Murray productions for a reality show on E!

The show became a long-time pop culture sensation and the E! network’s most popular series. The Kardashian-Jenner sisters have also launched multi-million-dollar careers in the fashion and beauty industry.

A hashtag for Kris Jenner trended on Twitter after their show's finale was announced, with several users pointing out the successful career as family's manager.

“Without Keeping Up With The Kardashians, I wouldn’t be where I am today. I am so incredibly grateful to everyone who played a role in shaping our careers and changing our lives in forever. With love and gratitude,” West wrote.

The final season of “Keeping Up With The Kardashians” will air next year in 2021.