Lena said it looks like she may have an issue with Dove after being tapped to create a series that has similarities with an Atlanta filmmaker's unreleased work. 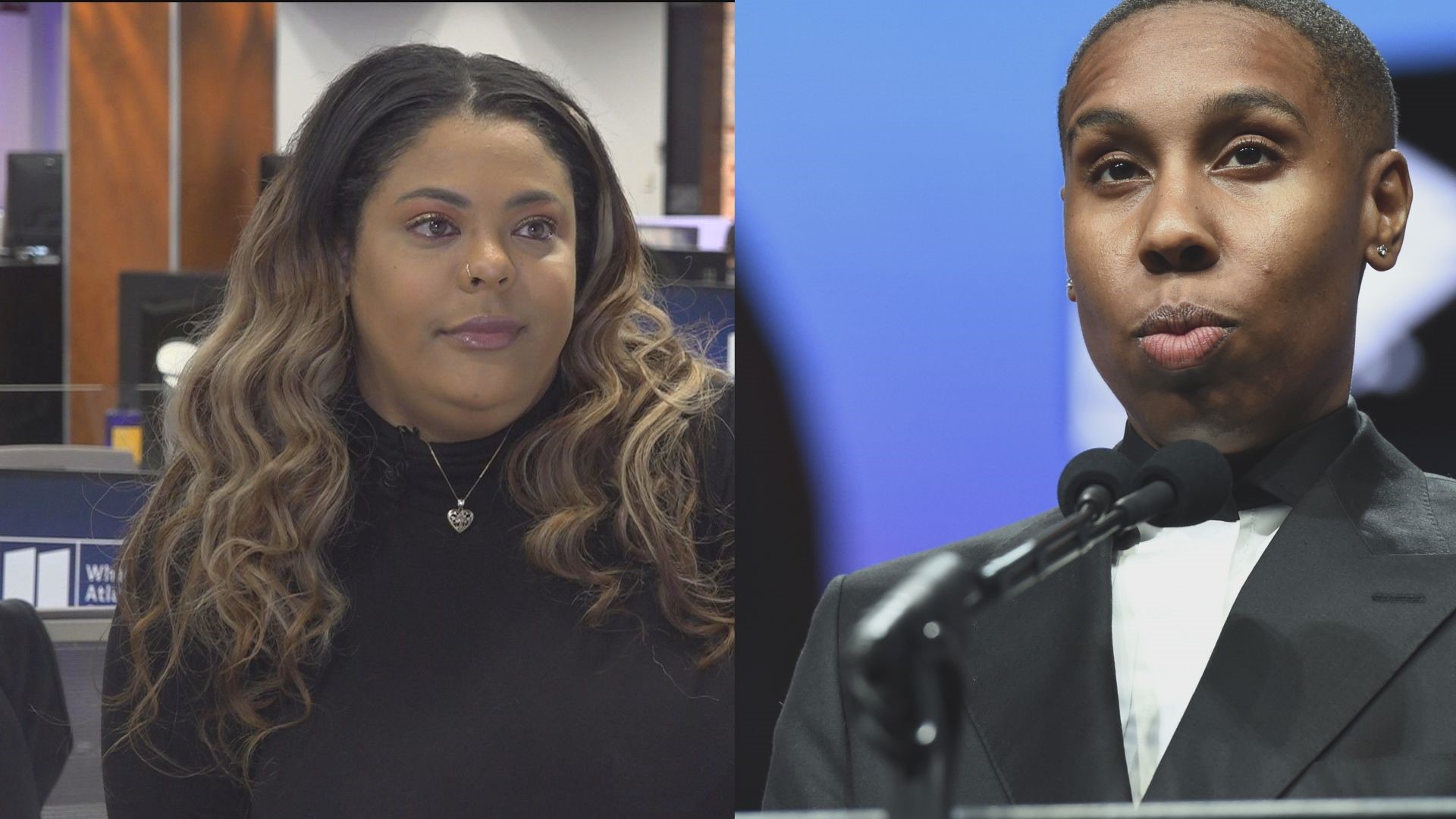 ATLANTA — Director Lena Waithe is currently filming the second season of the BET show “Boomerang” in Atlanta. She’s also now under fire via Twitter where people allege that she stole a local film maker’s show concept.

This all began on Friday when DOVE announced their new series “Girls Room,” created by Waithe.

Dove and Waithe partnered for the series about a group of high school friends dealing with bullies, social media, body insecurities, and so much more.

When viewers saw the trailer, some noticed some similarities between a project that filmmaker Nina Lee created back in 2017.

In a tweet, Lena denied the accusations of copying the Atlanta screenwriter’s work saying that she was "brought on to write the scripts and produce the content. I have never seen Nina Lee’s work nor would I ever steal another artist’s work”

11Alive spoke with Lee to get her view. After finding herself at the center of a Twitter firestorm about her film “Girls Room,” an original series that was unreleased in 2017, Lee is still left wondering the reason for the odd similarities between the projects.

Lee spoke with The A-Scene moments after her phone conversation with Waithe and revealed that Lena simply wants her name out of the conversation and told Lee to ask Dove for the answers.

“I have not gotten a response from Dove, and they’ve kind of just been ignoring me.  I did reach out, but they have not reached back to me personally,” Lee said. “I did talk to Lena. She told me she would never steal from a black woman, but  it sounds like I may have an issue with Dove.”’

“Lena said that someone came to Dove with the idea, and Dove liked the idea and brought her in 2018. I still [thought] that’s too much of coincidence for someone to come to Dove in 2017 while we were doing all this promo. And, I feel like that is just a little coincidental that someone [has] this idea about black girls in a bathroom going through issues,” Lee said.

Dove sent us the following statement;

Dove developed the Girls Room concept in early 2017, a unique series designed to shed light on the daily challenges young girls face and overcome, such as the pressures of social media, bullying and dealing with low self-esteem. The series is based on the Dove Self-Esteem Project’s research which shows over half of girls around the world have low body confidence. Girls Room follows a group of girls around intimate moments spent in bathrooms – a place of vulnerability, where they come face to face with the mirror, shape their sense of self, and deal with insecurities.

In 2019, we were proud to bring on ATTN: to produce and Lena as the writer to help bring the concept to life. We’re sad to see conversations suggesting that any part of our Girls Room project was based on other creative work, and specifically that Lena was involved in that. Lena Waithe had no part in naming the series or its look and feel. We were first made aware of Nina Lee’s work this week and we respect her passion for her art. We remain committed to supporting women in creative industries and empowering young girls.

Lee said she hopes to do bigger films and has also written and created other projects since “Girls Room” went unreleased. Her voice will appear in an upcoming Adult Swim series “Spooky Dreams” coming out this spring.

Coincidentally, Lee will appear as two characters in a bathroom.

Contestants from Georgia appear in 'Love is Blind' on Netflix