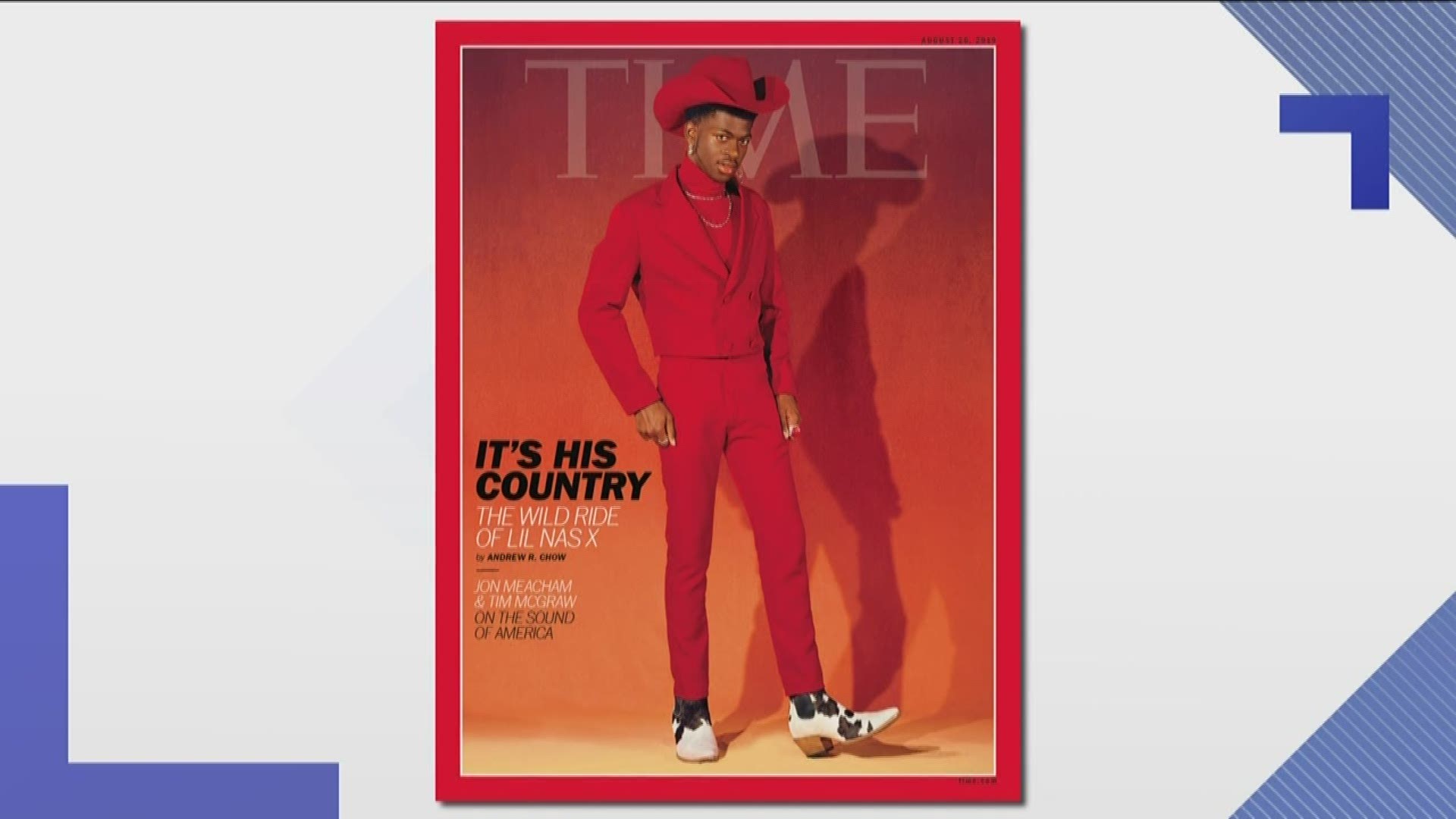 ATLANTA — He told you he was taking his horse to the "Old Town Road." Now, it has landed him on the cover of TIME.

Rapper Lil Nas X is still making headlines. The magazine interviewed the metro Atlanta native about his success and his hit record.

Dressed in a red suit with a matching hat and cowboy boots, the music artist graces the front cover.

There's no need to check to see what's at the top of the Hot 100 Billboard list because "Old Town Road" has been in the No.1 peak position for weeks.

The rapper and singer, whose real name is Montero Hill, didn't rise to that spot without overcoming some battles.

Lil Nas X made headlines once again this year when he revealed that he is gay on social media.

RELATED: Lil Nas X to haters upset over his coming out: 'I'm not angry'

In a tweet on the last day of National LGBTQ Pride Month detailing his single “c7osure," Lil Nas X shared a rainbow emoji along with a caption asking for listeners to pay attention to the song's lyrics.

And at 20 years old, he's dominating popular culture, TIME wrote in its feature.

“Everything lined up for this moment to take me to this place,” he told TIME. “Not to sound self-centered, but it feels like I’m chosen, in a way, to do this stuff.”

Lil Nas X is a native of Lithia Springs, Georgia, and worked locally at Zaxby's and Six Flags before he became a full-time musician.

Lil Nas X sets new Billboard record for most weeks at No.1