In less than a year, the 20-year-old rapper, singer, and songwriter became a household name and broke Billboard records. 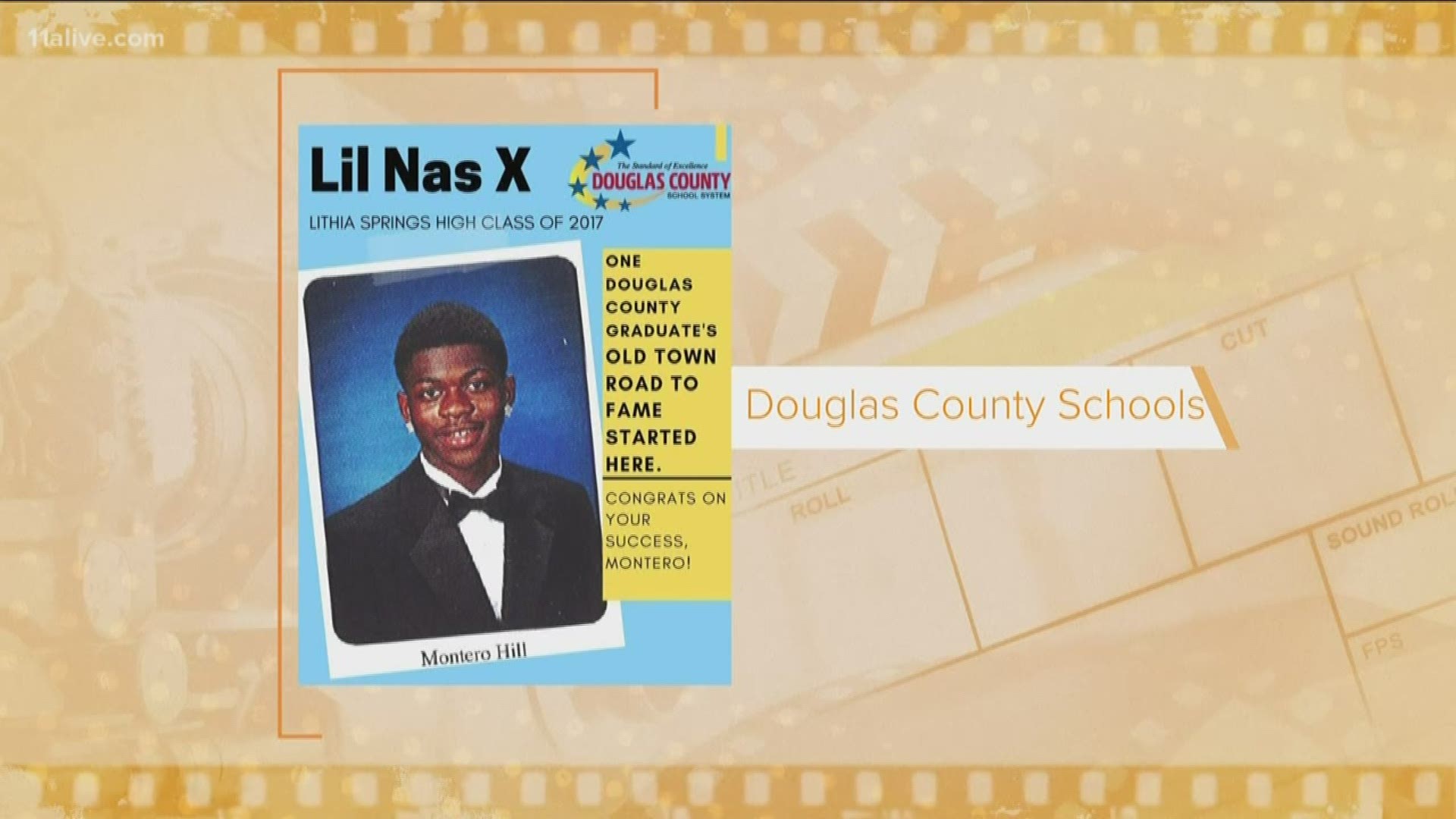 ATLANTA — If you've powered on the radio, TV, or  Internet you probably have heard “Old Town Road” by Lil Nas X. The clip has been streamed more than 300 million times on Youtube!

In less than a year, the 20-year-old rapper, singer and songwriter became a household name and broke Billboard records.

It almost feels like Lil Nas X has been a pop culture figure for some time, but where did it all begin?

Montero Lamar Hill, the star’s real name, is a native of Lithia Springs, Georgia, and worked locally at Zaxby's and Six Flags before he became a full-time musician.

The scene was a lot different than when he graduated back in 2017.

This time, with excited fans and CBS anchor Gayle King for a CBS Early Morning feature.

A teaser shows the star posing with the school's admin staff.

The two discussed how the star’s rise to fame and personal life is being played out in front of millions. Lil Nas X came out during the last day of pride, this year.

Country singer Billy Ray Cyrus performed on a remix of "Old Town Road" with Lil Nas X in April, which became an even bigger hit.

Why Don't We, rising pop stars, shut down this Atlanta art gallery

It’s official! 'Stranger Things' has been renewed for season 4